I had the pleasure of interviewing Katia Raina and Sofiya Pasternack, two authors who each have a 2019 debut novel that takes place in Russia and deals with anti-Semitism. Although Katia wrote a realistic young adult novel and Sofiya wrote a middle grade fantasy, these two debut authors each chose this very specific setting because of their own personal or family history.

Their discussion on how they were each drawn to such a specific setting, what role their childhoods played in their novels, and what type of research they needed to bring this setting to an American audience will give writers insight on how they might use their own childhood experiences or family roots in a novel.

Tell me a little bit about your novel.

Katia: Set in the last year of collapsing Communist Russia, Castle of Concrete (Young Europe Books, 2019) follows a shy daughter of a Jewish dissident falling in love with a young man who may be anti-Semitic.

Though it is very much a YA novel, adults, especially those interested in history and identity, seem to be an audience for it also. As long as they don’t mind the teenage angst!

Sofiya: Anya and The Dragon (Houghton Mifflin Harcourt, 2019)- In 10th Century Kievan Rus’, Anya’s family is the only Jewish one in her tiny village. Since her papa left for the war waging to the south, the family has been struggling, and when the anti-Semitic magistrate hikes their taxes even higher, they encounter the very real risk of losing their home.

When Anya is presented with the opportunity to hunt a dragon and earn money to save her home, she takes it immediately. But after meeting the dragon—naive, friendly, and young—her plans fracture, and she’s faced with the decision: save her family, or save the dragon.

You both have Russian/Ukrainian and Jewish family roots. What role did your personal life play in writing your novel?

Katia: To be honest, this novel has a lot of me and my adolescent experiences in it. Some pain, too. I grew up missing my brave, adventurous mama. I grew up wanting to shine. I grew up a “hidden” Russian-looking Jew in [the Soviet Union] a country and a time where advertising your Jewishness would be a foolish thing to do.

I grew up, breathing anti-Semitism in, like polluted air, it was everywhere. Most of it was underhanded and under the current: jokes, slurs. It made me feel both smaller and bigger, in some ways, feeling kind of dirty, but also proud. Mostly, it made me wonder, why was I different? Why do people do this? These pent-up questions and frustrations fueled Castle of Concrete.

Sofiya: I’ve actually never been to Russia! My family is Ukrainian. I didn’t grow up particularly Jewish. It just wasn’t a priority for my parents, and it never became a priority for me as a kid.

My grandmother would speak broken German/Yiddish at my sister and I, but that was about it. Her family had been uprooted and splintered by World War II, and as they fled Germany and Denmark, they left their faith behind.

I knew my family was Jewish, but since we never went to shul, I always kind of felt like I was on the outside of that community. I had Jewish friends in high school who all went on a Birthright trip and encouraged me to sign up to go, but I felt like such an impostor so I never went.

As an adult, I’ve gotten back into my Jewish roots way more, but there’s still that feeling of isolation and being outside of the community (even though the Jewish community where I live is nothing but welcoming).

So when I was putting Anya’s story together, I mirrored my own family’s history. Anya’s grandmother lived in Khazaria as it was being invaded by Svyatoslav I, and her entire village and family were destroyed. She fled into her enemy’s country because that was the only place to go.

To keep her children safe she kept her faith a secret. She purposefully isolates her family because she’s afraid if she joins up with too many other Jews, someone will come and raze their village again. Anya has had a very piecemeal Jewish upbringing, like I had, but is still dedicated to her faith in the best way she knows how.

Despite having a personal history with Russia and Judaism, I imagine you both had to do a lot of research for your novels. How much research did you have to do and how did you approach that research?

Katia: You are absolutely right, deep personal knowledge or not, research was essential for me. And so much fun! I read a bunch of nonfiction, including newspapers of the time. I immersed myself in first-hand accounts, songs and documentaries.

But my favorite part and most important approach? It was visiting Moscow and its environs—coming back as an adult, a notebook in hand, the first draft of Castle already written, a list of settings and places to visit. I was a somewhat experienced newspaper reporter at the time, and this was how I approached my visit: like a journalist.

Every place I went to, I just wrote down everything using the five sense, documenting the feel of it all, from the McDonalds at the center of Moscow, to the circus, to the cross-country train (yes, I sneaked in on board for a few minutes before the train departed!)

Sofiya: I had to do a lot of historical research! Sometimes I would get hung up on the weirdest stuff for days—figuring out what time a sunset would have been on a particular day in a particular year, what temperature averages were at the time, what species of goats they realistically would have kept, how Anya would have gotten flour for her challah, etc. Once I knew all that stuff, I had to decide what to keep and what I needed to get rid of.

The time period I wrote the story in actually predates the Great Schism, so Eastern Orthodoxy didn’t exist in Russia yet. However, all of my Catholic/Orthodox beta readers pointed out some things that Ivan’s Catholic family did and got caught on that part of the story, so I changed it.

The species of goat Anya’s family keeps wouldn’t have existed at that time (they would have been brown, not white). Judaism looked way different back then than it does now, especially the type of Judaism Anya’s grandmother would have brought with her from Khazaria.

As far as we can speculate based on existing historical records, the Khazars were pretty lax with their practices, since they adopted it alongside Tengrism and didn’t have much contact with other Jewish nations. Since there aren’t many solid records about Khazaria, I conjectured a lot, and one thing I conjectured in was a version of a bat mitzvah that they would have done.

How hard or easy was it to write for an American audience? Did you feel you needed to consider information your audience might not know about Russia or Judaism?

Katia: Through most of the early drafts of the story I didn’t really focus on the audience, American or otherwise. I was too busy getting it all straight, telling myself the story.

In the later drafts, yes, the challenges came. How can I make them see what I see? How can I make them know what I know, and not confuse them? Helping the audience learn about Judaism was easier for me, since my Sonya, also was learning about it throughout her journey.

The Russian politics—there, I had to find more of a balance between not giving enough information and not getting too heavy with it. I worked that balance out with my many, many rewrites.

Mostly, I was longing to use Russian expressions and jokes, translated as closely as possible. With that, I did have to fight some battles, most recently with my publisher, who asked me quite a few times, as politely as possible, “that sounds a little weird, what does this actually mean?”

Sofiya: I wanted this to appeal to an English-speaking audience from the get-go, since this involves a lot of really fun references to popular Russian folk heroes and stuff.

Someone from Russia will come into this having prior knowledge of a domovoi, rusalka, or bogatyr, but Americans don’t.

I got a lot of polite editorial notes like, “Can you explain this?” The names gave my editor a lot of pause wrapping her head around.

I think the concept of patronymics aren’t too hard for Americans to grasp, but the social interactions involving how you introduce yourself, who calls who by what name, etc, can be a bit much. I had to add in a lot of specifications about why Anya wouldn’t tell someone her family name right away, why she would initially refuse to call Ivan a name like Vanya or Ivanushka, and why it would be disrespectful for a certain character to call someone else by their given name. 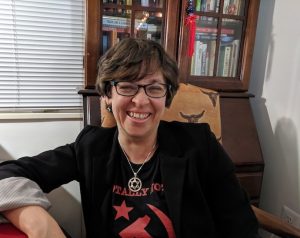 Katia Raina teaches sixth grade in Washington, D.C. and every day is an adventure.

She has a MFA in Writing for Children and Young Adults from the Vermont College of Fine Arts. Her debut novel is Castle of Concrete (Young Europe Books, 2019). 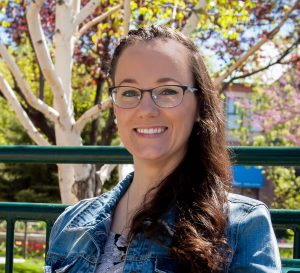 Sofiya Pasternack is an author and nurse whose fondest childhood memories involve her pet goats wrecking up the house.

Robin Galbraith has a MFA in Writing for Children and Young Adults from the Vermont College of Fine Arts. Halloween is Robin’s favorite holiday because she gets to dress up like a witch and give out books for her Halloween Book Project.