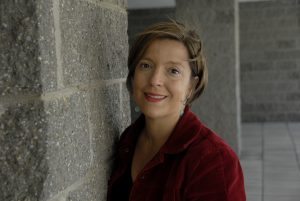 What are we to make of the knowledge that we share DNA with a banana?

No, I’m not kidding. All life on earth evolved from a single-celled common ancestor—our genes and banana genes are over 60 percent identical.

I love thinking about this because stories are the same. The cellular structure that underlies the vast majority of fiction is descended from an ancient ancestor, but the expression in the world is not only as different as it is from one human to another but as from a sparrow to a giant squid. 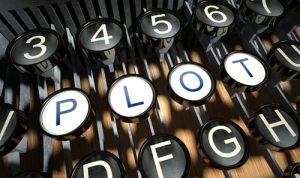 I’ve been fascinated by the structure of stories from the beginning of my writing career, which began, rather unpromisingly, when I landed a new editorial job in charge of several fiction series.

My boss called me into her office and handed me the first eight books in one series. Then she added the four most recent manuscripts. “Read these,” she said, “and then make up plots for the next four books.” I said okay and went back to my office.

I must have looked terrified because a coworker walking past asked me what was wrong.

When I explained, he said, “Oh, plots. There are tricks to it. I’ll help you.”

And it turned out that he was right.

Years later, when I was a student pursuing a Master’s degree at Vermont College of Fine Arts, I was still fascinated with plots. My critical thesis was about the way the ancient Greeks personified the idea of plot in the Goddess of Fate. A plot is fundamentally simply a string of emotionally important events leading to an eventual outcome. When important things happen in life, we call it Fate. When they happen in a story, we call it a plot. 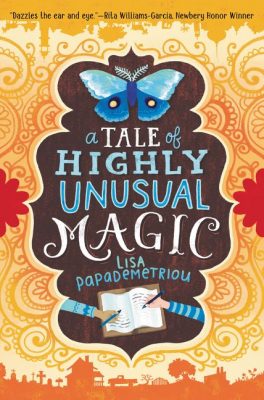 My first published book after graduating from VCFA was based on these ideas. A Tale of Highly Unusual Magic (HarperCollins, 2015) had three major plots and numerous subplots, and was my attempt to express ideas about the way we perceive fate.

The thing about plots is that they do not exist independently from characters and themes. Characters, their desires, their worldviews, and their choices dictate the way plots move forward, and the interaction creates meaning, which we understand as theme.

These things exist like variables: Character + Plot = Theme. If you change one variable, you change the entire equation.

In fact, each of these variables is a complex equation unto itself. Character is the sum of personality, internal desire, worldview, external desire, and other factors. Plot is the sum of character intersections, settings and other opportunities, actions, reactions, the order of events and their emotional resonance, and more. And Theme is expressed through symbolism, syntax, word choice, authorial voice, and more.

Recently, I spent two years as an adjunct professor. Many of my students clearly had talent and ideas with merit, but many of them struggled to make progress in their novels. They didn’t seem to be able to connect the smaller pieces to the larger whole, and then they would get frustrated or bogged down in pages that didn’t go anywhere.

I really wanted to teach them how to create the underlying structure that would allow them to make real progress with their characters, scenes, and manuscripts as a whole. I wanted to show them what they needed to capture and help them structure their ideas in a way that could help them move forward.

This brought me to my most recent project, Bookflow.

Bookflow is an online writing tool and mentor with an organizational framework to help get projects finished and publication-ready. It helps writers build storytelling skills, practice effective habits, and increase motivation.

We just launched version 1.0, and I’m offering it for free to early adopters until the end of the summer. You can export your work to Word at any time.

I’m hoping it helps lots of writers mold the DNA of their stories in an octopus, or a banana, or a dragonfly—whatever creative expression reflects your inner landscape. 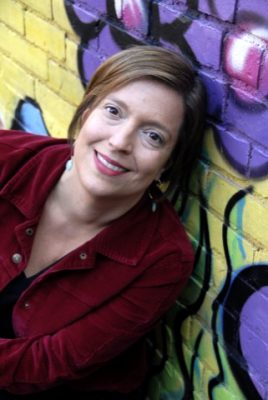 Lisa Papademetriou is the author of the New York Times-bestselling novel Middle School: My Brother is a Big, Fat Liar (Jimmy Patterson, 2014) and Homeroom Diaries (Jimmy Patterson, 2014), the Confectionately Yours  series (Scholastic, 2012), A Tale of Highly Unusual Magic, and many other novels for middle grade and young adult readers.

Her books have appeared on many prestigious lists, including Bank Street Best Books of the Year, the NYPL Books for the Teen Age, and the Texas Lone Star Reading List.

A former editor, Lisa has worked for Scholastic, HarperCollins, and Disney Press. She holds an MFA from Vermont College of Fine Arts and serves on the faculty of the MFA program (Writing for Children and Young Adults Track) at Sierra Nevada College.

She is the founder of the cloud-based writing tool, Bookflow, and of the humorous grammar website, IvanaCorrectya.

Lisa evinces her passion for community and education by serving on the board of the Northampton Education Foundation and Click Workspace, and by giving workshops locally and across the United States on the subjects of writing, grammar, and creative courage.