It’s 1932, and twelve-year-old Cal Black and his Pop have been riding the rails for years after losing their farm in the Great Depression.

Cal likes being a “knight of the road” with Pop, even if they’re broke. But then Pop has to go to Washington, D.C.–some of his fellow veterans are marching for their government checks, and Pop wants to make sure he gets his due–and Cal can’t go with him.

So Pop tells Cal something he never knew before: Pop is actually a Creek Indian, which means Cal is, too.

And Pop has decided to send Cal to a government boarding school for Native Americans in Oklahoma called the Challagi School.

At school, the other Creek boys quickly take Cal under their wings. Even in the harsh, miserable conditions of the Bureau of Indian Affairs boarding school, he begins to learn about his people’s history and heritage. He learns their language and customs.

And most of all, he learns how to find strength in a group of friends who have nothing beyond each other.

Joe, Two Roads tells the story of Cal, a young Muscogee (Creek) boy being raised by his single father. Cal has no idea he’s Muscogee until his father sends him to a Native boarding school. Tell us what prompted you to write this book at this time and to set it during the early 1930s.

The story of America’s Indian Boarding Schools is a little-known and important part of the history of this country.

I’ve touched on the boarding-school experience in several previous books –such novels as Code Talker: A Novel about the Navajo Marines of World War Two (Dial, 2005) and Jim Thorpe Original All American (Dial) and the picture book Chester Nez and the Unbreakable Code (illustrated by Liz Amini-Holmes, Albert Whitman, 2018).

But there are so many stories that still need to be told—and not just stories of Indians as victims. I wanted to tell a story which shows how many Native kids managed to stay Native in those harsh environments, forge friendships, and resist assimilation.

Even, though it was far from the intent of those institutions, they learned more about being Native, become more rather than less Indian.

(Several of my characters are based on elders—especially Louis Littlecoon Oliver—who shared stories with me of their Oklahoma boarding school days.)

I also wanted to have it take place in that time before the New Deal that parallels present day America where the divide between the rich and the majority of people is growing and homelessness is a huge issue..as well as what happens to veterans of our foreign wars.

What do you hope a reader will take away from Two Roads?

I hope they’ll have a greater understanding about a time and place in our history that we should not forget, that they may have a greater appreciation of the complexity of Native American history.

But I also hope, just as much, that they’ll enjoy the story, identify with my main character, and feel as if they’ve been living for a while in his world. 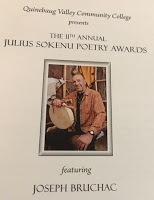 You’ve written in nearly every genre. What have you not done yet in your career that you still want to accomplish?

I have a great many more stories I want to tell (Luckily I have several books under contract and have proposed a few more).

I have a novel based on my years in West Africa as a volunteer teacher I’d love to get published.

I also want to get back to my poetry. It’s where I started and first had success as a Native writer.

I have many, many poems that have either not yet been published or have appeared in magazines but not yet in a book. It would be nice, too, to publish a collection of my poems for younger readers.

Mostly, though, I just want to keep doing what I’m doing.

What craft and career advice do you have for beginning Native authors?

Be patient with yourself. Believe that what you have to offer is worthwhile. If someone says you can’t do something, let that inspire you to just try harder.

Don’t expect it all to happen fast. Most things that happen fast tend to be unpleasant.

Listen. Listen! Be a good listener and keep a journal—nothing escapes faster than an idea you don’t write down.

Most of all, keep writing. Don’t think about it, don’t talk about it. Do it.

And remember that rewriting is what makes writing worth reading.

A biography of Ely Parker, a book in the Unicorn Rescue Society Series—Sasquatch and the Muckleshoot—co-authored with Adam Gidwitz (Dutton, November 13, 2018).

Also a graphic novel from .01 books about one of the Kiowa men taken as a POW to Fort Marion in 1878: Zo-Tom’s Sketch Book. (The last being illustrated by Shamus Beyale, a Native illustrator.)

Plus a couple of projects I am not supposed to talk about yet. 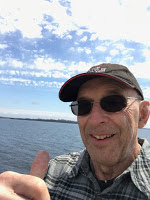 Joseph Bruchac lives in the same house where he was raised in Greenfield Center, New York in the Adirondack Mountain region.

Much of his work is inspired by his Native (Abenaki) ancestry and he is an enrolled member of the Nulhegan Band of the Coosuck—Abenaki Nation.

Author of over 130 books in many genres and winner of numerous awards, his experiences include running a college program in a prison, teaching in Ghana, and doing wildlife rehabilitation with his wife Nicola Marae Allain.

We Are Grateful: Otsaliheliga illustrated by Frané Lessac (Charlesbridge, 2018) is her first nonfiction picture book and a 2018 Junior Library Guild Selection. The story, which has received starred reviews from Kirkus and School Library Journal, features a panorama of modern-day Cherokee cultural practices and experiences, presented through the four seasons. It conveys a universal spirit of gratitude common in many cultures.