The third in a series of four posts celebrating the Oct. 9 release of my realistic contemporary YA novel, Hearts Unbroken (Candlewick).

We’re all the heroes of our own stories.

The same is true of our fictional friends and foes.

In responding to my new YA novel, Hearts Unbroken, an early manuscript reader mentioned that all the significant characters—except Karishma—had their own story arc.

Not that they all had fully flushed-out stories within the novel—that would’ve diluted focus. But, for each cast member, an individual narrative was hinted at through beats and brushstrokes. A whisper of an internal and external journey. The implication that they were living real lives on- and off-stage.

You may be wondering: Who’s Karishma?

Let’s back up. The protagonist is a teen reporter, Louise, who’s partnered with a teen videographer, Joey, on a story for their high school newspaper. They’re covering the controversy surrounding the diverse and inclusive casting of the school musical, “The Wizard of Oz.”

Karishma is their editor-in-chief. 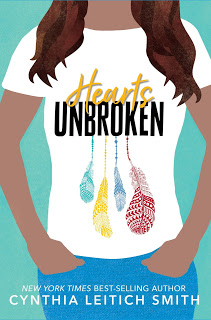 My early reader suggested that perhaps Karishma was a little more two-dimensional than the rest of the cast because she is a standard bearer. A sort of moral compass and symbolic of the best qualities of student journalism.

Such characters can work well for structure and thematic purposes. Their stability and predictability help illuminate and give measure to the growth of their more dynamic companions.

In fact, sidekick characters often are standard bearers. So are mentors, especially elders.

This is particularly the case in short forms like picture books and early readers.

But we’re talking novels. In such cases, we might ask:

(a) whether that standard-bearer approach is necessary or…

(b) whether readers might benefit from a more three-dimensional rendering, which can be especially critical when…

So, this wasn’t one of those frequent cases of a character of color existing as a prop for a white hero(es). Still, I wasn’t yet writing Karishma to her full potential.

What to do if we find our secondary character development insufficient?

Once we have a full draft, the answers to most writing quandaries are already hinted in the text, and this is more the case with each revision. Our subconscious mind often knows first and tries to tell us.

Rereading with heightened attention to Karishma, I saw her narrative more clearly. She was the only returning staff member after the high-school newspaper had been targeted by a hostile parent group the year before. She and the Journalism teacher had persevered to rebuild the staff. She was the teen most emotionally connected to the teacher and most aware of that history. Plus, as editor, she was already driving a lot of the external plot.

Reevaluating led to my retooling a couple of scenes. Showing more emotion here, adding dialogue there, along with a narrative observation or two.

We’re talking about tweaks. But tiny changes can round out a secondary character, more fully evoke her humanity. That’s why we revise to improve our drafts. It’s why we seek early feedback, ask ourselves thoughtful questions and reimagine as needed.

Are you rethinking your secondary characters now?

Q&A with Cynthia Leitich Smith from Book Q&As with Deborah Kalb. Peek: “The time wasn’t right for a story so unabashedly Native in politic or sensibility, and I wasn’t ready emotionally to write it yet either.”

Interview: Cynthia Leitich Smith by Crystal from Rich In Color. Peek: “As I drafted scenes, I was aware of exactly how they’d resonate with many Native teens and, to varying degrees, alienate many influential, non-Indian adults. I kept typing anyway.”

The Heart of Cynthia Leitich Smith by Amanda West Lewis from Wild Things: VCFA MFA in Writing for Children and Young Adults Blog. Peek: “I crafted a love story juxtaposed against microaggressions and their escalation. A story that’s infused with humor and community and lived experience as a middle class Native teen.”

Let’s Indigenize Our Bookshelves and Fully Welcome Native Kids as Readers by Cynthia Leitich Smith from Nerdy Book Club. Peek: “I understood from a very young age that the Native part of myself didn’t seem to belong in the world of readers. (Did we send that message to all Native kids? Do we still? At what cost to them and to their non-Indian friends…).”