When I was in second grade, I wrote a poem about an impending storm that pleased my dad so much that he hung it in his office. It stayed there for years.

I recently asked if he remembered what it said and he rattled off: “This dark and rainy noon will soon pass the sunset of time.”

I had to laugh at the melodrama of my seven-year-old self. Laughed and said, “What on earth does that mean?”

He defended my first “serious” writing attempt as the start of my writing journey.

Second grade was a pivotal year, one in which words came alive for me. I remember bringing a story to Mrs. Giannone’s desk and in the middle of reading it she put her head on her desk and fell asleep!

Well, she didn’t really fall asleep, but I had used the word “nice” and she was showing me how boring that was for a reader. Her reaction amused me to no end. It lit up my brain and made me want to write, write, write.

Yet, I learned later that too much pizazz in the writing just gets in the way of meaning. My dad would harp on me to “say what I mean” and not to embellish too much. In a book report on Ivanhoe, I had cooked up some flowery sentences. He asked what they meant and I couldn’t tell him because I didn’t know. Finally, after much back and forth and lots of frustration, I told him that I was just trying to say that the book made me think.

“Say that!” he said.
He taught me not only the importance of clarity but precision. That’s what you get when your dad has a PhD in biochemistry but loves to read literature and history. The copy he gave me of Ernest Hemingway’s On Writing (Grafton Books, 1986) is still on my shelf. 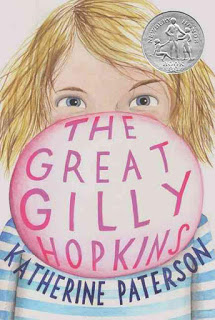 In sixth grade, Mrs. Siltman told me I was good at reading and writing only after she told me I needed to stay in for recess because I talked too much. This is probably the year that I discovered Katherine Paterson’s Bridge to Terabitha (Crowell, 1977) and Gilly Hopkins (Crowell, 1978). And it was one year before I met Anne of Green Gables (by L.M. Montgomery, L.C. Page & Co., 1908).

I wore those books out.
All the while I was writing, writing, writing at home. We had gotten a new Apple IIc computer and it had Print Shop software on it. I obsessively made newspapers filled with stories of our family life to send to my out-of-state-grandparents. Grandparents are the best audience.

In high school, the boy who sat in front of me in AP English frustrated me to no end. He aced all the timed writings and our teacher frequently used his work as the model to which to aspire. I was a good student, but no standout.

The same was true of my undergrad experience. I earned a BA in English and secondary education with a journalism add-on, but not with stellar grades. After graduation, I taught middle school and loved it. I had a whole crop of kids to introduce to books and writing. An added bonus, I got to teach my beloved Gilly Hopkins.

I needed to get a Master’s to continue teaching, so I decided I would pursue my first love and what I felt I never had time for in undergrad: creative writing. I worked and worked on a manuscript. I had no idea what I was doing.

I was promptly rejected.
Several years and two babies later, I sat back down to write. It felt familiar. It felt right. But it was hard. I realized quickly that I needed and wanted to learn more. I wanted to take all those creative writing courses that I never took in undergrad, that I wanted to take in graduate school. So, I applied to four MFA writing programs.

I was promptly rejected.

It would have been wise for me to remember what I knew as a second grader, that: “this dark and rainy noon will soon pass the sunset of time.”

I boxed up my seventeen drafts that weren’t getting me into school.

And I started over. 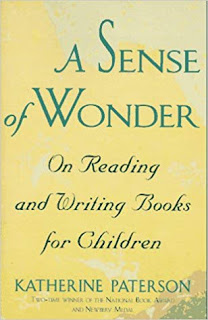 I did what I could. I joined a critique group, went to some conferences, and listened to webinars. I read craft books such as A Sense of Wonder by Paterson (Plume Books, 1995) which fueled my purpose to write. I read blogs like this one (but few as good).

About eighteen months later, I had something that looked more like a story. A friend invited me to go with her to an SCBWI conference in New York.

By chance, we met some Vermont College of Fine Arts alumni, who were gracious when I confessed I had been rejected from their program. Later, one of them came to find me and introduced me to VCFA’s recruiter. They both sincerely encouraged me to apply again.

I texted my husband in a flurry of eagerness.

Seconds later he texted, “Do it!”

Even though I didn’t get in on the first try, when I did get to VCFA it provided me with everything my seven-year-old self could have dreamed of: encouraging mentors, a community of writers, a place to grow and experiment.

I added to the champions in my corner a hundredfold. I even traveled for a week with, Katherine Paterson (the author of those books I wore out), during a VCFA writing residency in Bath.

But most importantly, VCFA gave me an excuse and a reason to don my favorite hoodie and sit down at the keyboard and write.

Writing has become a family activity. My husband loves to write. My kids write. We share our writing with each other. We go on research trips together.

It has become part of the fabric of our family life.

The writing life is full of refusals, rejections, and revisions. No writer’s life is free of those storms, those “dark and rainy noons.” But those pass.

And even amidst those storms there is joy.

Joy in creation, joy in community, joy in those moments alone with the blank page and the promise of what’s possible.

Oh, and that boy who frustrated me to no end in AP English?

Reader, I married him.

2 thoughts on “Cynsations Intern: Stephani Eaton on The Joy of Writing”