I’m sure everyone has seen the buzz that the movie “Love, Simon” has gotten and is still getting from audiences across America.

As part of the LGBT community myself, I can tell you from experience that representation for LGBT kids can be and frequently is absolutely life-changing as they grow into confident, valued adults.

The children’s book community has been doing a great job as of late telling the stories of LGBT kids, whether it be realism or fantasy.

Authors like David Levithan, Cori McCarthy, Malinda Lo, and Amy Rose Capetta come to mind, as well as a score of others who are out there writing for and about LGBT kids.

I also think it’s important for kids to see actual real-life LGBT folks who are out there being their best, most authentic selves. And I believe that we as authors can learn a lot from them as well, so every month, I’m going to be interviewing a different LGBT activist, author or artist about life, art, and children’s books.

I’m delighted to start this project with an LGBT artist and fellow Texan I’ve known for over 10 years, drag performer Honey St. Claire, the hostess of Drag Queen StoryTime at BookPeople in Austin.

Kate: So, Honey, tell us a little about you and your art.

Honey: Well, I am a Drag Queen/Performance Artist living in Austin, Texas. I’m Transfemme (which means that I’m somewhere between male and female but much much closer to female).

When I’m not performing or hosting shows I like to read, play video games, and take long baths. I have a background in theatre going all the way back to my youth and then acted and performed frequently in both high school and college.

I have a degree from the University of Texas where I studied ancient history and classics, specifically Egyptology, which has been a huge passion of mine as well as an enormous artistic inspiration. Oh! And if I had to choose an animal to have for a pet, it would be a capybara.

K: Tell us a little bit about what you do and your current projects.

H: I’m the hostess of Geeks on Fleek, Austin’s only recurring cosplay drag show. I’m a cast member of Die Felicia! Austin’s drag horror review. I am also the hostess of Drag Queen StoryTime at BookPeople in Austin.

K: What is Drag Queen Storytime? It sounds delightful!

H: It’s exactly what it sounds like. A few Drag performers reading books to children in full, colorful drag—sometimes with props. Sometimes we have a theme, sometimes not.

Other cities have had drag queen storytimes, and they’ve been great tools for outreach, so I thought, why not try to bring that to Austin?

The first one in February was themed around “Loving You” So it was very Valentine’s themed with hearts and pink and red etc. But instead of being focused on giving your love away to another person it was focused on loving yourself, which I feel is a valuable thing that you can’t learn too early.

We try to have treats, which is enjoyed by the kids and the adults! Also, I looked like a walking disco ball, whats not to love?

H: The kids had a blast! Not only were there cookies and fun stories, but the stories were read to them by these gigantic colorful creatures. They were shy at first but all quickly warmed up and had a great time!

The community reaction was fantastic! It was a little surprising to be honest because I was expecting a smaller turnout and mostly for it to be LGBTQIA families that were showing up, but I saw a ton of cisgender heterosexual couples bring their kids to the reading because they wanted their kids to experience different kinds of people and to grow up with an open mind which was, honestly, very heartwarming.

K: That’s amazing! Though it doesn’t surprise me at all that you’d be the one to get this started in Austin. I know that books were a very important part of your life growing up. How did books affect you in your youth?

H: Books were my escape. Since I was bullied often I didn’t really like to stay too long in the realm of reality. I used books to run away.

I got lost in far off worlds and other universes where everything seemed so much better than where I was.

K: What were some of the books you escaped into? 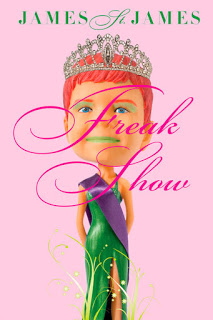 H: As a kid (and now, actually) I was a big fan of Cornelia Funke. I loved Imogene’s Antlers by David Small  (Crown, 1985) which, while not queer, is a great book to talk about diversity within a family.

K: What books for kids exist now that you wish you’d had growing up?

H: One particular book for children, Introducing Teddy by Jessica Walton, illustrated by Dougal MacPherson (Bloomsbury, 2016), is so wonderful! It’s a great way to introduce smaller children to gender and trans issues.

I also loved Libba Bray’s inclusion of a transgirl in the book Beauty Queens (Scholastic, 2011). I wish that would have been out back when I was a kid.

These are just a couple that come to mind.

K: What books for LGBT kids would you like to see written?

And, more specifically, I want portal fiction like C.S. Lewis’s books and Neil Gaiman’s books, where portals open up to different dimensions when this dimension gets too rough for queer kids. 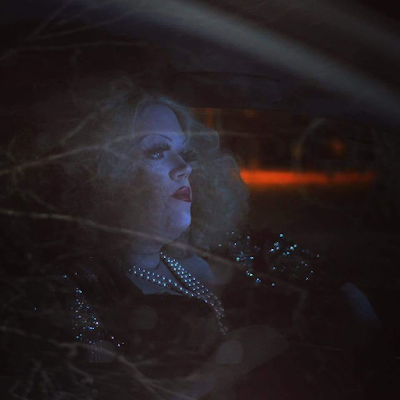 K: More! I definitely feel you there. Though recently Simon–Simon Vs. the Homo Sapien Agenda by Becky Albertalli (HarperCollins, 2015)(and the film version, “Love, Simon“)–has been a huge hit, as have notable other YA books with LGBT themes.


This is a big deal! Yet, the book and others like it are still frequently banned and challenged. What would you say to people who think that LGBT content in children’s books isn’t appropriate?

H: That is only because of their misconceptions of LGBT people. For years, all we have had are bars and places of secrecy—because for so long even loving someone would have been a crime that was legally punishable. But as time is moving forward, we are coming out of the shadows and more people are starting to see that being LGBT is not only about sex.

We aren’t deviants. We aren’t predators. We are everyday people. A lot of us love kids and want families. A lot of us already have families. And for queer kids, its important to have events and activities that they can take part in.

When you have to wait as a queer kid until you are 18 to really be able to go to a “Queer Space” well…that can do a number on you psychologically. These kids are already queer. They shouldn’t have to wait to be able to express it. And we shouldn’t make them wait to feel accepted.

K: Do you think that public consciousness is changing toward LGBT issues?

More and more people are seeing LGBTQIA individuals as fully fledged human beings. I think the rise of technology is helping with that a lot. 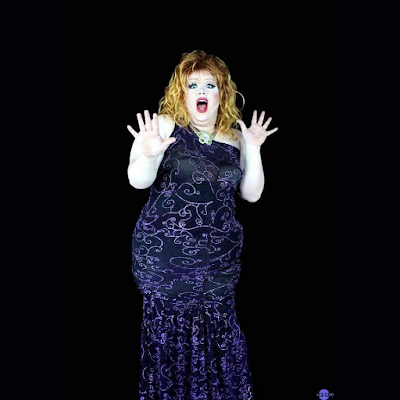 Thanks to Youtube and Tumblr and any other number of websites, kids and young adults are able to experience and to interact with LGBTQIA people in a way that would have been impossible 20 years ago.

Back then, it was you either knew someone or you didn’t. But now they can interact with other queer individuals all over the world.

Whether that means straight kids being introduced to the culture and meeting queer friends, or queer kids reaching out to queer adults with their questions and concerns, the increase in communication is a great thing.

K: So what can we as authors do to support LGBT kids in our lives?

H: The most important thing to do is listen. To hear them out and listen to their thoughts and their feelings. Don’t put too much pressure on them to fit into a mold. Don’t write off their emotions and their feelings as just hormonal and meaningless.

Yes, hormones play a big part, but the things they are going through are valid. We should know, because we all went through them too.

K: Do your research, use LGBTQIA sensitivity readers, and above all, keep writing!


The next Drag Queen Storytime at BookPeople is scheduled for May 29.

Honey will be reading books that celebrate all things fierce and fabulous, including I Am Famous by Tara Luebbe and Becky Cattie, illustrated by Joanne Lew-Vriethoff (Albert Whitman, 2018). 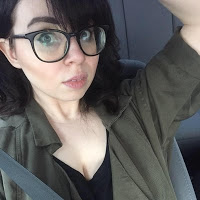 Kate Pentecost holds an MFA in Writing for Children and Young Adults from Vermont College of Fine Arts.

She is obsessed with the Romantic Poets and can be identified by the enormous tattoo of Percy Bysshe Shelley on her arm.

She lives in Houston with her husband.

Kate is the YA author of Elysium Girls (Hyperion, winter 2020).

She is represented by Sara Crowe of Pippin Properties.