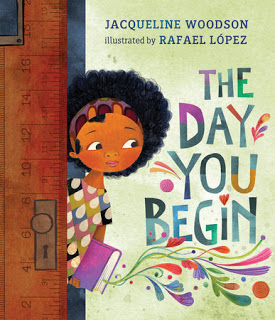 
Jacqueline Woodson’s Upcoming Book is a Moving Letter to Kids Who Feel Alone by M.J. Franklin from Mashable. Peek:

“My mom used to tell us there’d be moments when we walked into a room and no one there was like us.

“I’ve walked into those rooms many times during my childhood and beyond so I had the sense that this was true of most people and began writing the story.”

“One of the higher purposes of fiction is to allow us to discover how seemingly random elements can combine to create that instance of bravery in exactly the moment that it is called for.”

Kelly Loy Gilbert Talks About Representation, “Picture Us in the Light,” & More by Shelley Diaz from School Library Journal. Peek:

“My stories always take their real shape in revision, and usually there’s a point I finally hit in every project where I feel like I’ve found my way into the center of the story at last…” 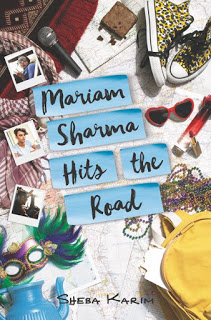 “…if you are writing characters who exist as brown-skinned Muslims in the contemporary United States, they will be conscious of their identity.

“They don’t have a choice, or the ability to pretend. In the role of writer, you must consciously think about it because your characters are thinking about it.”


Culturally Responsive Teaching in the Season of Mother’s Day and Father’s Day by Lindsay Barrett from Lee & Low. Peek:

“The intent of both Mother’s Day and Father’s Day is to celebrate the love and care of family members. A broader celebration of families is a natural option that encompasses more students’ actual experiences.”

“Unless everybody in your story is from the same culture, they are going to encounter the Other eventually. How you write that Other is going to depend on your perspective…we can do better at representing each other humanely….”

Top Ten LGBTQ+ YA Novels For All Tastes by Haylee Geisthardt from Nerdy Book Club. Peek:

“…if you know where to look in YA lit, you can find characters all over the LGBTQ+ spectrum traversing many genres and having their experiences represented in a lot of ways.”

On Writing About Race and Racism by Irene Latham from Smack Dab in the Middle. Peek:

“So right away we knew we just had to be ourselves and be willing to make mistakes. Our goal was to bring to kids a way to talk about race and racism in an open, accepting way.” 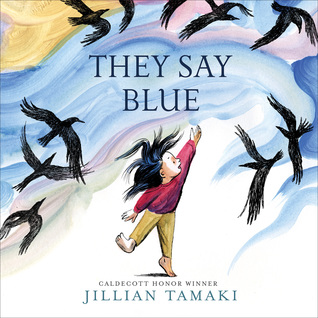 “Looking for titles to highlight in May for Asian Pacific American Heritage Month?

“…there’s a certain level of privilege underlying the idea that if people just prioritized better, they’d be able to find time to devote to their writing, or their art, or whatever their passion may be.”

One Space Between Each Sentence, they said. Science Just Proved Them Wrong by Avi Selk from The Washington Post. Peek:

“Some insisted on keeping the two-space rule…. Some said this was blasphemy… And so the rules of typography fell into chaos.”

Plot Problem? Fix It Fast with a Retcon by Laurence MacNaughton from Fiction University. Peek:

“Stopping in the middle and going back to fix things tends to have a cascading effect. Before you know what’s happening, you’ll find 20 more things to fix, and suddenly you’ll feel overwhelmed…So what do you do instead? It’s time you met a handy little trick called the retcon.”

Think Your Writing Is Brilliant One Day and Horrible the Next? Here’s Why. by Therese Walsh from Writer Unboxed.

“But, if you continue through all of your shades-of-self work—the crossing off and rewriting and doubt and angst—you’ll find it: the center of that thought you’d been trying to capture, smooth and vibrant and true from all angles.” 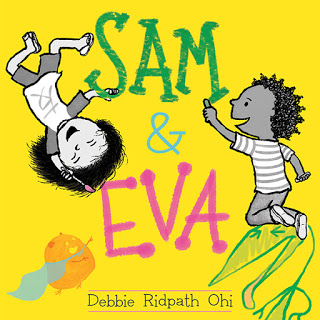 “Pricing transparency helps us all.

“Knowing the going rate in your region, your genre, and your career stage, is key to pricing your services to maximize your ability to book school visits at a price that is fair and respects your time and expertise.”

Want to Support an Author’s or Illustrator’s New Book But Can’t Afford to Buy It? Here’s What You Can Do. By Debbie Ridpath Ohi from Inkygirl. Peek:

“The quandary: You want to support someone’s new book and as much as you’d like to buy it, you can’t.

“Here are some other ways you can show support for an author’s book:”

The Perks and Perils of Being a Ghostwriter by Cathy Yardley from Writer Unboxed. Peek:

“If you’re on the fence about pursuing ghostwriting, here are some pros and cons to help you decide if might work for you.”

“(Gagliano) emphasized that the imprint will hire ‘editors, designers, and publicists,’ and will focus on ‘all genres and all age categories.

“Kids need to grow up with graphic novels and publishers need to provide a complete reading experience.'”

Why Are Women Authors’ Books Cheaper Than Men’s’? By Aimee Picchi from CBS News. Peek:

“…even after adjusting for genre, the researchers found that books penned by women sell for 9 percent less than those by men.”

How to Write A Nonfiction Book Proposal by Nathan Bransford from his blog. Peek:

“The art of writing a nonfiction book proposal is sort of like cooking lasagna.

“There are a thousand ways of making it, everyone has their own recipe, but most every lasagna will have a few basic ingredients and chances are it’s going to taste good in the end.”

“Even as the number of diverse books increases substantially, the number of books written by people of color still has not kept pace.

“Not much has changed since last year when Black, Latinx, and Native authors combined wrote just 6% of new children’s books published.

“Voting is now open! Click on a circle above to begin!” 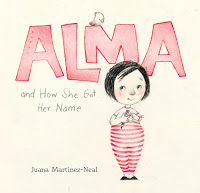 Huzzah! Congratulations to Varian Johnson, winner of the Austin Book Award, given by the Austin Public Library Friends Foundation!

It was a thrill to be at the new Central Library on Friday night, along with YA author April Lurie and author-illustrator Don Tate. 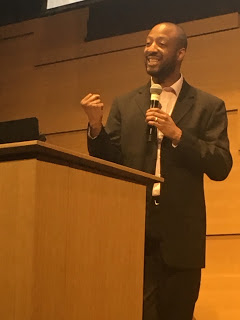 I had the honor of introducing Varian and presenting him with the award. His acceptance speech was timely and moving. He’s such an excellent author-speaker.

In other news… Wow! Congratulations to Kim Rogers on signing with agent Tricia Lawrence of Erin Murphy Literary Agency and to Tricia for signing Kim!

She’s an absolute gem and the latest Native children’s writer to sign with a major literary agency.

What else? In case you missed it, last Sunday on Cynsations, I shared the full (front and back) cover for my upcoming realistic contemporary YA novel, Hearts Unbroken (Candlewick, Oct. 9, 2018).

This also included sharing the supporting quotes about the book from fellow authors, An Na, Joseph Bruchac, and Guadalupe Garcia McCall.

In 1995, as a new fiction writer, I walked into the Barnes & Noble on North Michigan Avenue in Chicago and took the escalator downstairs to the Children’s Section. I distinctly recall finding a copies of Heart of a Chief and Eagle Song (both published by Dial in the late 1990s) on the shelf. I marveled at the fact that they were contemporary stories written by a Native author. All these years later, it feels like coming full circle to have Joe blurb my upcoming book.

I’m hugely grateful to him, Na, and Guadalupe for their support and enthusiasm.

And what did they say?

“I loved her irreverent, hilarious, and subversive dismantling of stereotypes. Cyn’s trademark, spot-on dialogue captures the teen spirit perfectly. I want Lou to be my best friend!” —An Na, author of A Step from Heaven, winner of the Michael L. Printz Award and a National Book Award finalist

“Hearts Unbroken is a rare blend of teenage romance and social consciousness that never insults the intelligence of its readers. Truly shows what life is like for a contemporary American Indian teeenager trying to fit into the larger context of American society.” —Joseph Bruchac (Abenaki), author of Code Talker

“Smart, quirky, and slightly flawed, Louise Wolfe is like a lot of teenage girls in America. Cynthia Leitich Smith has crafted a heartfelt book with an important message about loyalty, intepersonal connections, and the power of love to tear down barriers. This story will dissolve boundaries and knock down walls.” —Guadalupe Garcia McCall, Pura Belpré Author Award Winner for Under the Mesquite


I got my hands on a copy of J.H. Diehl‘s Tiny Infinities (Chronicle, 2018) at her book signing at Politics and Prose.  Her middle grade characters are so true to my neighborhood in the Maryland suburbs of Washington, D. C. Can’t wait to read this one! 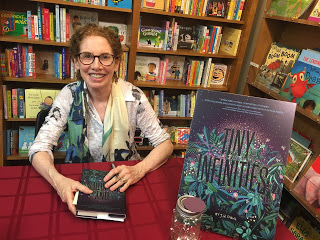