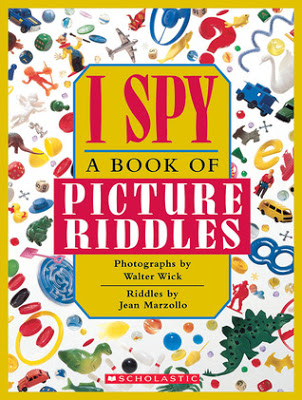 “…Marzollo served for 20 years as editor of Scholastic’s magazine for kindergartners, Let’s Find Out. …she wrote nearly 150 books, and became best known for her I Spy series (Scholastic, 1992)…translated into twelve languages and…sold more than 42 million copies worldwide.”

“[Walter] Wick had mailed a promotional card to the magazine, and…she ‘knew that this photographer would be perfect for kindergarten because his picture was so clear and enticing.’ She hired him to create a series of photos and posters with various themes and objects that interest children.”

“I Spy sprang from a previous collaboration, its success was a complete surprise to both of us, and it changed our lives. It was Jean who recognized the educational potential of I Spy, and her ability to articulate those values made me a better illustrator.” 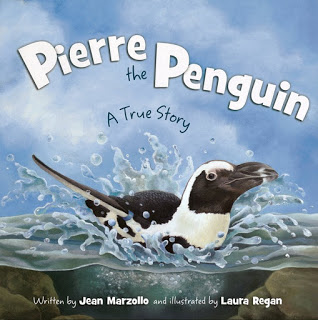 “Of the many [books] that followed, one of her favorites was Pierre the Penguin: A True Story illustrated by Laura Regan (Scholastic, 2010). It is about a penguin at a California zoo whose caretaker makes the animal a wet suit because it is missing feathers.”

I Spy Author Jean Marzollo Remembered for Her Generosity, Love of Words by Kara Yorio from School Library Journal. Peek:

“When a grant came to finally renovate the children’s room at the Butterfield Public Library in Cold Spring, NY, the library staff knew immediately who they wanted to honor with its name. …Jean Marzollo was the only choice, says library director Gillian Thorpe. But they had to convince Marzollo.”

Robin: I Spy was the first book my oldest child was able to read to my youngest. My oldest is now twenty-five and my youngest twenty-two. Time flies!

Today my oldest texted me about the I Spy books. “As a kid it’s fun just looking at stuff, [Marzollo] understood that, but also gave a goal, too. She totally understood her reader base!”

My youngest agreed. “She made reading into a game. Who doesn’t love a good game, especially a kid?”

My husband, a doctor at an urgent care medical clinic, told me the clinic has copies of the I Spy series in their waiting room and every exam room because they are the perfect books to entertain kids and adults of every age.

Every year at Christmas we read our copy of I Spy Christmas (Scholastic, 1992), stopping to play the game on each page. Jean Marzollo will indeed be missed in the Galbraith-Liss house! 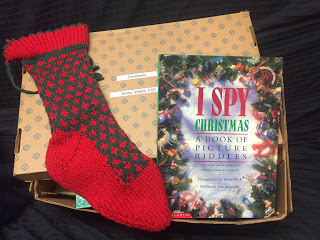