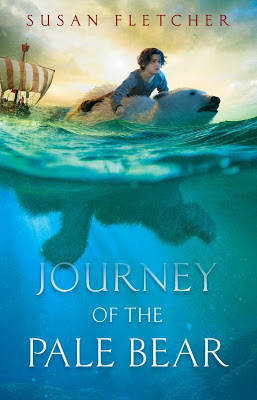 Check out the cover of Journey of the Pale Bear by Susan Fletcher (McElderry, Oct. 2018). From the promotional copy:

A runaway boy befriends a polar bear that’s being transported from Norway to London in this lyrical and timeless adventure story about freedom, captivity, and finding a family.

The polar bear is a royal bear, a gift from the King of Norway to the King of England. The first time Arthur encounters the bear, he is shoved in her cage as payback for stealing food. Restless and deadly, the bear terrifies him. Yet, strangely, she doesn’t harm him—though she has attacked anyone else who comes near.


That makes Arthur valuable to the doctor in charge of getting the bear safely to London. So Arthur, who has run away from home, finds himself taking care of a polar bear on a ship to England.

Tasked with feeding and cleaning up after the bear, Arthur’s fears slowly lessen as he begins to feel a connection to this bear, who like him, has been cut off from her family. But the journey holds many dangers, and Arthur knows his own freedom—perhaps even his life—depends on keeping the bear from harm.


When pirates attack and the ship founders, Arthur must make a choice—does he do everything he can to save himself, or does he help the bear to find freedom?

Based on the real story of a polar bear that lived in the Tower of London, this timeless adventure story is also a touching account of the bond between a boy and a bear. 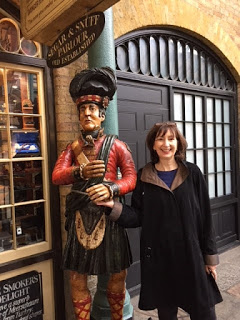 Journey of the Pale Bear is based on the true story of a polar bear given by King Haakon IV of Norway to King Henry III of England in the year 1252.

When you put a polar bear at the heart of your novel, you’re almost guaranteed a good cover. I mean: a polar bear. Those guys are inherently gorgeous and magnificent.

Still, it took me a moment to catch my breath the first time I saw the jacket art. I wasn’t prepared for just how stunningly beautiful it would be.

It’s the texture of the bear’s fur. It’s the masses of intense underwater blue.

It’s the expressions of the bear and the boy—worried but not hopeless, setting off on an adventure not of their own choosing, straddling the boundary between documented history and some kind of dream.

I love this cover, and I’m very grateful to everyone who helped to make it happen, especially my editor, Karen Wojtyla, and illustrator Shane Rebenschied.