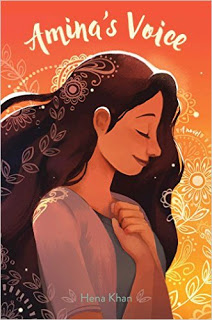 A Pakistani-American Muslim girl struggles to stay true to her family’s vibrant culture while simultaneously blending in at school after tragedy strikes her community.


Amina has never been comfortable in the spotlight. She is happy just hanging out with her best friend, Soojin.


Except now that she’s in middle school everything feels different. Soojin is suddenly hanging out with Emily, one of the “cool” girls in the class, and even talking about changing her name to something more “American.”


Does Amina need to start changing too? Or hiding who she is to fit in? While Amina grapples with these questions, she is devastated when her local mosque is vandalized.


Amina’s Voice brings to life the joys and challenges of a young Pakistani American and highlights the many ways in which one girl’s voice can help bring a diverse community together to love and support each other. 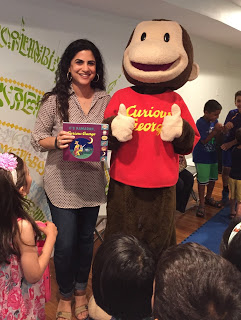 I was working as a communications specialist for an international public health organization when I unexpectedly got the opportunity to first write for kids back in 2001.
I had a very good friend who worked as an editor with Scholastic’s continuity department. She was editing a series called Spy University and, since we had worked together on our high school newspaper, asked if I could help out with the writing.
It was perfect timing for me because I was looking to transition out of a full-time job that required international travel as a new mother. I thought it could be the perfect stay-at-home alternative and a great way to balance my consulting work.

I soon realized that writing for kids was far harder than I had imagined!

I’d grown a bit tired of writing and editing jargon- and data-filled technical documents with the aim of making them more accessible to lay audiences.
And I thought that writing for kids would be a welcome change, which it was, but it took hours of practice for me to finally nail the lighthearted tone and fun style of the series.
I had to learn to write in an upbeat, pun-filled manner, and to present a serious theme (espionage) in a kid-friendly and appropriate way.
It was challenging at times but it helped to have an amazing mentor.

In the end, I loved writing those initial children’s books, and went on to write for three other series before my first trade-published picture book, Night of the Moon came out in 2008 with Chronicle Books.

What was your initial inspiration for writing Amina’s Voice?


I first thought about and started writing Amina’s Voice more than four years ago.

I had published two picture books about Muslims, and wanted to write something for a middle-grade audience. Since books spoke to me the most when I was a middle grader myself, I loved the idea of connecting with that age group. 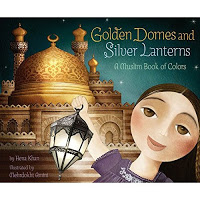 Also, parents often asked me to recommend mirror books for their tweens and I struggled since so few of them existed.

I wanted to write a story with a protagonist who was an “every girl” who happened to be an American Muslim. I hoped that readers of all backgrounds would be able to relate to her as much as I did to the characters I had grown up reading and loving—none of who had resembled me in any way.

At the time, Islamophobia was growing in our country, and I was alarmed by reports of anti-Muslim campaigns, and an increasing number attacks on Islamic centers, bullying of Muslim kids, and hate-motivated crimes.
I wanted to offer a Muslim friend to people who didn’t have one through storytelling, and a window into my often misunderstood and misrepresented faith and culture.

Yet the story also allows readers to get to know a Pakistani American family, gain access to an Islamic center and Muslim traditions, and to perhaps see how they’re not as different as they might have imagined.
At the same time, the story introduces the idea that Muslims are not a monolith, and that there are variations in the way we approach our faith and integrate it into our daily lives, which is an important if subtle idea in the book.


The biggest challenge for me was trying to make sense of the various feedback I received from editors who initially passed on the book.

Some said they loved the writing, connected with Amina and were emotionally moved by her story, but that it wasn’t the right fit for their list. Others said they didn’t connect with Amina’s voice enough or find her story compelling. Others said the book was too “quiet,” which was a term that was new to me, or—perhaps the hardest to hear—that they felt the book didn’t reflect the type of diversity that they were seeking. 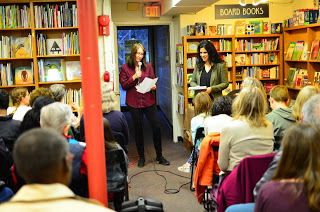 No one actually said what they recommended I do to “fix” the story or make it work better.

I was determined to tell the story I wanted to tell, even if it wasn’t likely going to be an extremely commercial book.

After sitting with all the opinions for a while, and getting some helpful comments from my writers group, I finally realized what was missing in the story.
We knew all the things Amina was afraid of or didn’t want, and not enough about what she did want. She was too much of a bystander in her own story.
When I set about to change that, and give her more of a presence, I felt that she lost her sweet quality and had a personality change. So then I rewrote the book in the first person voice, which allowed me to really get into her head, see things from her perspective and get the voice right.
I was also able to shed unnecessary details and edit out the 40-year old woman voice that had snuck in from time to time. But the story remained essentially the same. 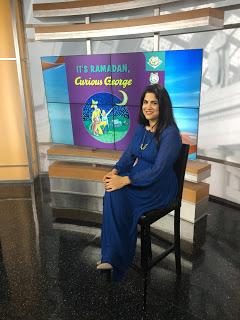 As a child of Pakistani immigrants who was born and raised in America, and now as a mother to third generation American Muslims, I have a diverse background that also feels very common.

I grew up witnessing my parents struggle to both assimilate and hold on to their culture, balancing two cultures myself, and reconciling my American identity with my Pakistani heritage and my faith.
My children, who in many ways are much more grounded and comfortable with their identity that I was at their age, understand that they are as American as anyone else, no matter what they might hear. I like to think that growing up in a fairly diverse community, and having exposure to diverse books from a young age helped in that regard.

In a nutshell, what I essentially bring to my writing is an example of the amazing American immigrant experience, from a Pakistani American Muslim perspective.

Pakistani Americans make up the largest percentage of immigrant Muslims in America, but the story I tell and the family I describe in Amina’s Voice is very familiar to people from a variety of cultural backgrounds and faiths.
To me it was important to create a character who is unashamed of her culture or faith, who is unapologetically American and Muslim. It means a great deal to me for kids like mine, and all others, to be able to identify with, empathize with, and root for a character like Amina. 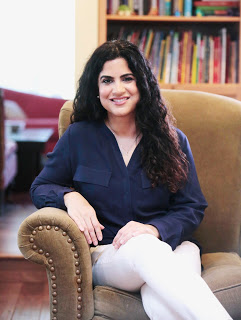 Kirkus Reviews wrote, “Khan deftly—and subtly—weaves aspects of Pakistani and Muslim culture into her story, allowing readers to unconsciously absorb details and develop understanding and compassion for another culture and faith. Amina’s middle school woes and the universal themes running through the book transcend culture, race, and religion.”

School Library Journal called it, “A universal story of self-acceptance and the acceptance of others. A welcome addition to any middle grade collection.”

Booklist wrote, “Khan gracefully balances portraying the unique features of Amina’s cultural and religious background with familiar themes of family, belonging, and friendship worries, which should resonate with a wide range of readers. Written as beautifully as Amina’s voice surely is, this compassionate, timely novel is highly recommended for all libraries.”