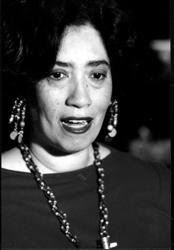 Patricia C. McKissack, honored children’s author from Chesterfield, dies at 72 by Jane Henderson
from the St. Louis Post-Dispatch. Peek: “…’I think my mother died of a broken heart.’ Fredrick McKissack Jr. said his mother and father were ‘best friends and partners.’”

Before becoming an author, Patricia earned a master’s degree from Webster’s University and taught English at a junior high school in Kirkwood, Missouri.

In a 1998 story by Renee Stovsky from the St. Louis Post-Dispatch, Patricia said frustration over lack of information on poet Paul Laurence Dunbar to share with her students fueled her drive to write children’s books. Peek: “I realized then that if someone didn’t start preserving these stories, an extremely important part of our heritage could be lost forever.”

Not surprisingly, Paul Laurence Dunbar: A Poet to Remember (Children’s Press, 1984) was one of her first published books. Dozens more quickly followed. 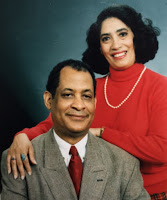 Before long, Fredrick left his civil engineering job to work on books with Patricia. Together, the McKissacks published more than 120 children’s books on a wide range of topics from African history and customs to supernatural stories.

In For the McKissacks, Black is Boundless, Barbara Bader wrote for the Horn Book about the couple’s prolific list. Peek: “The McKissacks do think big. ‘We’re Kennedy products,’ Pat McKissack has said — idealists and optimists.”

In 2014, Frederick and Patricia McKissack received the Coretta Scott King-Virginia Hamilton Award for Lifetime Achievement from the American Library Association.

Sojourner Truth: Ain’t I A Woman also received the Boston Globe-Horn Book award for nonfiction. The McKissacks delivered the acceptance speech together. From Patricia: “Like most children of my generation, I was not introduced to African-American heroes through textbooks. History in the 1950s didn’t contain much information about African-American contributions….but we got our history in other ways.” She explained how her Sunday school teachers combined spirituals and Bible truths. “We decided to use that format and begin each section of our book with a spiritual…”

Her Horn Book essay with Fredrick, You Can Be President, explores the magical things that can happen at family dinner.

In A Literary Love Story’s Final Chapter, Kenya Vaughn from the St. Louis American wrote,”the couple decided that little black boys and girls deserved positive images of themselves and a broad scope of their people’s rich history as they turned the pages of books. The McKissacks knew that these words would be critical in shaping what they think, feel and know about who they are…”

In Rocco Stanio‘s article from School Library Journal, Jacqueline Woodson said of Patrica, “She was lovely and groundbreaking and doing the work that set so many of us in motion.”

Patricia McKissack, Prolific Author Who Championed Black Heroes, Dies at 72 by Sam Roberts from the New York Times. Peek: “Ms. McKissack, who grew up in the segregated South and was the only black student in her sixth-grade class, wove the back-porch fables she remembered from childhood together with her own personal anecdotes (including a false accusation of thievery and a dinner at a whites-only restaurant) in fictional narratives.”

Remembering the Life and Writing of Famed St. Louis Children’s Author Patricia McKissack aired on St. Louis Public Radio. St. Louis librarian Jennifer Ilardi talked about Patricia’s impact on her life. “…I’m biracial and finding other books that represented my father’s side of the family was tricky. Books are windows, mirrors, and doors….I don’t know what would have happened if I didn’t have access to these type of books and her books when I was a child.” 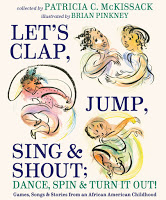 Edith Campbell had a moving tribute to Patricia on Crazy QuiltEdi. Peek: “I’ve learned that we are all libraries, each carrying in us the stories that make us unique. And yet, there are those who are more than that; they’re the people who create the stories that express our shared identities, that inspire us to be more than we’ve planned for ourselves and who question.”