His manuscript, “Pedro Flores: The Toymaker,” is a biography of the inventor of the modern yo-yo.


In the early 1900s, Flores emigrated from the Philippines to the United States, where he pursued an education and his entrepreneurial ambitions. He redesigned the toy and named it “yo-yo” (Tagalog for “come back.”)


Roberto Penas has a master’s degree in Philippine history and is a member of the Society of Children’s Book Writers and Illustrators (SCBWI.)


He is a second-generation Filipino-American, and became interested in the story after learning Flores was also Filipino. Roberto admired the way Flores valued education and became a successful entrepreneur during a time when many immigrants worked as agricultural laborers. Roberto will receive a $1,000 prize and a publication contract.


Roberto recently shared more about the inspiration behind his manuscript.

Tell us about how you discovered Pedro Flores and what about him made you want to share his story?


I don’t recall exactly how I stumbled upon his name, but I know it was accidental, for he is sadly not included in most lists of notable Filipino-Americans.

What I found inspiring is how his example dispels the usual story of Ilocano immigrants laboring in fields for the sake of their descendants. While it is true, for a Filipino to become a financially independent entrepreneur in the early 1900’s is inconceivable – and it happened!

Keep in mind, America back then was reacting against foreigners, making immigration more restrictive (targeting Eastern Europeans and Asians). And there were the infamous Stockton riots against Filipinos in California, too.

What sort of research did you do to learn more about him? 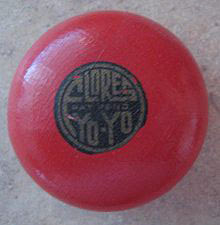 It was difficult, for there is little about Flores, he is practically obscure. There are no books about him but I gained valuable information indirectly through books concerning his invention (and of course, the inventor).

Fortunately, the Yo-Yo remains a highly popular toy to this day. I also used the Internet but one has to be careful – what I learned as a historian is that credible sources are everything.

So I double-check, triple-check all data: newspapers, archived articles, (there was a Washington Post rebuttal correcting an article in the New York Times), obituaries, university and industry sites, associations, blogs.


How long have you been working on this story?

On and off for a couple years. I started writing August 2014, didn’t do anything for a while, then came back to it the following spring and summer where I worked up three versions.

I even have a Word document called “Lee and Low version D” for September 2015 but I didn’t think it was ready, so the project lay fallow again. Then when I heard about the New Vision contest in 2016, I decided it was a now-or-never moment and got serious, submitting the manuscript a couple weeks before the deadline.

Were there particular classes or workshops you’ve taken that have helped you hone your craft?

I have been a member of the SCBWI for five years and classes in their conferences have been useful.

I also have books on writing but with picture books, articles on the Internet helped me more, especially when agents, editors and authors share their own tips.

The best education however is reading picture books. Personally, I love them for their gorgeous artwork – when you compare them to any other book in the store, the level of creativity and talent is simply outstanding.

But what probably helped me most was a short story group I belonged to eight years ago, where our stories couldn’t exceed 1,500 words. When you have a 1000-2000 word count in picture books, every word really counts – a chapter in middle grade would be only two pages in a picture book. Maximum.

Are you part of a critique group?

I was in a critique group via SCBWI, though currently the group is reorganizing. I found the group indispensable; unless you get feedback, you can’t objectively know how you’re doing. By submitting work – and critiquing that of others – over the years, (usually a chapter at a time, though we allowed for an entire picture book since it’s short), I have grown in my writing.

Have you entered the New Voices contest before?

No, this was my first time, through I was aware about it before. I actually had my sights set on the New Visions award for middle grade. But in the end, I felt what I had wasn’t ready.

I’m working on a middle-grade novel, the one I got cold feet submitting for the New Visions Award last year.

Similar to Pedro Flores, I feel there is a dearth of Filipino-American characters – in fact, I can’t think of any except a good book that came out last year by Erin Entrada Kelly.

So my work features a Filipino-American girl trying to find her place in the American heartland, where I live, flyover country. It’s got loads of fantasy, adventure and humor and I’m having fun doing it – I want it to be totally magical for the reader.

Gloria Amescua of Austin,Texas, received the honor award. Her manuscript, Luz Jiménez, No Ordinary Girl, is a story in verse about a Nahua educator and art muse in Mexico.


As a young girl Luz dreamed of becoming a teacher, but the Mexican Revolution left Luz’s family struggling to survive. Luz supported her family by working for various artists, sharing stories about her experiences and inspiring important works of art.


She went on to become a teacher and served as a living link to the Aztecs, preserving her Nahua culture and language.


Gloria is a poet and a member of SCBWI’s Austin chapter. She was inspired to write Luz’s story after reading about Luz and the obstacles she overcame. Gloria admires the message in Luz’s story: dreams may come true in ways that are unexpected. She will receive a prize of $500.

Gloria recently shared more about her writing journey and how she discovered Luz Jiménez.

Tell us about how you discovered Luz Jiménez and what about her made you want to share her story?

Several years ago while visiting the University of Texas Ransom Center, I found a pamphlet entitled Luz Jiménez: Symbol of a Millennial People.

The symposium described in the pamphlet had actually taken place several years before, so I’m not sure why it was still available. I’m lucky it was.

As I read about this incredible woman, I knew I had to write about her, but I wasn’t sure how until I took some picture book courses a couple of years later.

I was greatly affected by Luz Jiménez’s story because of the many obstacles she overcame, including the shaming of her native language when she was a child, as has happened in this and other countries.

It was important to me to tell the story of this Nahua (Aztec) girl who, despite the difficulties in her life, achieved her dream of becoming a teacher by honoring her culture.

What sort of research did you do to learn more about her?

I searched online and ordered two books based on Luz’s Nahua stories.

The most important find was a dissertation published online, part of which was about Luz Jiménez. I contacted the professor at the University of Texas who offered to lend me two relevant DVDs and who put me in contact with Luz’s grandson in Mexico.

Her grandson also connected me with a professor of Nahuatl in Mexico who specializes in the same dialect that Luz spoke. I greatly appreciate their time and helpfulness.

How long have you been working on this story?

I first wrote a draft for a Picture Book II course at the Writing Barn in Austin.

Then I signed up for Bethany Hegedus’s Nonfiction Picture Book course last summer, which helped me get through many, many revisions. The instruction and feedback from teachers and participants was invaluable.

I noticed it is a “story in verse” – tell us about your poetry background and how that influences your writing.

I have been writing poetry since I was a child and throughout my life while I was an English teacher and in other positions in education.

In the 1990s, I became more active in the poetry community: meeting regularly with other poets, attending and giving workshops, participating in readings and getting work published.

In poetry, each word counts as it does in picture books. My love of metaphor and sensory details also influences the emotional impact of my current writing. 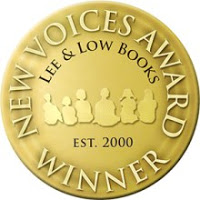 Established in 2000, Lee & Low’s New Voices Award encourages writers of color to submit their work to a publisher that takes pride in nurturing authors who are new to the world of children’s book publishing. Submission period for the award takes place each summer.

Past winners include It Jes’ Happened: When Bill Traylor Started to Draw by Don Tate, winner of the Ezra Jack Keats New Writer Award Honor, Bird by Zetta Elliott, an ALA Notable Book, and, most recently, Juna’s Jar by Jane Bahk, a Spring 2015 Junior Library Guild selection.