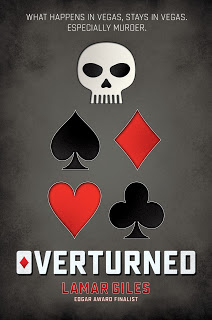 Lamar Giles’ last Cynsations visit was in 2014 as a debut author.

Since then, he’s had two novels named Edgar Award finalists by the Mystery Writers of America and helped found We Need Diverse Books.

He serves as senior vice president of fundraising for the non-profit organization dedicated to putting more books featuring diverse characters into the hands of all children.

I talked with him recently about the writing life and his latest mystery novel.

The thing I love most about being an author is the moment of breakthrough.

Every thing I’ve ever written is hard, so hard I want to quit almost every time. It’s a point of endless anxiety…until it isn’t. If I work long enough, and hard enough, the murkiest most non-sensical manuscript starts to clarify, then it flows, then when I’m at the end of the journey I have something enjoyable that feels like it came from somewhere else.

That feeling is remarkably satisfying. And, if I’m fortunate, I’ll get to do it over and over again for the rest of my life. 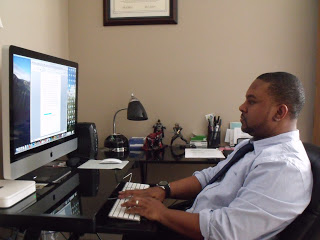 I write best in the mornings in my home office (that’s not very exciting, I know). That’s been my routine for almost two decades. Though, I’ve been experimenting with alternate locations and times due to having to travel more.

I’ve never been great at writing on the road, but it’s becoming more and more necessary as people ask me to visit their state/school/library. Recently, I wrote a book proposal on my iPad while sitting in a traffic jam (my wife was driving…I’m not that good). I’m evolving.

When you look back on your writing journey, what are the changes that stand out?


So, I’ve been writing stories since I was eight years old, and there are several milestones that stand out. Chief among them, my first pro short story sale at age 21 (then the subsequent three years I couldn’t sell anything).

Being awarded a Fellowship from the Virginia Commission of the Arts when I was 26, newly married, and close to giving up on writing for “more realistic” pursuits like being a real estate agent (I’m a much better writer than real estate agent).

The rise of digital/self publishing, which allowed me to put out material with no one’s permission. My first novel sale at age 31.

Then, understanding how few books were written for or about children of color, making me very fortunate to be working, and using my platform to open the door for more diverse material.

Could you tell us about your upcoming release?

Overturned (Scholastic Press, March 28, 2017) is the story of a teen poker player in Las Vegas trying to discover who framed her father for murder.

For those who know my work, it’s got twists and turns and action like my previous novels Fake ID (HarperCollins, 2014) and Endangered (Harper Teen, 2015). For those who don’t know my work, I think you’ll find Overturned is a great entry point into my brand of noir mystery.

Nikki Tate, the hero of the story, plays in illegal poker games as a way to earn money for college way on the other side of the country.

She wants to get away from her family’s failing casino and the stigma of having a dad on death row. But, when her father’s sentence is overturned, and he returns home bitter and obsessed, it turns Nikki’s world topsy-turvy. I’m not much of a gambler myself, but in this case I’m willing to bet you’ll have a hard time putting Overturned down. 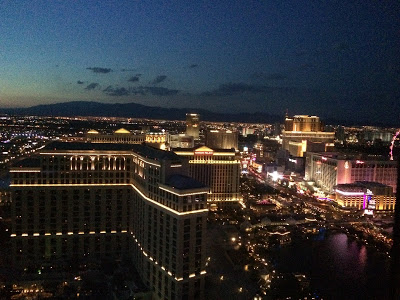 Well, the most obvious thing is Nikki’s Black (as am I).

Growing up, the lack of Black heroes in all the things I loved–books, TV, Film, Video Games–left me feeling deprived as a consumer of the arts.

In my teen years, I was outright angry and close to giving up on reading and writing (beyond what was required to pass classes). Discovering many black writers/characters in my late teens altered the course of my life, and made me believe storytelling was viable option for me.

She and her family deal with things like false accusations and unjust incarceration. A local police force that’s cold to her family because they had the audacity to speak up. Nikki being viewed as older and more dangerous than she actually is because of her complexion.

These things are subtle–the mystery is front and center–but the circumstances are background constants, as they are for people of color in real life.

Additionally, Nikki has a diverse group of friends, classmates, and business associates. I tried to write Las Vegas as I saw it–and the world in general–populated with various people of all colors, shapes, sizes, etc.

I like puzzles and Legos, and writing a mystery feels like the literary version of putting something together. You have all these little pieces that don’t really make sense scattered about, but through the progression of plot and character, you start to pull them together until you have this beautiful picture or structure that makes you appreciate the tough parts of the process even more.

Kirkus Reviews called Overturned “an utterly compelling whodunit” in a starred review. “Nikki is a totally appealing character: gutsy, practical, and strong, at the head of a cast of well-drawn supporting characters. The interracial romance between Nikki and Davis, who is white, is handled deftly, as is Giles’ skillful evocation of the townies-vs.-tourists of Las Vegas.” 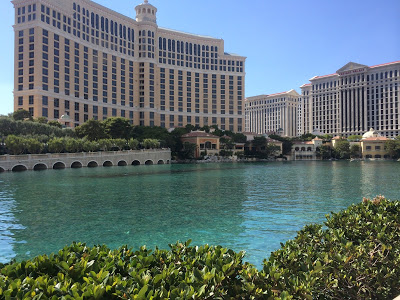