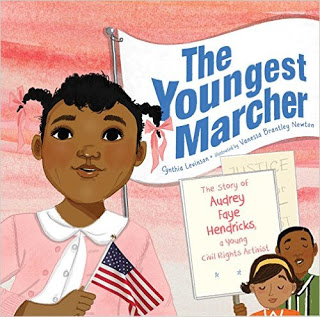 Cynthia Levinson‘s most recent book has a direct correlation to one of her previous titles. I talked with her recently about writing her first picture book, social justice and biscuits.

Tell us about the process of transforming We’ve Got A Job into a picture book. 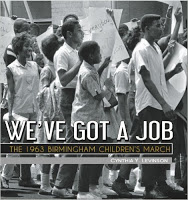 When my agent, Erin Murphy, called to tell me about interest in the book proposal I’d written on this remarkable event, she said there were two offers—one for a picture book and the other for a middle grade. What did I want to do?

My instincts told me the story needed multiple perspectives, and I opted for a book for 10 to 14 year olds.

The idea for a picture book, though, never went away. But, how could I reduce a 176-page volume about four children who protested segregation, a vicious police chief who aimed fire hoses and snarling dogs at them and 3000 others and then sent them to jail down to a 40-page illustrated book for six- to ten-year-olds? What could I leave out? What could I leave in?

One of those four children was only nine years old. With a protagonist the same age as my readership, Audrey Faye Hendricks instantly became the “main character.” So, her experiences drove the story. She didn’t know that Martin Luther King spent time in solitary confinement. She knew him as her parents’ friend Mike, who came for dinner and wolfed down her momma’s Hot Rolls Baptized in Butter. So, the famous Letter from Birmingham Jail got chucked, and the rolls stayed.

This also meant that Audrey’s voice had to narrate. She and her momma “coo-ooked!” At church meetings, she “sang and swayed…her voice spirited and spiritual.” Marching to protest, she knew she was going “to j-a-a-il!”

Also, just about everything had to come in the traditional picture-book threes. “Front-row seats, cool water, elevators with white-gloved operators—laws said those were for white folks.”

But, can you send a nine-year-old to jail in a picture book?

Yes. Because Audrey was actually sentenced to jail—for a whole week. She was even threatened with solitary herself.

Yet, kids instinctively know that nine-year-olds triumph. And that’s what really makes this a book for them. 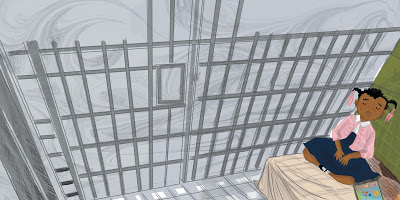 The timing of this book couldn’t be more perfect – millions of people have been out marching for a cause recently. How did you manage that?

Well, of course, I didn’t! Timing is pretty much out of the control of authors and illustrators. And this book was no exception.

The Youngest Marcher was originally slated to publish in January 2015. But, Vanessa Brantley Newton is, for good reasons, a hugely popular artist. After she agreed to take on this book, she received offers to illustrate several others, which took precedence. So, ours was delayed twice, for a year both times.

I admit I was a little grumpy! This was my first picture book, and I couldn’t wait to see how she was going to bring Audrey to life. But, you’re right again—the timing could not be more fortuitous. The book came out at exactly the right time, though in a way no one could predict.

Our country is bitterly divided—nearly in half—over what our government should and should not do, over who is president and how we pick her or him, over immigration, race relations, possible terrorism, and much more. Protests since the president was inaugurated in January have been larger and more persistent even than ones I remember from the civil rights period and the anti-Vietnam War era.

Audrey not only inspires people to raise their voices—she inspired me to go to Washington, DC for the Women’s March!—she also gives them hope that protest works.

Yes, they do all relate to social justice. But, no, I didn’t intend that to be the case. In fact, when the first book, We’ve Got a Job, came out, I didn’t know if I’d ever write or publish another book. But, I should have guessed that, if there was one, it would somehow be related. 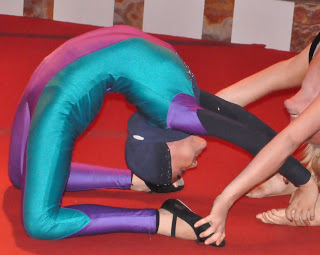 It’s about social justice through circus arts. Basically, youth circus programs bring together kids who would not otherwise meet—and, in fact, if they did, they might well be enemies—and have them perform such dangerous tricks that they have to support each other!

In this case, the kids I highlight are Jewish Hebrew-speakers and Muslim Arabic-speakers in Israel (including a hijab-wearing contortionist!) as well as white, black, poor, and wealthy Americans in St. Louis. Some are even gang members, and there’s an uncanny connection between them and tribes and clans in the Middle East. 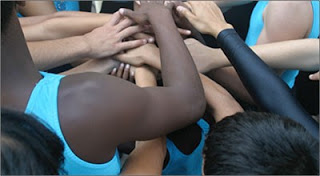 It’s undoubtedly my most diverse book.

But, remarkably, the kids all get along so well that, while I was writing it, I was concerned that there wouldn’t be enough conflict to keep readers interested! For better or worse, there were tiffs, accidents, crime, and derring-do to make things lively.

Many people might disagree but my biography of Hillary Rodham Clinton, subtitled, Do All the Good You Can, (Balzer + Bray, 2016) focuses on her Methodist drive to do good in the world. I think that’s literally what has made her run.

Of course, the book also looks into her mistakes, including those that set the country back, such as the healthcare debacle. But, she truly cares about young people and families.

The next book, too—as yet untitled—could be said to have a similar slant. At the suggestion of my Peachtree editor, I’m co-writing it with my husband, Sandy, and it’s on the problems with the U.S. Constitution.

He has written for many years—and convinced me—that the Constitution is the source of many injustices in the country. One of our examples is the Senate, which gives every state, regardless of its size, two senators; as a result, small states and their needs outweigh large states in Congress. Another of our examples is the Electoral College, which is also affected by the two-senators-per-state arrangement.

The book after that? Who knows?!

Kirkus called The Youngest Marcher “a vivid reminder that it took a community to fight segregation and the community responded.” Simon & Schuster produced a  Common Core curriculum guide prepared by Myra Zarnowski, and Alyson Beecher and Michele Knott developed a classroom discussion guide.

Vanessa Brantley Newton recently did a live illustration for the New York Times and talked about Audrey with Maria Russo, children’s book editor, as she drew.

One thought on “Author Interview: Cynthia Levinson on The Youngest Marcher”