Writing books that tie in with an already-known franchise offers both its rewards and its own sets of challenges, but ultimately it’s something I’ve enjoyed doing.

I’m the author of the Overworld Adventure series (Skyhorse, 2015-)(also known as books for Minecrafters) and the Barbie comic book Barbie: Puppy Party (Papercutz, 2016). I’m getting started on an Overworld Adventure spinoff series (same main characters but different villains) and I have a short story that will be included in a new graphic novel volume of Tales from the Crypt.

I knew I wanted to be an author from a young age, and began submitting novels regularly to agents in middle school. What I wasn’t prepared for was how hard it is to break into publishing, and sometimes you have to find creative ways to get in.

In high school I began working as a journalist, and after a few years, I was writing for MTV, CNN, The Onion and other publications. During my twenties I got an agent, and while he was shopping a YA series of mine, I sold a book on how to draw manga (Japanese comics). Skyhorse, the publisher, then asked me if I had any ideas that might involve the video game Minecraft. 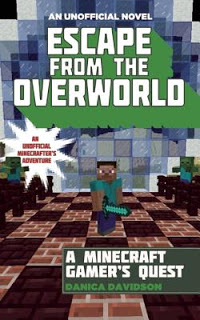 I took a brief look at other books Skyhorse was publishing to get a feel for what they wanted but to also make sure I pitched them something different.

After brainstorming for a while and asking friends (who were also Minecraft fans) what they thought of my ideas, I wrote a proposal that was several paragraphs long and built down the framework for the first book. Skyhorse wanted it and the result was Escape from the Overworld.

The first book sold well, and now I’ve written six books in this series: Escape from the Overworld, Attack on the Overworld, The Rise of Herobrine, Down into the Nether, The Armies of Herobrine and Battle with the Wither. I wrote them as adventure novels that happen to take place as if Minecraft were real, because I want them to be enjoyable to both Minecraft players and nongamers who just like a good action story.

With Barbie, I was submitting my resume to different comic book publishers. Papercutz, a publisher that does kids’ comics, wrote back with some interest. I sent them a spec script for Tales from the Crypt that I’d written, since they publish that franchise.

I didn’t sell Tales from the Crypt right away, but they liked it enough they told me to hold tight and they’d contact me when they had a property I could work on. A few months later, they asked if I could do Barbie! (Yes, you heard right — from Tales to the Crypt to Barbie.) 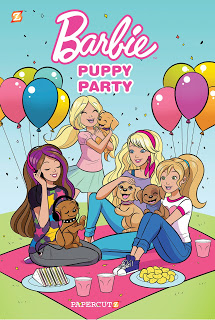 Mattel was watching over the project, because this is an official book, so when Papercutz asked me to write a proposal involving Barbie and puppies, that meant both Papercutz and Mattel would have to approve. I watched the new movie “Barbie and Her Sisters in the Great Puppy Adventure” (2015) and read some Barbie books to get a feel of what Mattel might like.

Puppies made me think of my love for animal welfare, so I pitched a proposal that Barbie and her sisters would put on a puppy party to get all the local shelter pets adopted. Mattel liked the proposal, so then I wrote the script, which then went to both Papercutz and Mattel to look over. (And, yes, I did end up selling the Tales from the Crypt script, and that will be out in 2017 from Papercutz!)

I never anticipated writing tie-ins, but I’ve had a lot of fun doing them.

You have to find the right companies to do them with, and the fact I already had a professional resume helped get attention on me. It’s kind of like a challenge to plug yourself into these different worlds and see what you come up with. You also never know what sort of adventures you’ll find yourself in!