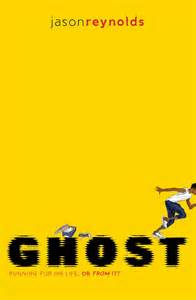 Jason Reynolds won the 2017 Charlotte Huck Award for Outstanding Fiction for Children for his book Ghost (Atheneum). The Charlotte Huck award is given to books that promote and recognize fiction that has the potential to transform children’s lives.

Melissa Sweet won the 2017 Orbis Pictus Award for Outstanding Nonfiction for Children for her book Some Writer!: The Story of E.B. White (Houghton Mifflin Harcourt).

The NCTE Orbis Pictus Award, established in 1989, is the oldest children’s book award for nonfiction. 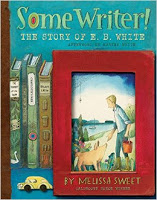 Marilyn Nelson won the 2017 NCTE Award for Excellence in Poetry for Children. The biannual award is given to a living American poet for his or her aggregate work for children ages 3–13.

Honor and Recommended book lists were also announced. All three authors will be invited to speak at next year’s NCTE Annual Convention in St. Louis, MO.

NCTE is the nation’s most comprehensive literacy organization, supporting teachers across the preK–college spectrum.

Through the expertise of its members, NCTE has served at the forefront of every major improvement in the teaching and learning of English and the language arts since 1911.