Recently, I received an email from Abby, a student at the University of North Carolina at Chapel Hill. She was working on a research project about Lollipop Power, a small press established in Chapel Hill in 1970.

She wanted to know if I was the author of one of their books, María Teresa. She’d found correspondence between the author and the press archived in the university library.

“Looking at your website,” she wrote, “I see you are a great educator! I am teaching in Texas after I graduate so I always love stumbling upon other teachers and seeing their wisdom.”

Of course I got right back to her! Now in my 60s, I am full of wisdom and I’m always happy to share!

I had written María Teresa when I was living in Cincinnati, Ohio in the late 1970s. I taught Spanish then to first and second graders at Silverton Elementary School in a magnet program to attract white students to the predominantly black school. Because I only had high school certification, I needed to get my elementary certificate to keep my job. I enrolled in the necessary courses at Xavier University. 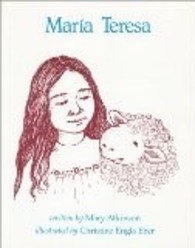 I signed up for History of Children’s Literature, a course that ultimately guided me to my life’s passion—writing for children. One day, we had a guest speaker: Lucille Clifton.

What she said had a profound impact on me. She said that all children deserve to see themselves in children’s books. In 1977!

As a teacher in a school where most of my students were black, Clifton’s comment resonated with me. I’d already looked in my local library for picture books where both the students I taught and the children who spoke the language I taught were represented. I’d found very few.

One assignment in the children’s literature course was to write and illustrate a children’s book. Another life defining moment!

Thus, María Teresa was born. María Teresa tells the story of a young Mexican American girl who finds her voice in her Anglo classroom through her puppet, Monteja la Oveja.

I decided to try to get María Teresa published. I combed through the thick volume of the Writer’s Market at the Cincinnati Public Library. Why did I pick Lollipop Power Press among all the others listed?

Because I loved the Lollipop mission.

The Lollipop Power Press was a non-sexist and non-racist children’s book publishing collective, a feminist press concerned with issues of class, race, and gender equality. 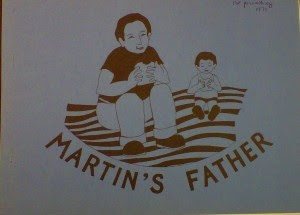 It published books such as Martin’s Father by Margrit Eichler about a boy and his black single-parent father; Jesse’s Dream Skirt by Bruce Mack about a boy who sews his own skirt and wears it to school;
and In Christina’s Toolbox by Dianne Homan about a girl who loves to build things just like her mom.

I was thrilled when Lollipop accepted my manuscript for publication. That was easy, I thought! I’m going to be a children’s author! I’ll write stories, send them to publishers and they’ll become books. (Little did I know…)

Abby, the college student, and I spoke on the phone. Her curiosity about and enthusiasm for María Teresa touched me deeply. It took me back to a time when a book about a girl and her toolbox, a boy who wears a skirt, and a boy with a single black dad were unusual, and in many places, controversial.

“Were you a radical?” she asked me when I told her about how Lollipop Power’s vision back then was so new.

Well, I joked, if believing in equality and access to children’s literature for all children was radical, I guess I was. 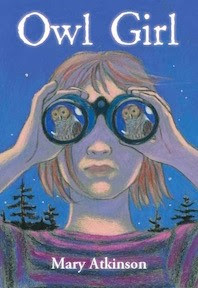 And still am.
It all goes back to my ah-ha moment when listening to Lucille Clifton. Every child deserves to see themselves in the books they read.

As I think back on it, two things are notable. One, that as a WASP New Englander, it had never occurred to me back then to even think about how there were children who couldn’t find themselves in books. And two, that as soon as she said it, it touched a deep well inside me.

I understood what she was saying. I understood how important it was. And I wanted to be a children’s author who wrote stories for and about all kinds of children.

Forty years later, the vision of We Need Diverse Books is “A world in which all children can see themselves in the pages of a book.”

Am I a radical to ask, “Why is this taking so long?”

Mary Atkinson has taught Spanish to students of all ages, been a third grade teacher, and hosted a Spanish radio show. Her poetry for children has appeared in magazines and anthologies, and her fiction and non-fiction have been published widely in educational markets. She is the author of Owl Girl (Maine Authors Publishing, 2015).