Now, in its twelfth year, this blog is an upbeat, nurturing source for conversations, for sharing resources and for celebrating literature for young readers.

The big-picture goal is to offer substantial children’s-YA writer, artist, and book-lover takeaway, and for both the heart and mind.

The content encompasses all literary age ranges, genres, and formats for kids and their champions. It advocates diversity, defined broadly, and always has.

Want to join in? Those interested in contributing a New Voices or New Visions interview (for trade published debut authors and illustrators; there are other options for indie authors), a guest post, a book trailer, a resource or news item, should contact me at cynthia at cynthialeitichsmith dot com.

Busy summer?! Not to worry. Over the next couple of weeks, Cynsations will catch you up on summer of children’s-YA literature highlights while also moving forward with the community.

More personally, a major event during my blogging vacation was the Asian Festival of Children’s Content in Singapore.  I had the opportunity to speak on writing YA fantasy, participated in several panels (trends, censorship, etc.) and co-taught an all day writing workshop with the delightful and brilliant Gabriela Lee from the English department at the University of the Philippines. I also had a lovely dinner out with the SCBWI international crowd. I learned a great deal about the larger world of youth literature, and Cynsations will certainly include materials to raise awareness of the international world of children’s-YA books, their creators and publishers.

I also returned to my Vermont College of Fine Arts family. We welcomed new visiting faculty Daniel Jose Older, Liz Garton Scanlon, and Linda Urban. Our visiting authors were Maggie Stiefvater and April Pulley Sayre, and I had the honor of leading a workshop with David Maccins Gill.

Through all that and beyond, I’ve been working on my upcoming realistic contemporary YA novel, tentatively titled “How to End a Date” and currently scheduled for fall 2017 from Candlewick. It’ll be my first Native point-of-view novel since my debut, Rain Is Not My Indian Name (HarperCollins) back in 2001, though I’ve published Native work for younger children and YA short stories.

It’ll also be my first realistic contemporary novel for upper-level teens. Having written seven prose genre benders (with a multitude of fantastical elements), I tend toward streamlined prose and fast pacing. Because, after all, I’ve usually had all that world building–magic and creatures–to weave in without going heavy on the exposition. So, this has been a very different creative experience and, in many ways, a more personal one, too, as my loose inspiration is quasi autobiographical. 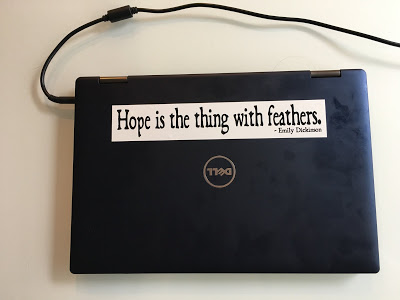 My official author website, including Children’s-YA Literature Resources, was redesigned by Square Bear Studio. Content is being steadily updated. Please see Awards for Children & YA Literature By State and let us know if you can point to any additional listings.

Biracial, Bicultural Roundtable (Part One, Part Two)
by Cynthia Leitich Smith from We Need Diverse Books. Peek: “According to a 2015 Pew study, 6.9 percent of the U.S. population is biracial. According to the 2010 Census, between 2000 and 2010, the number of people identifying themselves with more than one race rose from 6.8 million to 9 million.” Contributors: Will Alexander, Crystal Chan, Kekla Magoon, Jo Whittemore, and Yvonne Wakim Dennis.

Back to School: MFA Day One by Rebecca Grabill, Two, Three, Four, Five, Six, Seven from The Mitten. Peek: “The biggest reason I felt I needed an MFA program was that I was painfully unaware of gaps in my knowledge. In essence, I didn’t know what I didn’t know.” — Anita Pazner (VCFA)

VCFA Brings Writing Programs to Underserved Kids by Judith Rosen from Publishers Weekly. Peek: “…to encourage underserved kids from ages six to 18 to write. VCFA alums will work with existing writing programs like 826 to give them an opportunity to expand their writing workshops. As part of the initiative, alums will also visit the children of migrant farmers and others for whom author visits are rare in order to nurture a greater diversity in potential young writers.”