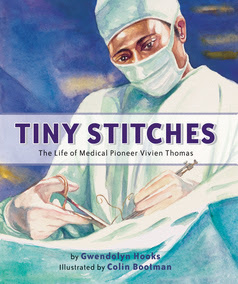 Cynsations is now on summer hiatus until early fall 2016.
In the meantime, keep up with children’s-YA literature, writing & publishing news at facebook and Twitter. Thanks for your
readership and support! Note: Please hold off on sending correspondence, interview/post materials & queries until after June 1.

Congratulations to Gwendolyn Hudson Hooks and Colin Bootman on the release of Tiny Stitches: The Life of Medical Pioneer Vivien Thomas (Lee & Low, 2016). From the promotional copy:

Vivien Thomas’s greatest dream was to attend college to study medicine. But after the stock market crashed in 1929, Vivien lost all his savings. Then he heard about a job opening at the Vanderbilt University medical school under the supervision of Dr. Alfred Blalock. Vivien knew that the all-white school would never admit him as a student, but he hoped working there meant he was getting closer to his dream.


As Dr. Blalock’s research assistant, Vivien learned surgical techniques. In 1943, Vivien was asked to help Dr. Helen Taussig find a cure for children with a specific heart defect. After months of experimenting, Vivien developed a procedure that was used for the first successful open-heart surgery on a child. Afterward, Dr. Blalock and Dr. Taussig announced their innovative new surgical technique, the Blalock-Taussig shunt. Vivien’s name did not appear in the report.


Overcoming racism and resistance from his colleagues, Vivien ushered in a new era of medicine—children’s heart surgery. This book is the compelling story of this incredible pioneer in medicine. 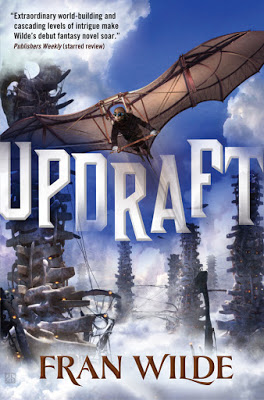 Congratulations, Supriya Kelkar, winner of the New Visions Award given by Tu Books, the middle grade and young adult imprint of Lee & Low! Peek: “The New Visions Award honors a middle grade or young adult novel for young readers by an author of color who has not previously published a novel for that age group. It was established to encourage new talent and to offer authors of color a chance to break into a tough and predominantly white market.” Cheers also to honor winner Alexandra Aceves and finalists Elizabeth Stephens, Hilda Burgos, and Alex Brown. Note: The Lee & Low New Voices Award is now open for submissions.

Continuing Belpré’s Legacy of Lighting the Storyteller’s Candle by Sujei Lugo & Dr. Sonia Alejandra Rodríguez from Latinxs in Kid Lit. Peek: “…Belpré was telling, writing, and performing stories that centered Puerto Rican culture and folklore, that she created a space at the NYPL and made Puerto Rican children the center of it, and that she was committed to making books available to children. In this way, Belpré led her own revolution.” See also part 2.

Book Prices & The Value of Writing by Porter Anderson from Writer Unboxed. Peek: “We’re in a world now that thinks it can write just as well as you can. It doesn’t need your book. It can write its own. It can publish it. And it can lowball it on Amazon, leaving your would-be readers clicking right past your beautiful books.”

Author Interview: Carries Jones & Time Stoppers from The Launch Pad. Peek: “She has mechanical skills. She only passes out when faced with trolls. She boasts. She’s tough. She’s totally not me. She was so much fun just because she would say things that overly polite Carrie Writer Person would never think of saying.”

Towards a Common Understanding of Native Peoples in the U.S. (or, Why Alexie’s Thunder Boy Jr. Needs a Note to Readers) by Debbie Reese from American Indians in Children’s Literature. Peek: “I’m hoping that Little, Brown (the publisher) will include a Note in the next batch, providing a ‘do not use this book as an activity for which kids pick a Native American name,’ an explanation for why that is not a respectful activity, and a bit of information about Native naming.” 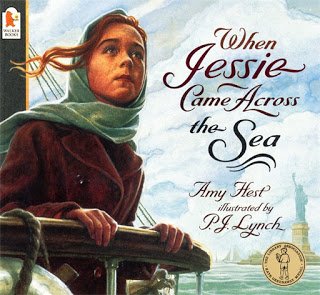 P.J. Lynch is Ireland’s New Poet Laureate from The Guardian. Peek: “He was born in Belfast and has illustrated over 20 beautiful books.”

Gutsy, Funny, and Flawed: Angela Cervantes on Crafting Strong Latina Characters by Ruth Quiroa from School Library Journal. Peek: “Research was important because I felt a duty to be a voice for these kids who actually have to face what Gaby is going through. I wanted to be true to them as much as possible.”

Fallow Fields — An Argument for Letting Your Creativity Rest by Kristan Hoffman from Writer Unboxed. Peek: “By trying to grow too much too fast, I was depleting my soil of nutrients, attracting pests and disease, creating an unruly, inhospitable chaos — not to mention wasting my own precious energy.” See also Step Away from That Keyboard by Donna Janell Bowman from Emu’s Debuts.

One Thing Leads to Another: An Interview with M.T. Anderson by Julie Bartel from The Hub. Peek: “I first realized how differently the idea of ‘student’ plays out in different cultures. In ours – even more now than when I was in college – the student is first and foremost constructed as a consumer. We invite them to understand themselves in that way. They become thinkers despite the role we groom them for. And that’s a tragedy.”

Did you know Beethoven Loved Maracroni and Cheese? Kathleen Krull on Writing Biographies from Lee Wind from SCBWI. Peek: “After you’ve soaked up all your information, don’t use it all. Being selective is the magic key. Use only the most savory, cream-of-the-crop stuff, plus the facts that move your narrative along.”

My “Gay Agenda” as a Children’s Author from Kimberly Brubaker Bradley. Peek: “At first I thought, no, I wasn’t doing that. I was just writing the best book I possibly could. Then I thought, of course I was doing that.” 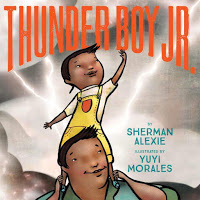 The winner of Moribito: Guardian of the Spirit by Nahoko Uehashi, translated by Cathy Hirano, is Erin in North Carolina. 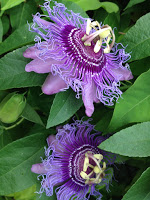 Reminder: Cynsations is now on summer hiatus until early fall 2016. In the meantime, keep up with children’s-YA literature, writing & publishing news at facebook and Twitter. Note: Please hold off on sending correspondence, interview/post materials & queries until after June 1.

Thanks for your readership and support!