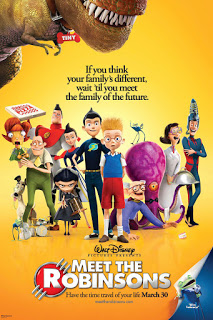 As with a lot of aspects of creative media these days, Disney movies have been criticized for their lack of diversity.

While such criticism is necessary, I think it’s important as well to give praise where it’s due and acknowledge things done right.

So I want to hand it to Disney for featuring resonant Asian-white characters in several of its recent animated movies, something you rarely see in any media.

The characters Hiro and Tadashi from “Big Hero Six;” Wilbur Robinson from “Meet the Robinsons;” and Russell from “Up” are all Asian-white (this in a field that’s largely #whitewashedOUT, and note that all of these films were financially successful).

One of the things about these portrayals that I particularly liked, too, was that while the characters are clearly the products of their backgrounds, their ethnicities were not the be all and end all of their existences. 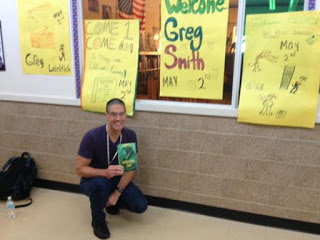 In other words, they are fully developed characters – persons – with individual wants and needs that have nothing to do with their heritage.

Being of German and Japanese descent myself, I tend to notice this sort of thing.

Portraying Asian mixed-race characters as mainstream with idiosyncratic wants and needs is something I’ve striven for in my books.

My first novel, Ninjas, Piranhas and Galileo, pokes some fun at the “caught between two worlds” motif: Shohei O’Leary (one of three co-protagonists) is of wholly Japanese descent and has been adopted by parents of Irish descent. Still, he is first and foremost a kid who has to deal with his specific wacky parents.

In Tofu and T.rex, the protagonist, Hans-Peter Yamada (whose family owns a German delicatessen and butcher shop), has to deal with a vegan cousin who comes to live with them.

Similarly, the protagonist, Max Pierson-Takahashi, and his siblings in Chronal Engine and Borrowed Time (both Clarion) are, like Hans-Peter, hapa. They’re Asian and white. (Their friend Petra is Mexican-German American.)

Max is focused on surviving encounters with Tyrannosaurus rex and surviving being caught between the contemporary world and the world of dinosaurs (literally),  as opposed to being “caught between two [ethnic] worlds.”

This is all to say, when it comes to animated hapa boys: Good job, Disney.

Now about live-action kids, other identities-intersections, and hapa girls…

Greg is currently booking for fall 2016 and the 2017-2018 school year. Contact The Booking Biz to invite him to your event.

Greg uses the term hapa to refer to someone of biracial (Asian) heritage. He learned it from his mother, who is Japanese-American, originally from Hawaii.