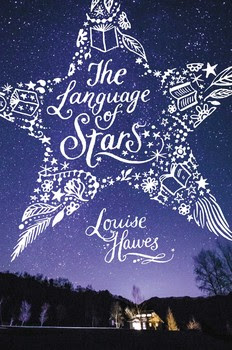 From the promotional copy of The Language of Stars by Louise Hawes (McElderry, 2016):


Sarah is forced to take a summer poetry class as penance for trashing the home of a famous poet in this fresh novel about finding your own voice.


Sarah’s had her happy ending: she’s at the party of the year with the most popular boy in school. But when that boy turns out to be a troublemaker who decided to throw a party at a cottage museum dedicated to renowned poet Rufus Baylor, everything changes.

By the end of the party, the whole cottage is trashed—curtains up in flames, walls damaged, mementos smashed—and when the partygoers are caught, they’re all sentenced to take a summer class studying Rufus Baylor’s poetry…with Baylor as their teacher.

For Sarah, Baylor is a revelation. Unlike her mother, who is obsessed with keeping up appearances, and her estranged father, for whom she can’t do anything right, Rufus Baylor listens to what she has to say, and appreciates her ear for language. Through his classes, Sarah starts to see her relationships and the world in a new light—and finds that maybe her happy ending is really only part of a much more interesting beginning.

The Language of Stars is a gorgeous celebration of poetry, language, and love.

What was your initial inspiration for The Language of Stars? 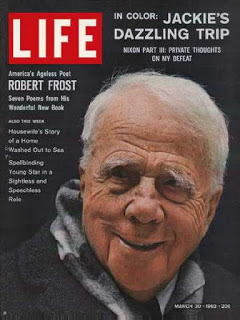 In 2008, I stumbled on a newspaper article about a group of Vermont teenagers who’d been caught throwing a party in the historically preserved summer home of Robert Frost. They’d vandalized and set fire to the place, but few of them were over eighteen.

A resourceful judge, who couldn’t send them to jail, sentenced them to something some of them may have enjoyed even less—they had to take a course in Frost’s poetry!

As soon as I read this, my writer’s “what-if” machinery kicked in: what if, I asked myself, the poet in question weren’t Robert Frost, but an equally famous, Pulitzer-prize winning, world-renowned Southern poet, someone who made his home in North Carolina, where I live? What if, unlike Frost, who’d been dead for decades when the vandalism happened, my fictional southern bard was still alive when young party-goers destroyed his house? And what if he decided to teach those kids himself? What if one of those students was a young girl who showed a natural ear for poetry?

It was a long gestation period! First, I needed to find my narrator, who turned out to be sixteen-year old Sarah Wheeler, a character who came to me almost immediately, but whose voice and interior life took me months of free writing to uncover. 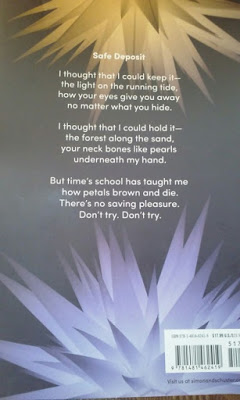 Next, I read all the biographies on Robert Frost and everything he ever wrote (including some pretty awful plays modeled on seventeenth-century court masques!). After that, free writes helped me hear the voice of Rufus Baylor, my book’s poet, who shares some life experiences, artistic convictions, and teaching approaches with Frost, but whose personality and poems are all his own.

Next, it was time to write a draft, submit it to my agent, Ginger Knowlton at Curtis Brown Ltd. in New York, and then tighten and re-think major aspects of the book. (No, great agents don’t line edit; but yes, they do ask crucial questions about readership and story!)

When it was time to submit, I found out the hard way that a YA novel in which an octogenarian is a major character is not an easy sell! I also learned to treasure the judgement and eye of the brilliant editor (Karen Wojtoyla at Margaret McElderry) who trusted my book enough to acquire it and to ask me to rewrite it. Again?!

Seven years from inspiration to completion! Which may be why, in comparison, the year between signing and publication seems to have flown by!

What were the major challenges (research, craft, emotional, logistical) in bringing the book to life?

You’ve named the usual suspects, Cyn. Research and craft, as well as sustaining emotional and artistic investment through so many years, most of them without a contract—all of it was far from easy. But the thing I found most difficult and at the same time most rewarding, was combining the three formats I wanted the novel to include.

First, Stars is written mostly in prose; it’s not a novel in verse. Second, of course, it also features poetry. I mean, hello? Most of the major characters in the book have chosen to study poetry rather than do hard time!

Lastly, because my narrator, Sarah, is a wannabe actress whose role model is Sarah Bernhardt, and because she and her mentor, Rufus, hear the whole world talk, talk, talking to them, I’ve also included play scripts that feature an on-going dialogue between things and people.

Talk to us about your audition to read the audio edition of the book for Brookstone.

I have a theater background, so I asked my agent to write an author audition into the audio contract for Stars. After all, I reasoned, I had been a national finalist in the National Academy of Dramatic Arts competition; I had endured NYC audition rounds, portfolio in hand; and colleagues and students at the Vermont College of Fine Arts had listened attentively to my readings from each draft of Stars. Who was better suited to bring the audio book to life?

A lot of people, it turns out! Blackstone Audio required a short five-minute sample—a cinch, right? It took me days to come up with that recording, but it took the company’s studio director exactly three hours to respond to my emailed mp3.

What he told me, kindly but firmly, was that audio listeners have well-developed tastes and high expectations, the least of which is that a teenage narrator’s voice will sound as if she’s between the ages of 14 and 20. To soften the blow, and because I did have prior recording experience, he asked if I would help him select our reader from among their final candidates.

Here’s the humble pie part: the part where I tell you that any one of their top ten voice actors were about 900 billion times better qualified to read my book than I was!! Yes, I got to make the final call: Katie Schorr is a full-time actor, an all-round stage talent, and gives one of the most nuanced, sensitive readings I’ve ever listened to on audio. I can hardly wait for everyone to hear it!

What’s new and next in your writing life?

A lot! Current works in progress include The Gospel of Salomé, YA historical fiction about the young woman the new testament credits with having danced off the head of John the Baptist; Love’s Labor, an adult novel about an aging playwright; and Big Rig, a brand new middle-grade novel.

In addition to working on my own projects, I’m also cooking up another Four Sisters Playshop with my three sisters—a painter, a musician, and a film-maker. We’ll be exploring a new theme in August 2017: Death, Cradle of Creativity. We hope to share writing, movement, music, sculpture and painting with participants, and in the process destroy a lot of stereotypes about death and aging!