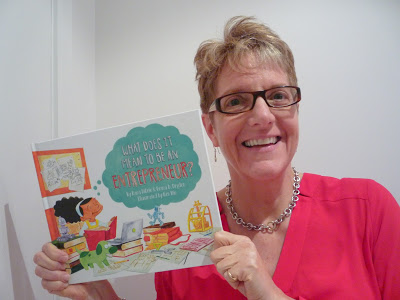 An Editor Tries on Her Writer Hat

I’ve been a children’s book editor for over thirty years. Editing’s in my blood. Little else brings me as much joy or satisfaction as coaxing, guiding, and encouraging authors and illustrators to dig deeply and express their truest passions and richest stories.

Throughout the journey, I’ve been asked many times if I ever wanted to write. The long and short answer to that question is “Yes.” But that’s easier said than done.

Being a life-long editor for others comes with a significant downside: I have an aggressive, impatient editor living inside me. She’s tough.

So much so that when serendipitous events occurred and stars aligned for me to co-write a picture book last year, I had to have it out with my internal editor and it wasn’t pretty. I started out nicely, pleadingly, but soon began to rant and swear, begging her to shut up and leave me alone so I could just put down on the page whatever I wanted, without limitation, without question, without suggestion. It’s an understatement to say my internal editor had a hard time turning off. But finally, finally she did shut up and I could start to write.

Maybe it was the looming deadline and my co-author expecting to hear from me that boosted the confidence in the writer part of me to strap my internal editor into the time-out chair. Or maybe it was exhaustion and the writer part of me just didn’t care anymore what those first sentences looked or felt like, as long as there was something on the page. Or maybe it was my trust in the writing process (goodness knows I’ve told hundreds of writers over the years to trust the process!) that eventually forced my internal editor to just darn well wait her turn. 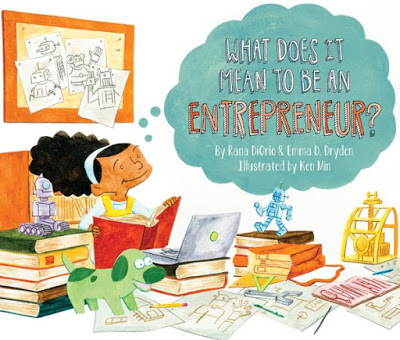 I suspect it was all of these combined that finally allowed me to write with creative adrenaline the words and phrases that would eventually become the score for What Does It Mean to Be An Entrepreneur? (Little Pickle, 2016).

Most artists are not professional editors, but artists are always contending with some sort of internal editor—that nagging, probing questioner; that voice saying something isn’t good enough; that self-doubter.

Editing, eventually, is critical to the process, but not during those early moments of creativity, when the words and the sketches are barely formed and just emerging from the craftsperson’s imagination.

Through the experience of quieting down my internal editor to write What Does It Mean to Be An Entrepreneur?, I received two great gifts. One was that I was reminded of the obligation I have as an editor: To be patient, supportive, and empathetic to the myriad of feelings (euphoria and despair and everything in between!) an author or illustrator is going to be feeling during their creative process.

And the second gift I received is seeing my name in the byline of a book that springs from my own experiences starting a company and of which I couldn’t be more proud. I was in a position not only to co-write the book, but to edit it and assist in design and art direction—it was the best of all possible worlds for me creatively and professionally.

And now I know, when it comes time for me to write some more, exactly where my internal editor’s time-out chair is waiting!

Emma D. Dryden is the founder of drydenbks, a premier children’s editorial and publishing consultancy firm which she established after twenty-five years as a highly regarded children’s book editor and publisher. She works with authors, illustrators, start-ups, publishers, and app developers.

Emma has edited over a thousand books for children and young readers and during her tenure with Atheneum and McElderry Books, many of her titles hit bestseller lists in USA Today, The New York Times, The Washington Post, Publishers Weekly, and other national publications, and have received numerous awards and medals, including the Newbery Medal, Newbery Honor, and Caldecott Honor. Emma’s on the Advisory Board of SCBWI and speaks around the world on craft, the digital landscape, and reinvention.

Enter to win one of three signed copies of What Does It Mean to Be An Entrepreneur? by Rana DiOrio and Emma D. Dryden, and illustrated by Ken Min (Little Pickle, 2016). Author sponsored. U.S. only.

24 thoughts on “Guest Post & Giveaway: Emma Dryden on Putting the Internal Editor in a Time-Out”