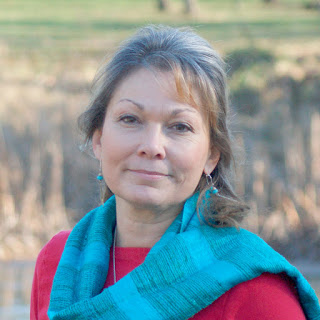 Eventually, she earned her degree in Biological Pre-medical Illustration from Iowa State University—a curriculum that allowed her to combine her love of illustration and science.

As an artist, she has worked in various fields: scientific illustration, animation, graphic design, nature painting, licensing and gift design. She now works from her studio, surrounded by woods, overlooking a small pond where she writes and illustrates stories for children; inspired by nature, imagination and a tad bit of humor. She also enjoys creating pop-up and moveable books. 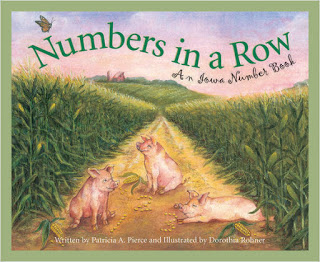 Her work for children has also been published in Cricket Magazine.

That same year, she was selected for the 2014 SCBWI Portfolio Mentorship Award at the SCBWI Summer Conference.

What inspired you to begin creating illustrations for children? 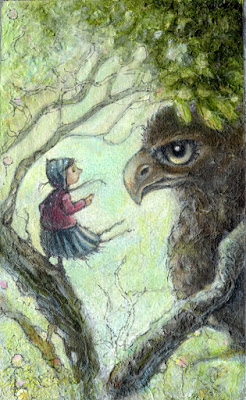 When I was small, my mother wrote stories for my six siblings and me. She created believable worlds and illustrations to go with them. They were never published, but I remember how magical an ordinary day became when she shared her stories with us—inviting us into her imaginative worlds.

My mother’s influence first inspired me to want to create books for children. Years later, while studying scientific illustration, the class assignment was to make a spread for a children’s book. That studio project sparked my childhood memories and rekindled that desire to make books for kids. It took a little while, but eventually I illustrated my first children’s book.

How has your experience with scientific illustration influenced your work for children?

My training has influenced me to enjoy drawing animals, plants, birds and insects living in the natural world. However, with my illustrations for kids, I find it much more fun to add in a few fairies, and other whimsical critters.

What was the inspiration for the illustration Firefly Forest, winner of the 2014 SCBWI Bologna Illustrators’ Gallery? 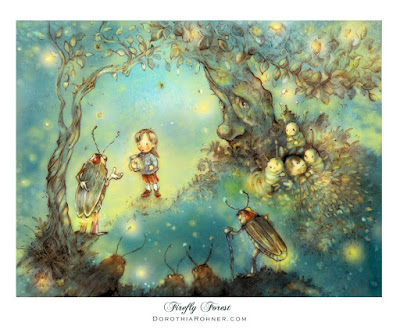 I’ve always been fascinated with fireflies because of the magic they bring to summer nights. Years ago, like most children, we used to chase and capture them to fill our jars with light.

Inspired by these memories and the forest we now live near, I sketched out the trees that speak only truth, an angry council of fireflies that rule the forest and a little girl carrying a jar full of fireflies, searching for her brother. I intentionally left the narrative open for the viewer to interpret.

I created this illustration in two days and I really enjoyed working on it. However, I almost didn’t enter the BIG contest because I thought it was too odd of an illustration. However, I ended up sending it anyway. I’m glad I did. 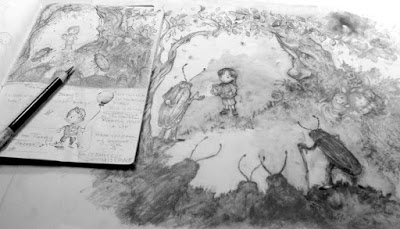 What are you working on right now?

With the input of my agent, Laura Biagi, I am revising a manuscript that is almost ready for submission. Yay! I’m finishing up the character sketches and illustrations that will accompany this story.

While I was in New York at the winter SCBWI conference, I was able to meet with Laura to discuss my other projects. She asked about the story behind Firefly Forest, so I am brainstorming and diving into that next. I also received helpful input from an art director in New York on a novelty fairy book, so I will be revising that too. I also have a sketchbook filled with ideas that could be potential stories.

What advice would you offer illustrators who are just starting out in the field of children’s literature? 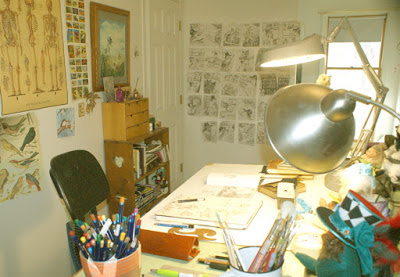 The advice I try to remember is patience, practice and perseverance. It’s hasn’t been that long since I began focusing on making books for children, so I still feel new to this, too.

In any field of creating art, I believe it is essential to honor your individuality and create from the inner voice. This helps to quiet the inner critic that so often leads to comparison and competition with other artists. It is important to study other artists work, get involved with online picture book communities, and celebrate other’s successes.

I would suggest joining SCBWI, going to conferences, getting portfolio and manuscript critiques, joining local critique groups and finding like minded people who you can learn from, share with and enjoy the journey. Lastly, read lots and lots of kids books! 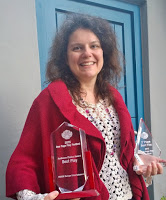