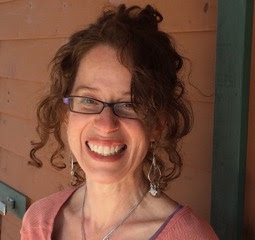 Space. Not up, as in the final frontier, but between, as in the distance between you and me.

I’ve been thinking a lot about that kind of space lately, and I’ve been especially curious about what can happen inside of it. What I’ve come to believe is that anything can happen—and everything.

Space in Another Kind of Hurricane

“Who will get my pair of pants?” my four-year-old son, Luc, asked me.

It was late August 2005, in the days immediately following Hurricane Katrina, and we were dropping off food and clothing at our local police barracks.

Luc’s question was a good one. A great one, actually.

It is just under one thousand six hundred miles from where we live in Vermont to New Orleans. That’s a lot of space. But at the other side there was a four-year-old kid who would soon be wearing Luc’s green pants with the moose on them.

Lucaiah’s question connected the two boys. His question—his curiosity about this other kid—made that space become vibrant and alive; filled it with potential…for interaction, for transformation, for growth.

Who will get my pair of pants?

I couldn’t get the question out of my head. So I stumbled my way through the process of learning how to write a novel, this novel – a story that became about a ten-year-old boy named Henry, who lives in Vermont and whose friend dies in a mountain accident, and another ten-year-old boy named Zavion, who lives in New Orleans, and whose house is destroyed in Hurricane Katrina, and the strange, almost magical, way their lives become entwined.

I kind of frantically wrote the novel. Hurricane-style. Fast and furious – ideas whipping around me like wind; words pouring down onto the page in buckets.

I finally finished what I thought was the final draft of Another Kind of Hurricane in 2007. I found my agent in 2008. We sent the novel out that fall, and by the end of 2009…

I had a lot of rejections. I was, I’m going to say it, flooded with them. Something was missing from the story.

It literally hit the block I live on. The river we live right by flooded its banks and water poured onto our street from two sides. Water reached the stop sign at the entrance to the block. Sheep and pigs from the farm at the other end of the block had to be rescued in kayaks. Our houses flooded. The basement of my house flooded, destroying our water heater and a pellet stove. We lost our kids’ artwork, bins of clothing, and some of my manuscript among other things. 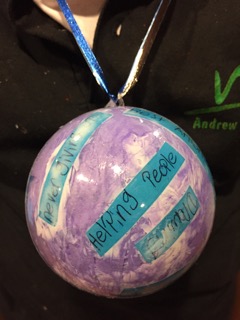 We were extremely lucky—no one was hurt. And I know that what we experienced was only the smallest fraction of what folks went through in New Orleans. But still, living through Irene touched me deeply. But not only in the ways you might expect.

I opened the box. It was filled with photographs. For those of you who aren’t familiar with these, I’m talking about 35mm, developed film, no saving them on your phone, no posting them on Facebook! A picture of my siblings and me at my wedding, a picture of my sister the first time she made Luc laugh, a picture of a camping trip with friends. The photos were soaking wet and covered in mud. I knew there were dozens of similar boxes, still in the basement. I knew I had to throw them all away. But I couldn’t do it. Not yet. So I went back to filling the dumpster. Hours later, as the sun was setting, I took a break and walked to the lawn at the side of my house.

What I saw took my breath away. 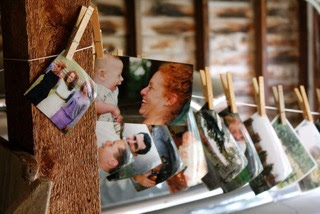 People I didn’t know—were saving all of my photos. Someone meticulously peeled them apart, someone rinsed them in a shallow bin of water, and someone hung them on a clothesline to dry.

It was one of those moments that shines a light. Instead of quickly chucking that box of photos, I had accidentally left a space for these people. They became like Lucaiah, my son, asking a question:

What should we do with these photographs? And I became the kid who got the moose pants. Without realizing it, I had allowed there to be that vibrant, full-of-potential space. A space, it turns out, spanning those amazing people and me.

And inside of that space, those people and I—we were forever changed; we became friends.

And all of a sudden I knew. This was the something missing from my novel. Space. 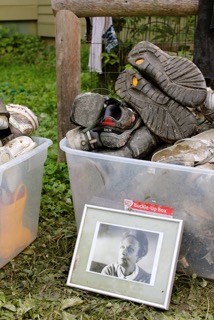 One thousand six hundred miles between Vermont and New Orleans. A space just as far and, it turns out, just as close as between those people and me.

Irene had soaked me with a giant reminder about the power of that kind of space. It’s a little like the eye of a hurricane, perhaps. That lull in the middle of the storm. But not really. It’s less like an eye and more like a heart. A place that quietly beats with life. Or two hearts, really. The magic of space, for me, is the landscape—or maybe people-scape—where the alchemy of one person connecting with another unfolds.

And now I had to create that – and trust that – as I headed into yet another draft of Another Kind of Hurricane.

Jeanette Winterson said in her book of short stories: In the space between chaos and shape, there was another chance.

After my experience with Irene, I revised my novel more slowly. I took that one thousand six hundred mile journey step by step. Page by page. Person by person.

What did that look like in my life? I spent less time furiously writing and more time watching, walking, talking with people. I was more curious and vulnerable, braver about hanging out with not knowing, braver about letting whatever knowing might come, come organically. It looked like sitting at my friend’s kitchen table drinking coffee and telling Henry and Zavion’s story. It looked like running on the river trail with my dog before the sun came up not thinking about Henry and Zavion at all. It looked like honoring that vibrant and alive space.

Sometimes it wasn’t easy – just ask my friends how fun I was to be with sometimes!—but it faithfully continued, like that photograph saving experience, to take my breath away. And to offer epiphanies and spark creativity and teach me what I believe in. 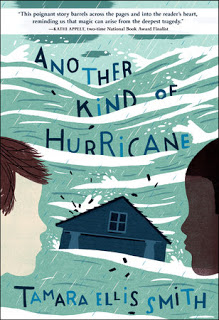 What did that look like in my novel? I cut a lot of words. I am what my editor would call an emotional maximalist! I know, this might be shocking to you. She’s an emotional minimalist, by the way, so we’re a good team! This left more room for my readers to bring their own experiences and ideas to the story.

It looked like rearranging the timeline of the story, allowing Henry and Zavion to make wrong choices and take missteps. It looked like Henry being an animal fact fanatic, allowing him to feel something other than guilt, and Zavion finally remembering breaking his mother’s coffee cup because of a sensory trigger, the bell-sound of a bracelet. It looked like these two very different boys from two very different places almost meeting, and then meeting. And creating comfort and hope and even healing there.

It isn’t always easy for them either, but in that space they are brave enough to be open to, they find reflections of themselves. They find connection. They find friendship.

They find another chance in Another Kind of Hurricane.

Space in Another Kind of Hurricane Project

It is my deep desire to create this kind of space for kids across the country to nurture their own connections, friendships and chances.

The AKOH Project encourages classrooms and schools to identify a school in need, hold a blue jean drive and slip letters and items into the pockets of those jeans. We know that reading fiction builds empathy, and we know that children can feel powerless when disaster strikes in other parts of the world. The AKOH Project hopes to turn empathy into the power to build connections between communities.

Tamara Ellis Smith writes middle grade fiction and picture books. She graduated in 2007 from Vermont College of Fine Art’s MFA program in Writing for Children and Young Adults. Tam’s debut middle grade novel, Another Kind of Hurricane was released by Schwartz & Wade/Random House in July 2015. She is represented by Erin Murphy of Erin Murphy Literary Agency.

2 thoughts on “Guest Post: Tamara Ellis Smith on Another Kind of Hurricane”