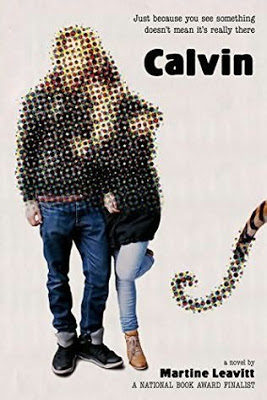 From Macmillan: “Martine Leavitt has written several award-winning novels for young adults, including My Book of Life by Angel (FSG, 2012), which garnered five starred reviews and was a Los Angeles Times Book Prize finalist; Keturah and Lord Death (Boyds Mills, 2012), a finalist for the National Book Award; and Heck Superhero (Boyds Mills, 2014), a finalist for the Governor General’s Award. She lives in Alberta, Canada.”

Congratulations on the release of Calvin (FSG, 2015)! Could you tell us about the book?

Thank you, Cynthia! It is the story of a seventeen-year-old boy who has a schizophrenic episode in school. He can hear the voice of a tiger named Hobbes.

He decides that Bill Watterson could cure him of his mental illness if he would draw one more comic strip, Calvin healthy and without Hobbes. He gets it into his head that he can make Watterson draw this comic if he goes on a pilgrimage to show his true intent and devotion.

He decides to walk across Lake Erie in winter – a deadly thing to attempt.

Why did you write Calvin?

A single neuron in the back of my brain pulsed with sadness for many years, perhaps all my conscious life, because there is such a thing as mental illness. Then one day it touched me, a form of mental unwellness, and it touched my family. Now I was sorry for myself as well as those who suffered with worse than me. Self-pity, sadly, has always been a motivating factor in my life.

Anyway, that single neuron pulsed away even more persistently, hoping for something, the way we send radio waves into space hoping to contact life on other planets.

Okay, it wasn’t that grand, but you get the idea. A sort of electronic storm was fired up between the two neurons, and they went on like that in their little electronic way for a while. Not enough to make a book quite yet, but something was happening.

And then I read online about a man named Dave Voelker who walked across frozen Lake Erie (to a place near Cleveland, where Watterson was once reported to live – coincidence? I think not), and I suddenly had a story wishing to be told. And that is why I wrote Calvin.

This is your tenth book. Does it get easier?

You would think, wouldn’t you. But in fact, no. Every book is a new adventure in insecurity and inadequacy. Every book asks something of you that no other book has asked. 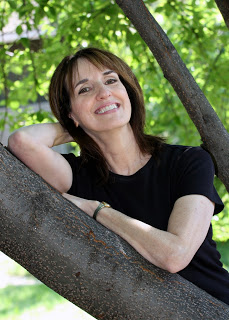 One thought on “Author Interview: Martine Leavitt on Calvin”