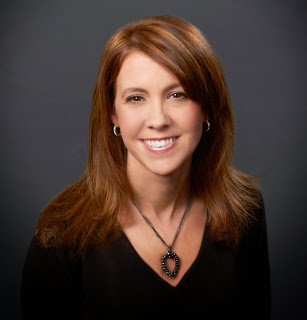 One of the great things about writing science fiction is that you get to make up a lot of stuff.

You can create new worlds, new languages, and even new life forms. From the androids in Philip K. Dick‘s Do Androids Dream of Electric Sheep? (1968) to the self-aware computer Hal in Stanley Kubrick‘s “2001: A Space Odyssey” (1968), an author’s imagination can exceed the limits of what science can do in a given time period.

Yet, as authors, we can’t insert these fantastic elements willy nilly into the story without respecting the basic laws of science.

While some science fiction writers are, in fact, scientists, most of us are not. My Ph.D. in clinical psychology helps quite a bit when exploring character motivation but isn’t so useful when I need to know how a planet’s distance from the moon impacts its rotation speed.

So how does a writer incorporate scientific aspects into their fiction? A little research goes a long way. For instance, if you’re writing a time travel novel, you might want to investigate things like black holes, event horizons, or even string theory. A Wrinkle In Time by Madeleine L’Engle (FSG, 1963) is pure fiction, but wormholes (similar to the tesseract in her story) are real.

The key is not to bore your reader with pages and pages of theories and expositions about the science involved with your story. If it’s fiction, you just want to sprinkle in enough research that your premise is believable.

For my first book in the series, Burn Out (Egmont/Lerner), I had to find a plausible reason that our sun could burn out early. Only by contacting an astrophysicist at a respected university did I find my answer, and luckily for us, it’s unlikely to happen.

In the sequel, Strange Skies (Egmont/Lerner), the new planet of Caelia has only four hours of light (called light breaks instead of “day”) followed by four hours of dark. I had to contact an astrophysicist again for questions I had about planet size and rotations speed, along with making sure that my freshwater oceans were possible. 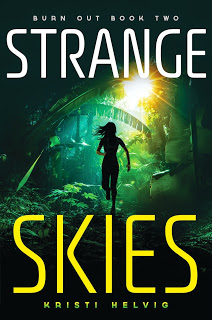 Oftentimes, reading scientific articles and watching documentaries is enough, but I believe that contacting experts is a necessity in many cases.

It’s always interesting to see life imitate art—I’m still waiting for the flying cars in Luc Besson‘s The Fifth Element (1997)—but I had something cool happen with my series.

In Burn Out, the bio-weapons protected by my main character, Tora, are keyed to her individual energetic vibration, meaning that no one else can fire them.

Right before the book was published, which was several years after it was written, my agent sent me an article about guns being developed that would only fire for their specific owner. It’s often a circular relationship, where the science initially serves as a basis for a more advanced idea in science fiction, and then when science advances, that idea can come to fruition years later—such as the advanced crime software in Steven Spielberg‘s “Minority Report” (2002).

The takeaway here for writers is that as long as you follow basic scientific laws in your sci-fi novel, the sky (or galaxy) is the limit! 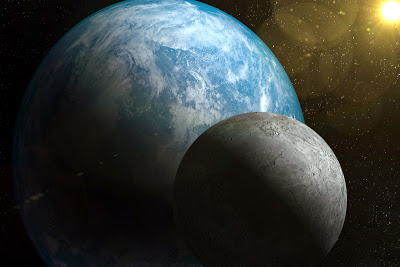 One thought on “Guest Post: Kristi Helvig on Incorporating Science Into Science Fiction”