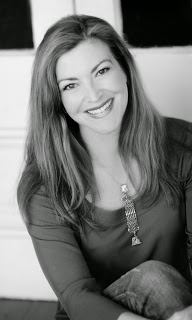 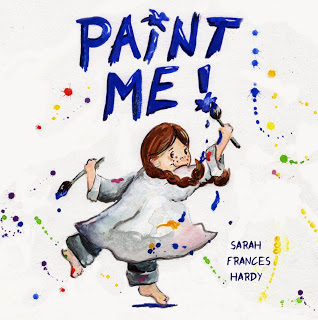 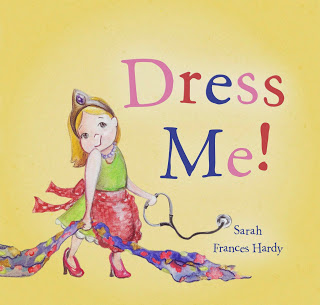 When I was thinking about what my next submission to Sky Pony would be, I sifted through my pile of finished, sort-of finished, and not-at-all finished manuscripts.

I had a longer manuscript for a dress up book that was giving me trouble, but I liked the concept of a girl trying on different outfits and personalities, so I talked through it with my agent.

She suggested that I keep the “me!” theme going and write a companion book to Paint Me! using some of the elements from my longer (and quite honestly, not working) dress up book.

But it was tricky to do …

My first attempts too closely mirrored Paint Me!. The rhythm and structures of the stories were almost identical, and my main character, although different looking, struck many of the same poses as my main character in Dress Me!. The two stories were just too much alike. I had to figure out how to echo my original story while making a fresh and new narrative.

And that was the biggest challenge … making it the same but somehow different! It wasn’t enough to give the main character different words and a different color hair. She had to be a unique person with her own problems and interests.

And the ultimate conflict of the story had to be completely different, but structurally it I wanted it to happen at a similar place in both narratives.

In Paint Me!, a little girl begins the day painting a portrait of her dog and gets a little out of hand. As she skips through the book trying different colors, she calls out the name of each color … “Yellow me! Red me! … etc.” The conflict happens when the main character spills paint everywhere and falls down in a giant messy pile yelling “Mom–meeee!”. 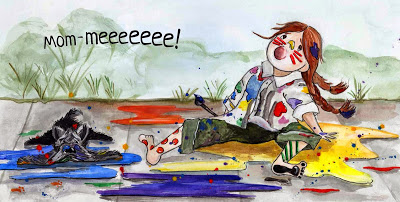 As easy as it would have been to have my main character in my companion book fall down in a pile of clothes and yell “Mom-meee!”, I couldn’t do that. It would’ve been lazy and unimaginative–pretty much the exact same book done over again. And who wants to read that?

So … in Dress Me! my main character tries on lots of different outfits, careers, and (yes) a mustache … 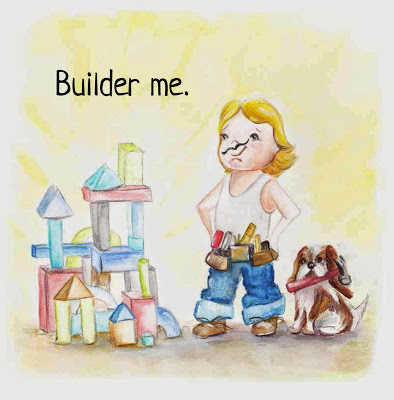 before trying out the ultimate Diva garb complete with a pink boa and tiara. 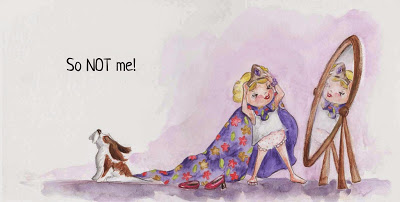 “So NOT me!” she yells. The structure and language of both books are the same, but the conflict and character tell a different story.

Different … but the same.

Plus, I managed to get in a bit of a feminist message, making my book a little different from most of the stereotypical “girl” dress up books out there. My main character in Dress Me! explores who she can be instead of how pretty she can be.