I.W. Gregorio is the first-time author of None of the Above (Balzer+Bray/HarperCollins, 2015). From the promotional copy:

What if everything you knew about yourself changed in an instant?


When Kristin Lattimer is voted homecoming queen, it seems like another piece of her ideal life has fallen into place. She’s a champion hurdler with a full scholarship to college and she’s madly in love with her boyfriend. In fact, she’s decided that she’s ready to take things to the next level with him.


But Kristin’s first time isn’t the perfect moment she’s planned—something is very wrong. A visit to the doctor reveals the truth: Kristin is intersex, which means that though she outwardly looks like a girl, she has male chromosomes, not to mention boy “parts.”


Dealing with her body is difficult enough, but when her diagnosis is leaked to the whole school, Kristin’s world completely unravels. With everything she thought she knew thrown into question, can she come to terms with her new self?


Incredibly compelling and sensitively told, None of the Above is a thought-provoking novel that explores what it means to be a boy, a girl, or something in between.


Could you tell us about your writing community-your critique group or partner or other sources of emotional and/or professional support?

I’ve said it before and I’ll say it again: I never would’ve been published if it weren’t for my critique group. Writing a book, like the process of development for any craft, is such a marathon. You need people cheering you on and passing you water and nourishment in the form of thoughtful, constructive critique. You need to have people who push you to become the best writer you can be.

Most importantly, if you’re going to be publishing a book that is going to be read by the world, you need to help yourself by giving your book baby to kind readers first, because not all critics will be kind. Which is okay – literature is a highly subjective art.

That’s why my critique partners Abigail Hing Wen, Sonya Mukherjee (The View From Gemini (Simon and Schuster, 2016)) and Stacey Lee (Under a Painted Sky (Putnam, 2015)) are the first people I mention in my acknowledgements after my agent and editor.

So where does one find critique partners? Like many, I first met Abby, Sonya and Stacey through the Society of Children’s Book Writers and Illustrators.

SCBWI was essential to me because it taught me the nuts and bolts of the publishing process, dispelling some of the mystique. There’s nothing like running into a famous editor in the restroom to help you realize that editors and agents aren’t mysterious deities.

I’m a big fan of Anne Lamott’s Bird By Bird: Some Instructions on Writing and Life (Anchor, 1995) because it’s funny and honest and generally inspirational.

It’s title also sums up the one trusim of writing advice: Books only get written if you write. Even if you only take one step a day, you’ll eventually finish that marathon.

For writers who have completed their novel but want to polish it, Renni Brown and Dave King’s Self-Editing for Fiction Writers: How To Editor Yourself Into Print (William Morrow, 2004) is an excellent primer that offers really specific examples of ways to polish your writing on a sentence level.

Research was an enormously important part of my story because I’m not intersex myself (a biological condition in which a person’s chromosomes, internal or external sex doesn’t fit the typical definition of male or female). It was so very, very important for me to hear the voices of actual intersex people, rather than treating the topic of intersex as a writing exercise, or curiosity.

So I did a lot of reading, scouring medical libraries and the Internet for first-person accounts. Then I took a deep breath and cold-emailed some support groups. There was silence at first, but I tried different people, and followed-up, and eventually someone agreed to read my manuscript. One one person had read it and vetted it, she invited me to a conference where I met more intersex women and men who wanted to read it.

HarperCollins was gracious enough to provide over a dozen ARCs of None of the Above which I sent to members of the intersex support group. Many of them were kind enough to offer advice and edits that I implemented as late as my second-pass pages (just before the book went to printers)!

This is the question. When I wrote None of the Above I was working full time and had one child. Because the hours between when I come home and when I put my daughter to bed were sacred, I squeezed writing after we tucked her in, typically opening my computer at around 8:30 p.m. and then reluctantly going to bed myself shortly before midnight. Luckily my husband has a career in the arts too (he’s a musician) so he understood the urge to create, and didn’t feel snubbed if I wanted to write instead of hanging out with him.

The day after I sold my debut, I had my second child. Six months after that, We Need Diverse Books was born.

Both of these worthy “babies” have taken up a lot of my time in the past year! It’s been harder and harder to eke out the time to write – I’d say that my window has shrunk to a period from 9 p.m. to 11 p.m.. But throughout the day during quiet times, I’m mulling over my plotline, trying to get angles on my slowly developing characters. Bird by bird, as Annie Lamott says.

I actually met my agent, Jessica Regel at Foundry Literary + Media, at a New Jersey SCBWI conference! I was actually in the middle of revising my novel from dual narrative to single point of view, and wanted to test drive the manuscript with some critiques.

The conference also offered a pitch session with agents, so I surveyed the list of participants and was delighted to see Jessica on the list because she represents emily m. danforth, who wrote one of my favorite books, The Miseducation of Cameron Post (Balzer + Bray / HarperCollins, 2012). The book is a thematically perfect analogue to None of the Above with its LGBTQI+ theme, so I thought Jessica and I would be a good fit.

I was lucky enough to have my first critique right before the conference, and I was so happy when the editor I was paired with loved it and wanted to see None of the Above on submission.

Of course, I had to explain to her that I wasn’t done with my revision yet, and that I would have to query, etc. I asked her what agents she would recommend. When she mentioned Jessica, I mentioned that I had a pitch session with her the next day.

“Oh, great,” she said. “Tell her that your manuscript is the one I talked to her about.”

The next day at the pitch session, Jessica asked for the partial manuscript, read it in her subsequent two hour break, and offered representation that afternoon. Afterward, I took some time and actually got two more offers on the partial manuscript, but had to choose Jessica because of her enthusiasm, her representation of a book I adore, and her general professionalism. She sold my book within a month to Alessandra Balzer at Balzer + Bray (who happens to also be The Miseducation of Cameron Post’s editor!) and the rest is history!

The long and the short of it is: I would recommend that you look closely at the acknowledgments section of books that you love, and try to discover who represented them. Go to conferences not because they’re the guarantee of an offer, but because they can give you a sense of who you might click with as a person. And keep trying! You only need one. 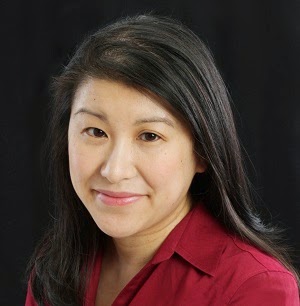 I. W. Gregorio is a practicing surgeon by day, masked avenging YA writer by night. After getting her M.D., she did her residency at Stanford, where she met the intersex patient who inspired her debut novel, None of the Above (Balzer & Bray / HarperCollins).

She is a founding member of We Need Diverse Books™ and serves as its V.P. of Development.

3 thoughts on “New Voice: I.W. Gregorio on None of the Above”