Jill Santopolo is the author of the Alec Flint Mysteries, the Sparkle Spa series and the Follow Your Heart books.

She holds a B.A. in English Literature from Columbia University, an M.F.A. in Writing for Children from the Vermont College of Fine Arts and a certificate in Intellectual Property Law from NYU.

In addition to writing, Jill is an executive editor at Philomel Books, an imprint of Penguin Young Readers Group, a thesis advisor at The New School, and an adjunct professor at McDaniel College, where she helped develop the curriculum for the certificate program in Writing for Children.

Jill has traveled all over the U.S.—and to Canada—to speak about writing and storytelling. She lives in New York City. She was interviewed by Dina von Lowenkraft for the upcoming SCBWI Europolitan conference.

Greetings, Jill! Thank you so much for agreeing to stop by for this interview. I’ve always been intrigued by people, like yourself, who are both authors and industry professionals at the same time. How did you end up doing both?

Really, though, I wrote short stories my whole life and always knew I wanted to be a writer, but I also knew that “writer” was a hard career to pursue right out of college.

So, while I was in school I started interning at publishing companies in New York City. I totally fell in love with the editorial side of things, so decided to put writing aside and concentrate on becoming a children’s book editor.

After I’d been working in publishing for a few years, I started writing a YA novel after work and on the weekends, just to see if I could actually do it. The answer was “sort of”. I did write the novel, but it didn’t sell. It did, however, get me an agent.

And my second novel sold—along with a third I hadn’t written yet.

I was a little uncertain about whether or not I’d be able to write that third novel, and a colleague suggested applying to the Vermont College of Fine Arts for an M.F.A. in Writing for Children & Young Adults. I did, and I got in, and it cemented the idea that I wanted to keep writing novels for kids. But at the same time I discovered how much I truly loved editing books, too, so I kept doing both. (And kept loving both.)

Do you think that being a writer affects the way you edit (and vice versa)?

I don’t think it’s changed anything on grand scale, but now that I’ve experienced the process from both sides, I definitely do small things differently.

For example, as an editor, I give myself editorial letter deadlines and share them with my authors so they know when to expect my feedback. And as a writer, I stick to all my writing deadlines and jump in to help plan launch events and promotions when that makes sense.

I know that at the SCBWI Europolitan Conference in Amsterdam April 4 and April 5, one of your talks is on using theater games to improve your character development. Could you tell me a little bit about that?

I think the same thing applies on a deeper level with acting and writing. I acted quite a bit from middle school through college, and I loved the way getting into character meant finding out more about the character than was written on the page.

I think that sounds like a great tool and I can’t wait to participate in your workshop! I know you’re also going to be talking about how writers can look at their work through a sales or marketing lens. Why do you think that’s important?

I don’t necessarily think that it’s important while someone is first writing a novel, but I do think that it’s helpful to be able to encapsulate your story in one sentence or one paragraph, like you’d have to do if you were submitting to agents and editors and also after a book is published, if you’re going to be doing some marketing yourself.

I also think it’s important as far as expectations are concerned. Looking at similar titles and their sales tracks can give writers an idea of what their sales might look like. And thinking about an audience—along with those comp titles—can help writers figure out how to target their outreach once a book has been published and decide how much marketing and publicity they’d like to take on themselves.

The theme of the SCBWI Europolitan is about growing beyond boundaries, can you talk a little bit about diversity in books? 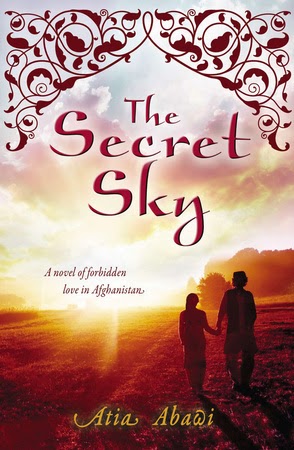 Like pretty much everyone in publishing now, I think that it’s important to publish novels with diverse themes, diverse characters, and diverse life experiences—and it’s something that I pay attention to when I’m working to balance my own piece of Philomel’s list.

Because I edited Atia Abawi’s novel The Secret Sky, which is set in contemporary Afghanistan, I got to go with Atia recently to a panel at NCTE about books set outside of the U.S., which is a piece of diversity that’s not always talked about quite as much.

We’re so excited that you will be one of our faculty members and are looking forward to seeing you in Amsterdam and continuing all these discussions! 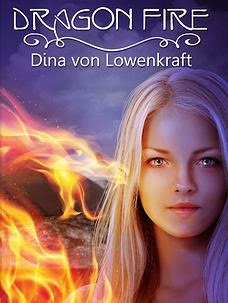 Born in the U.S., Dina von Lowenkraft has lived on four continents, worked as a graphic artist for television and as a consultant in the fashion industry. Somewhere between New York and Paris she picked up an MBA and a black belt. Dina is currently the Regional Advisor for SCBWI Belgium, where she lives with her husband, two children, three horses and a cat.

Her debut YA fantasy, Dragon Fire, was published by Twilight Times in August 2013. She is repped by Kaylee Davis of Dee Mura Literary.