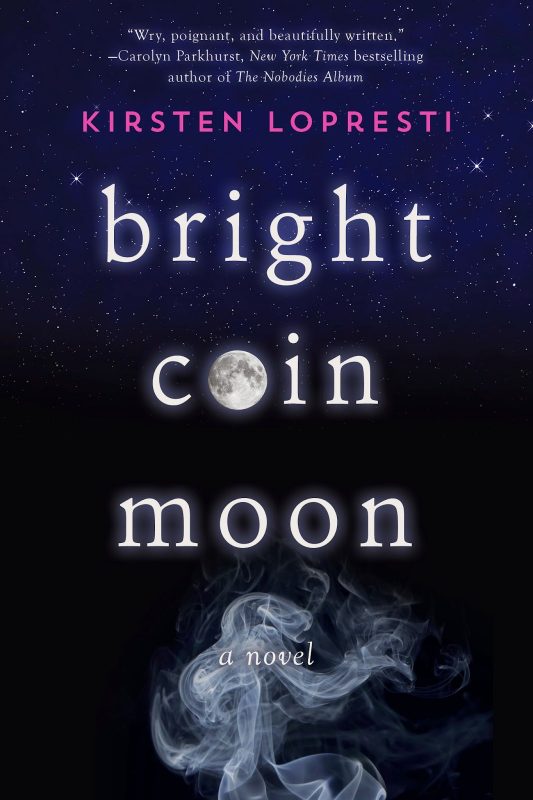 Seventeen-year-old Lindsey Allen is an A-student who has her heart set on becoming an astronomer. But first she must break away from her mother, an eccentric failed beauty queen who has set up a phony psychic reading shop in their Oregon garage.


Lindsey is biding time until she graduates high school, reading tarot cards for the neighbors in her mother’s shop and recording the phases of the moon in her Moon Sign notebook. Her life changes when her mother, Debbie, decides they should move to California to become Hollywood psychics to the stars.

As they pull out of the driveway, Lindsey looks up at the silver morning moon. It’s a bright coin moon, which means only one thing: what you leave behind today will rise up tomorrow.


When mother and daughter arrive in Los Angeles with new identities, they move into a leaky, run-down building and spend their nights stalking restaurants and movie premieres to catch that one celebrity they hope will be their ticket.

When it seems they will never make it in LA, Lindsey is assigned a new mentor through her school. Joan is a lonely, wealthy widow who can’t get past the death of her husband, Saul. Debbie is convinced they’ve hit the jackpot, and plans for a future séance commence.

As Lindsey grows closer to Joan, guilt over the scam consumes her, and she must make the ultimate decision. But can she really betray her mother?

I prefer to write in the morning. If I have to, I can write at almost any time, provided I have enough caffeine, but it’s harder for me to get started and I’m much more likely to get distracted by other things. I think it’s true that you can train yourself to work best at certain times. I’m used to writing in the morning now, but when my daughters were babies, I used to write in the afternoon while they napped, and that worked well, too.

I have a small office in my home where I generally write. I’m always changing it around, so it’s been several colors, the latest of which is a dull, medium blue. I have two large bookshelves inside it, a reclining chair, and an old craftsman style desk that I bought off someone on Craigslist, after he told me it brought him good luck. 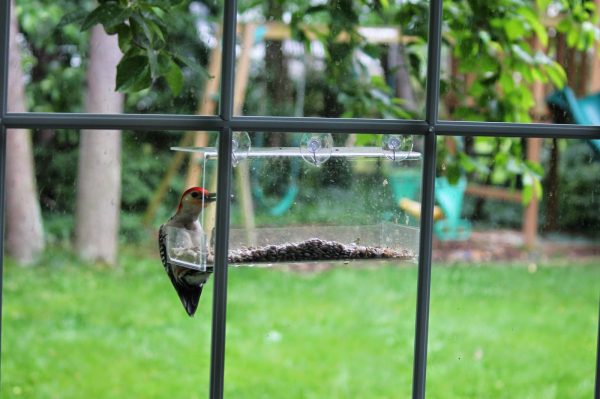 I also have one of those see-through bird feeders on the window. I like to stare at it when I’m stuck or procrastinating and see who shows up. There’s a woodpecker that frequents the feeder, and a bunch of bright yellow finches.

Once in a while, a squirrel will dive bomb it from the roof, and that’s always amusing to see.

Sometimes, if it’s a nice day, I’ll take my laptop outside and sit out on the screened porch. We have a bunch of big, old trees in the back yard, so it’s cool and shaded even in the summer.

We also have a pet rabbit who lives out there. He’ll hop around my feet while I work or jump up on the chair beside me to see what I’m doing. At one point, he hopped into my novel. One of the characters in Bright Coin Moon, a rich widow named Joan, also owns a rabbit.

I’ve been very lucky in that I’ve always had a good amount of support for my writing. My husband was very helpful the entire time I was writing Bright Coin Moon, and my parents always encouraged me to pursue my interests growing up. 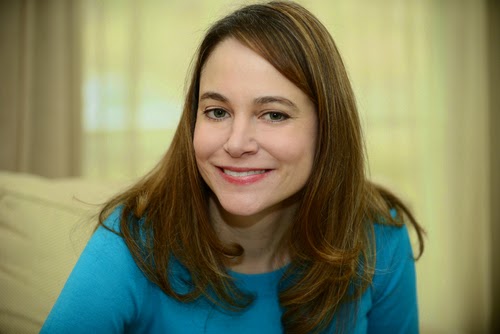 I’ve also been a member of a writing group for several years. The group is made up of some of my fellow graduates of the George Mason University MFA program, and we meet pretty much every month.

We exchange work, and we attend events together, and we celebrate each other’s successes by going out for drinks or dinner. There are four of us who have been with the group since the start, and others who have moved in and out.

In the beginning, we were pretty formal. We made a schedule, and when your date came up, you had to come up with something to turn in, but as time went on, we loosened up. If someone has something to share, that person can certainly bring it in, but if not, the meeting will still go on. We’ll talk about books we’ve read or whatever trouble we’re facing with our manuscripts, or just about writing in general. If there is an event like Fall for the Book, which is a week-long festival put on by our Alma Mater, we will revolve around that for awhile, e-mailing each other and meeting up here and there on campus for various events.

I’ve found that the group is invaluable. Not just for feedback, but also to chat with about writing. Other writers just get you in a way that other people don’t. If you tell a normal, sane person you are down one day because several magazines rejected a story you wrote, the sane person might say, “You know, my cousin might know someone who can get you an office job.”

But another writer will say, “I’m going through that right now, too,” or she’ll tell you to try a new ending or something like that. Of course, I’m lucky that I still live fairly close to the school I attended, so I have this opportunity to stay in touch that I might not have had.

If you are looking for a critique group and are a YA or children’s writer, I highly recommend joining SCBWI. They have local chapters with events where you can meet other writers, and there are always sign-up sheets going around at meetings to help you find a group.