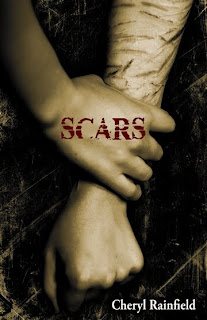 I’ve always had a strong need to break the silence about abuse and oppression, and to speak my truth.

Even my abusers, who repeatedly threatened to kill me if I talked, couldn’t shut down that part of my spirit.

I just found another way to do it while they abused me—not through verbal speech, through “talking,” but through art and writing. There lay healing, release, and freedom. There lay reaching out to other people, trying to find safety—and, I found, helping others know they weren’t alone.

I didn’t think of myself as brave, though so many people told me I was over the years that I developed a resistance to it—but rather as doing something that I had to do to survive.

Scars (WestSide, 2010) is an extension of that. In Scars, I wrote about things I needed to break silence about, and hoped to bring greater compassion about—being a sexual abuse survivor, cutting to cope, and being queer.

Those are all things I’ve experienced and know firsthand—and they’re also all things that I’ve been judged, blamed, or hated for in my life.

When you’re hated for who you are or who you love, for how you cope (when it isn’t hurting anyone else), or for the trauma you experienced (and your responses to the trauma), speaking out becomes a necessity. At least, it was for me.

But writing from your own trauma and pain, exposing your vulnerability, your deepest fears and hopes—baring your soul for multitudes of strangers to see—can be frightening and hard. It takes courage to write it and courage to show it.

Yet I believe that writing that taps into our own experiences and emotional truths can be among the most powerful writing. I think that it can touch others on a deep level, evoke compassion or thought, create change. And that’s something I always want to do. 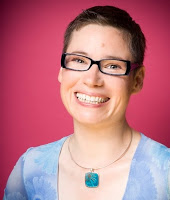 There is so much of me in Kendra, the main character of Scars. So much of my vulnerability and self doubt, my emotional wounds from the abuse, my longing for real love and safety, for an end to abuse.

I know I’ve connected with my readers; it’s incredibly satisfying to receive reader letters telling me that they feel less alone, or understood for the first time in their lives, or like I was writing about them. Those letters are a balm to some of my wounds. Just getting Scars published was.

What can be hard is to read any criticism and not absorb it, not have it be a criticism about me. To not have it trigger me into depression or echoes of my abusers’ words for hours or days at a time.

Criticism, rejection—they are all part of being a writer, and they can hurt so much. It takes courage to keep on writing in the face of that.

I hope to always write as honestly and with such courage. And I hope you do, too. 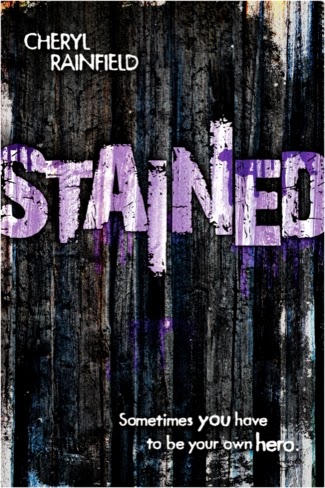 This post was originally published in April 2011. Past posts will be sprinkled into the schedule for the duration of Cyn’s revision deadline.

Seventeen-year-old Sarah Meadows covers the walls of her bedroom with images of beautiful faces she clips from magazines–and longs for “normal.” Born with a port-wine stain covering half her face, all her life she’s been plagued by stares, giggles, and bullying, and disgust. Why can’t she be like Diamond, the comic-book hero she created? Diamond would never let the insults in. That’s harder for Sarah.

But when she’s abducted on the way home from school, Sarah is forced to uncover the courage she never knew she had. Can she look beyond her face to find the beauty and strength she has inside, somehow becoming a hero rather than a victim? It’s the only way Sarah will have any chance of escaping the prison–both seen and unseen–that this deranged killer has placed around her.