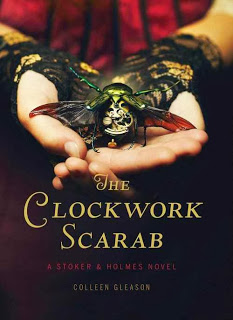 The Clockwork Scarab: A Stoker and Holmes Novel (Chronicle, 2013) is Colleen Gleason‘s debut young adult novel. She has previously published novels for grown-ups.

What inspired you to choose the point of view featured in your novel? What considerations came into play? Did you try the story from a different point of view at some point? If so, what made you change your mind?

When I sat down to write this book, Mina Holmes’s voice popped into my head and I began to write in her proper, Victorian voice, in first person.

But because Evaline Stoker is just as important a lead character as Mina is, I also wanted to write scenes from her point of view.

At first, I wrote her scenes in third person. I thought it would be easier for the reader to differentiate between the two perspectives if I did one first person and the other third person. But my editor felt strongly that I should do them both in first person…which was a little more of a challenge.

Before writing this YA novel, I’d never written in first person (for publication), and definitely not in two very different voices. So not only did I have to create a strong voice for Mina Holmes, but I had to create a second strong voice for Evaline Stoker…while at the same time, keeping their language free of anachronisms and true to the relatively stilted Victorian tone I was attempting to replicate.

That was a great challenge, and I actually ended up making a chart that delineated each girl’s particular voice: structure and vocabulary, as well as any motivations or subtext that would drive from her character. I’ve now finished writing the second book in the series, and while I found it much easier this time around, I still had to go back and clean up some of the chapters to make the voices more distinct. I tend to slip into Mina’s voice more easily than Evaline’s (Mina’s is more stilted and pedantic—very much the flowery yet proper Victorian tone, while Evaline’s is more modern and terse), and when I got into the throes of a scene, I would sometimes “lose” the voice a little. 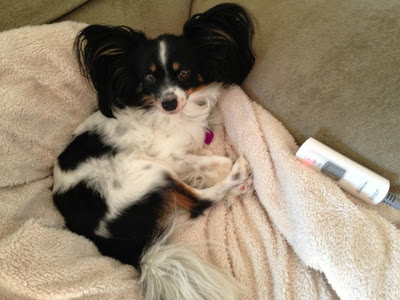 Even though I set my book in an alternate historical world, needed to incorporate quite a bit of historical accuracy and detail for this quasi-Victorian setting in order to make it “real,” so I did a significant amount of research. In particular, I researched things like crime-solving techniques (what’s known as the Bertillon concept to identify perpetrators by measuring parts of their body and comparing it to clues left on-scene) as well as the political and cultural aspects of late Victorian London.

Some of my favorite resources when I do historical research is images. I’m a very visual person, and seeing a picture of London in 1880s really gives me something to build on. Whether it’s a photo, a drawing, or a painting, pictures give me a solid foundation for my world—and also provides details I might not get from other resources. I also like to look at advertisements—which help me as I “invent” the wild and often superfluous steampunk devices in my world—as well as newspapers. 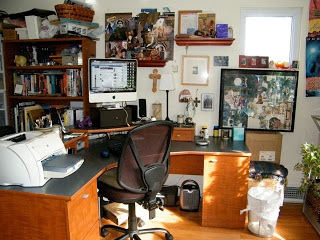 One of the nice things about researching Victorian London, as opposed to, say, Medieval England (the setting for four novels I’ve written), is that I can actually find accurate images (photos, printed objects, etc.).

As far as worldbuilding and incorporating it into my story: I take both a macro and a micro approach.

In other words, I look at the world at a very high level: who’s in charge politically, what does the actual landscape/geography look like, are there any supernatural/unnatural elements or creatures, etc.

And then I look at it on a micro basis: what do my characters do for fun, what’s their slang, what do they wear, what sort of occupations might they have. And then I begin to fill in the middle. Some of the details included in the Stoker and Holmes world are true to history, but many others are little things that I made up as the story developed.

And that’s how I generally work with worldbuilding: most of it happens as I write, once I get the macro picture. Usually whatever the big picture is what drives at least part of the conflict and/or character development. The micro stuff is just plain old fun, and I often research it on the fly!

One thought on “New Voice: Colleen Gleason on The Clockwork Scarab: A Stoker and Holmes Novel”