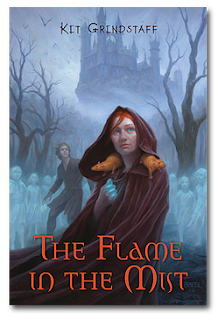 Kit Grindstaff on Book Marketing for Newbie Authors from Literary Rambles. Peek: “people often don’t know that you’re the author of that lovely pile of books. Even with a poster of you/your book cover right there!…write a sign saying something like, ‘Yes! I’m the author!’ More people stop.”

Royalties: A Few Answers from Laura Purdie Salas. Peek: “I think 4,000 is probably about right or even high for my two poetry books so far (both with Clarion/Houghton Mifflin Harcourt), because BookSpeak is in its 5th printing, but I only just passed 10,000 copies sold in June of this year.”

Putting the Cart Before the Horse (Novel & Synopsis) by Ash Krafton from QueryTracker. Peek: “I remember the first time I wrote a synopsis. I thought it would be impossible to pare down my novel into a mere page or two, and I struggled with it. I agonized over it. I hated every minute of it. So I did the professional thing…”

What is an Editorial Letter? by Marissa Burt from Project Mayhem. Peek: “…the level of interaction really stems from the unique relationship between writer and editor, but the general idea is that after you submit your first draft, your editor reads through it and sends you broad editorial notes.”

LGBT Young Adult Books 2003-2013: A Decade of Slow But Steady Change from Malinda Lo. Peek: “That best friend — even if she’s important to the main character — is marginalized in the narrative. I’m looking for books in which LGBT characters are the stars.”

Keeping Diamonds by Andrea Davis Pinkney from CBC Diversity. Peek: “…as people who are often newly out of college, it wasn’t easy to assert themselves when issues of race were discussed in meetings. When well-meaning people made inappropriate race-related comments that nobody else considered offensive. When a question came up at a meeting about whether or not to depict a face of color on a book jacket (as this is sometimes perceived as a detriment to sales), or when a person of color on a cover is shown from behind or only depicted through body parts like feet.” 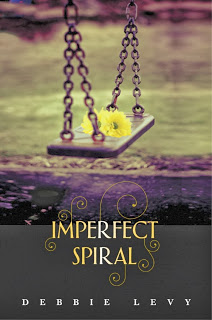 On Starting in the Middle by Debbie Levy
from Adventures in YA Writing. Peek: “For me, what makes an opening not only effective, but also great, is when this plunking-down-in the-middle-of-something also alludes to unsaid events or characters that came before, and those that lie ahead.”

How Is the World of Children’s Picture Books Changing? from Penguin Random House. Peek: “How have globalization, technology, and eBooks impacted the world of children’s illustrated books? We sat down with Rachael Cole, art director for Schwartz & Wade, to find out more.”

Nine Items to Check on Your Book’s Proof by Darcy Pattison from Fiction Notes. Peek: “Update your author biography one last time, if needed, adding in any new and appropriate promo material. At this point, you can even insert a new author photo, if you like.”

The Dreaded Middle: Why You Don’t Have to Dread It by Yahong Chi from Project Mayhem. Peek: “…you have room, space and time.”

Must Manuscripts Be Finished for Agent Conference Critiques? by Deborah Halverson from Dear Editor. Peek: “ou wouldn’t submit an unfinished project in a regular submission, but conference critiques really are for critiquing as well as networking.”

Book List: Children’s Books About Transracial Adoption from Lee & Low. Peek: “Because we don’t live in a color-blind world, transracial adoption (adopting a child of a different race or ethnic group) is a complicated act, and presents unique challenges for both the adoptive family and the adoptee. …books that feature transracial adoption in some way.” 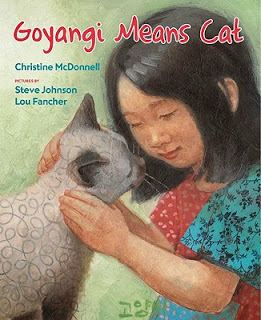 Purrfect Reads by Katie Bircher from The Horn Book. Peek: “Founded in 2005 by pet expert and advocate Colleen Paige, National Cat Day aims to raise awareness of homeless cats as well as appreciate the companionship of feline friends.” Note: bibliography of recommended reads.

Revision Technique: Book Mapping by Caroline Rose Starr from Project Mayhem. Peek: “The most recent mini map (in the last picture above) helped me through a rough portion when many story strands were coming together. I was able to see how things currently stood and where I needed to change things — either moving poems to new places, cutting them entirely, or adding something new.”

How To Get Over Writer’s Block from Nathan Bransford. Peek: “It is not something that will stop you from finishing, nor is it something that you have to give into because it’s inevitable. You can’t treat it like a virus that will pass in time if you just wait it out. You must seek a cure.”

Resolutions: Telling the Truth to Children by S.P. Gates from Elizabeth O. Dulemba. Peek: “Are we, as children’s writers, under an obligation always to present a world with resolutions, where lessons are always learned, where bullies get their deserts, where good always triumphs over evil, even though we know that isn’t true?” 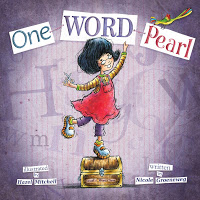 See also Six YA Giveaways & New Releases from Adventures in YA Publishing.

Join Cynthia Leitich Smith at the Illumine Award Nov. 8 at the downtown Hilton in Austin, Texas.

Join Cynthia Leitich Smith at the Kidlitosphere Conference Nov.  9 in Austin, Texas. Check out the program and register today!