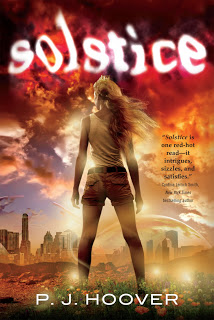 Check out the book trailer for Solstice by P.J. Hoover (Tor, 2013)(excerpt)(extras). From the promotional copy:

Piper’s world is dying. Each day brings hotter temperatures and heat bubbles that threaten to destroy the earth. Amid this global heating crisis, Piper lives under the oppressive rule of her mother, who suffocates her even more than the weather does.

Everything changes on her eighteenth birthday, when her mother is called away on a mysterious errand and Piper seizes her first opportunity for freedom.


Piper discovers a universe she never knew existed—a sphere of gods and monsters—and realizes that her world is not the only one in crisis. While gods battle for control of the Underworld, Piper’s life spirals out of control as she struggles to find the answer to the secret that has been kept from her since birth.

The Heroic Journey Every Writer Has to Face by Martina from Adventures in YA & Children’s Publishing. Peek: “Something stirs inside us, an elusive wisp of an idea scented with adventure. It begins to rise and pull us with it, beckoning us to come along, to put our own spin on the wheel of inspiration.”

Write Your Opening in a Way That Lets Readers Know Their Effort Will Be Rewarded by Charlie Price from Adventures in YA & Children’s Publishing. Peek: “Since a story’s opening is usually the deal-maker or deal-breaker, I didn’t want to start with a lengthy description of setting or character. That kind of opening can foretell an overall pacing too leisurely for most current reading preferences.” 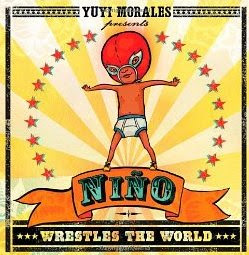 A Peek at Yuyi Morales’ Drawing Table by Jules from Seven Impossible Things Before Breakfast. Peek: “Here is an image of a page in which I kept reworking the text — and also images of some of my early thumbnails. The more I draw, the more I go to very small studies of my characters — tiny sometimes!”

Writing for the Long Haul by Mette Ivie Harrison from Janni Lee Simner at Desert Dispatches. Peek: “I couldn’t control how many faster athletes were there, and therefore I couldn’t control my placement overall. But what I could control was my own race. I could control how well I trained, how well I ate, and how much I rested the week before a race.”

When Every Culture is a Foreign Culture: Writing on the Autism Spectrum by Lyn Miller-Lachmann from Rich in Color. Peek: “With Gringolandia already in production, I questioned my ability to write fiction—which requires so much in terms of portraying emotion and social relationships, conveying the meaning of language and gesture, and forging connections with readers. These are all the things I struggle with in daily life.”

Out There: The Wrong Goal of Self-Publishing by Darcy Pattison from Fiction Notes. Peek: “Out there. I just want it out there. What does that even mean?”

Hunger Mountain: the VCFA Journal of the Arts is accepting submissions of children’s-YA poems, fiction and creative nonfiction as well as related craft essays. 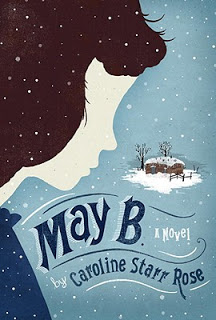 School Visits 101 by Caroline Starr Rose from Project Mayhem. Peek: “Teachers are especially interested in having their students hear from a real, live author that writing is not a one-time event but a slow unfolding that requires multiple drafts, feedback, revision and editing, and lots of hard work.”

Interview with Nancy Garden from ALSC Blog. Peek: “LGBTQ characters in books are more acceptable to readers–and therefore to book buyers–than ever before. But that is not to say that this largely financial consideration is the only motive for wider acceptance!”

Discovering Our Writerly DNA by Robin LaFevers from Writer Unboxed. Peek: “As many writers quickly learn, once we become a writer it can be much more difficult to simply read for pleasure. I am too aware of the craft, too attuned to what makes a book ‘work’, too well-acquainted with my own internal editor, to fully lose myself in a book.”

Why Hasn’t the Number of Multicultural Books Increased in Eighteen Years? from Lee & Low Books. Peek: “Surprisingly, the needle has not moved. Despite census data that shows 37% of the US population consists of people of color, children’s book publishing has not kept pace. We asked academics, authors, librarians, educators, and reviewers if they could put their fingers on the reason why the number of diverse books has not increased.” See also an Interview with Janine MacBeth on multicultural self-publishing from Alison Goldberg, FirstBook.Org’s Commitment to Increase Diversity in Children’s Books from PaperTigers.org, A Very Good Question by Roger Sutton from The Horn Book. Partly via Bookshelves of Doom (and because we read many of the same blogs).

Cynsational Author Tip: don’t do teaser tweets, wherein the reader has to click a link to find out what you’re trying to communicate. Most won’t bother. Some will be annoyed. Instead, go ahead and give the pertinent facts, offering the link for supplemental information. You’ll effectively communicate what you want to say to more followers. 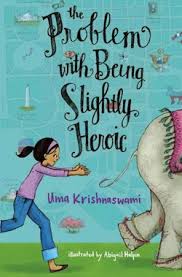 Ten-Power: A Disorganized Novelist’s Approach: A Craft Talk with Uma Krishnaswami from The Writing Barn. Peek: “When I got back to the work after a couple of days away from it, I found I could examine it as if through one of those 10-power lenses that turn flowers into miniature alien universes. I could see the landscape of it as if under magnification, and the characters at work against its field.”

So You Want to Be a Teen Author? Published Teenage Authors Tell It Like It Is. By E. Kristin Anderson from Write All the Words! Peek: “…why listen to me? I mean, I’m 30! Totally old! What do I know? So, I got this crazy Idea that I’d take to the streets (or the intertubes) and find out what real teen authors (and former teen authors) had to say about their experiences.”

Tips on Writing a Synopsis by Stina Lindenblatt from QueryTracker Blog. Peek: “The synopsis is always written in third person, present tense, even if your book is in first person, past tense. The exception is when you reveal backstory necessary to the synopsis. Then you write it in simple past tense.”

Five Things I’ve Learned About Doing School Visits by Kim Norman from SchoolVisitExperts.com. Peek: “Even if the child posing a question has long, curly locks and a pink hair bow, I never assume gender.”

Using a Critique Checklist by Becca Puglisi from The Bookshelf Muse. Peek: “Now, when I’m hearing a piece that’s so good I can’t pick out any problems, I consult my checklist. Many times, I’m able to identify a weak area from among these possibilities…” See also Critique Connection by Mary Kole from Kidlit.com. 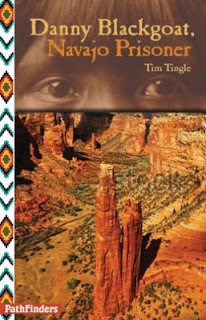 Congratulations to Tim Tingle and his fellow Native authors of books in the PathFinders hi/lo series. From the publisher: “All of the titles have a slightly larger print, quickly developed fictional plots and characters that are Native and very engaging.”

Writing Traumatized Characters by Sarah Fine from YA Highway. Peek: “Traumatic memories get encoded differently than ordinary memories and ‘behave’ differently, too.”

When an Agent Wants a Second Opinion by Deborah Halverson from DearEditor.com. Peek: “Representation is a huge commitment, and a second opinion from colleagues who know their personal tastes as well as the state of the market is as important to them as critique partners are to writers.”

Where Teens Go Instead of Facebook (and Why You Should, Too) by Becky Worley from Yahoo! News. Peek: “Twitter saw a doubling of teen users last year.” Note: Find me @CynLeitichSmith.

2013 Carnegie and Kate Greenway Medals Announced by Katie Bircher from The Horn Book. Peek: “…the U.K.’s Newbery and Caldecott equivalents — were announced yesterday. The awards are presented annually by the Chartered Institute of Library and Information Professionals.” Note: congratulations to Sally Gardner and Levi Pinfold.

Auction of Children’s Book Illustrations to Save the Library: “The backstory: The Neighborhood School (P.S. 363), a diverse public school in N.Y.C.’s East Village, lost funding for its school library thanks to a perfect storm of budget cuts. Lovely children’s book artists, writers and publishers have stepped up to help us save the library and the job of its awesome librarian, Cheryl Wolf.” Source: A Fuse #8 Production.

See also New YA Lit Releases and Three Giveaways from Adventures in YA & Children’s Publishing and Cover Reveal & Giveaway: Side Effects May Vary by Julie Murphy from Mundie Moms. Learn more about North Texas soon-to-debut YA author Julie Murphy!

“Hilary Van Dusen at Candlewick Press has acquired Ann Angel‘s Things I’ll Never Say: Short Stories About Our Secret Selves, a YA anthology about the perils of keeping and breaking secrets. Contributing authors include Varian Johnson, Cynthia Leitich Smith, Chris Lynch, Ellen Wittlinger, and others. The book is scheduled to publish in spring 2015; Tracey Adams at Adams Literary did the deal for world rights.”

Congratulations to my brother-in-law, Keith A. Leitich, on the release of The History of Myanmar, co-authored by William J. Topich (Greenwood). Note: a nonfiction title for grown-ups. 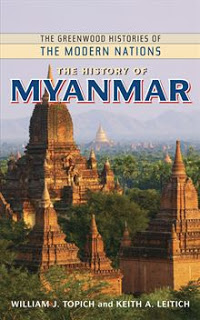