Trailer and Playlist for Robin LaFevers’ follow-up to Grave Mercy, Dark Triumph from Entertainment Weekly. Peek: “‘I knew I wanted to write this bigger, sort of darker, sort of epic, kind of rip-your-heart-out type of book,’ she told EW over the phone. ‘And I couldn’t do that for 11-year-olds.'”

Full Listing of ALA Book Award News Releases by Teri Lesesne from The Goddess of YA Literature. See also 2013 Sydney Taylor Book Awards from The Whole Megilah and Celebrate the Small Steps, Too from Donna Bowman Bratton.

Writer’s First Aid: a Medicine Chest of Hope by Kristi Holl has moved! See Kristi on How to Recover Your Writing Energy — All Day Long.

Six Things Readers Want from Your Author Website by Thomas Umstattd from Author Media. Memo to self: figure out a more effective calendar and put together some exclusive information–stat!

A Twitter View of #NY13SCBWI compiled by Lee Wind from The Official SCBWI Blog. Cyn’s favorite: Kim Harrington ‏@Kim_Harrington I love this. RT @mbrockenbrough “Fail big if you have to, but go down trying.” – Margaret Peterson Haddix #NY13SCBWI

Liz Waniewski: How I Got Into Publishing from CBC Diversity. Peek: “I was able to interview at Dial Books for Young Readers, a division of Penguin Group, the imprint that published Why Mosquitoes Buzz in People’s Ears, a book I loved and was featured on my all-time-favorite show, ‘Reading Rainbow.'”

Drawing the Reader in through Character Emotion by Carolyn Kaufman from QueryTrackerBlog.net. Peek: “We were tired of our characters always shifting their feet to show nervousness and narrowing their eyes when angry. And when we started talking with other writers, it became clear that many of them also struggled in this area.” 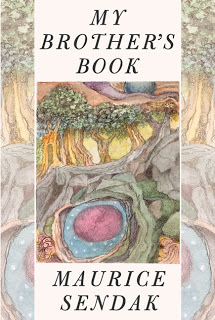 Final Sendak Book a Tribute to His Brother by Hillel Italie from Yahoo News. Peek: “Sendak died last May at age 83 after years of health problems, but had managed to finish My Brother’s Book (HarperCollins), published this week. Admirers of Where the Wild Things Are and other Sendak stories will recognize its themes of danger, flight and fantasy, captured in a dreamy-scary swirl that demonstrates Sendak’s debt to William Blake.”

Thoughts on Newberry: Buzz, Buzz, Buzz by Monica Edinger from educating alice. Peek: “It won the award because the Committee took a very hard look at it alongside many other books and decided it was the best this year. That there was a huge social media fandom behind it had nothing to do with it.” See also ALA Midwinter 2013 and the Amelia Bloomer Project by Lalitha Nataraj from Kidlit Network and the Sydney Taylor Book Award Blog Tour by Heidi Estrin from People of the Books.

Q&A with Greg Neri by Sue LaNeve from Quirk & Quill.  Peek: “[On his toughest decision] To buy back a novel that had already sold to a major publisher because the sale went against my own gut reaction. It was a mistake and the toughest thing I had to do was to break free from that untenable situation (though it took a long time to realize it). There’s no one to blame, it just happens sometimes that things weren’t meant to be even if you really wanted it to work.”

Reading List: Stories for the Chinese New Year; see also: Love Among the Ruins: Romance in YA Fiction by Shara Hardeson from The Horn Book. 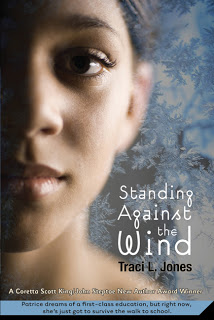 The winners of a signed copy of Execution by Alexander Gordon Smith are Karielle and Kelly in Florida.

To enter to win a copy of Feral Nights; see shakefire.com.

Last week’s highlight was the Montgomery County Book Festival in The Woodlands, Texas.

The Horn Book says of Feral Nights: “Smith’s blend of supernatural suspense, campy humor, and romantic
tension is addictive; allusions to both pop culture (‘Thriller,’ Monty Python) and literature (The Island of Dr. Moreau,
The Most Dangerous Game) add to the fun. Most satisfying of all,
Aimee and especially unassuming, injured Clyde leave their sidekick
roles behind to come into their own.”

Book Review: Feral Nights from Miss Literati. Peek: “…fun and engaging read. We found ourselves constantly chuckling at Clyde and Yoshi’s sarcastic and witty commentary, while simultaneously sitting on the edge of our seats in anticipation. The mysteries surrounding Daemon Island, Ruby’s disappearance and Travis’s death were all so exciting and suspenseful that we didn’t know what to do with ourselves.”

Looking for an early-release signed copy of Feral Nights (Candlewick, 2013)? Try Murder by the Book in Houston!

You can also enter to win Feral Nights at shakefire.com.

Thanks to Tara in Mumbai for letting me know that the Tantalize series is #2 at her local bookstore, Kitab Khana, right behind the Harry Potter series! (Not bad company!)

Quote of the Week: Cynthia Leitch Smith from Ingrid’s Notes.