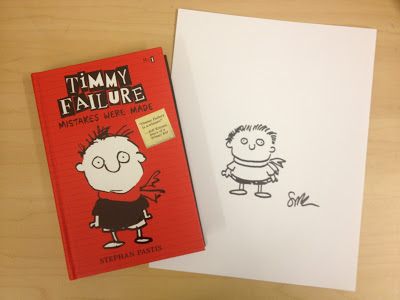 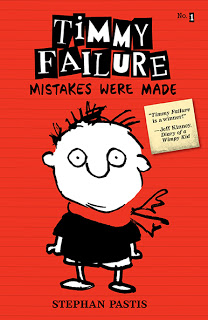 Take eleven-year-old Timmy Failure — the clueless, comically self-confident CEO of the best detective agency in town, perhaps even the nation. Add his impressively lazy business partner, a very large polar bear named Total. Throw in the Failuremobile — Timmy’s mom’s Segway — and what you have is Total Failure, Inc., a global enterprise destined to make Timmy so rich his mother won’t have to stress out about the bills anymore.


Of course, Timmy’s plan does not include the four-foot-tall female whose name shall not be uttered. And it doesn’t include Rollo Tookus, who is so obsessed with getting into “Stanfurd” that he can’t carry out a no-brainer spy mission.


From the offbeat creator of Pearls Before Swine comes an endearingly bumbling hero in a caper whose peerless hilarity is accompanied by a whodunit twist. With perfectly paced visual humor, Stephan Pastis gets you snorting with laughter, then slyly carries the joke a beat further — or sweetens it with an unexpected poignant moment — making this a comics-inspired story (the first in a new series) that truly stands apart from the pack.

Attention Central Texans! Stephan Pastis will launch Timmy Failure: Mistakes Were Made at 7 p.m. Feb. 26 at BookPeople in Austin. Note: there will be cake.

Check out the book trailer for Timmy Failure: Mistakes Were Made by Stephan Pastis (Candlewick, 2013)(sample chapter)(activity kit).

10 thoughts on “Book Trailer & Giveaway: Timmy Failure: Mistakes Were Made”