In 1965, I was living in a two-bedroom basement apartment with my young, newly divorced mother, and two small sisters.

I was seven-years-old; my father had taken work out of the country. I was new to school, and school was new to me.

Every morning I put on the same plaid jumper, the same white blouse, and walked with my older sister to St. John the Baptist Elementary, a quiet school on a quiet small-town street, a place where I first met the Boxcar Children (Albert Whitman) and fell in love with books.

That apartment and the Boxcar Children, and the seven-year-old that read that book were a long, long time ago. I didn’t think about those Boxcar Children much, didn’t even know their names, but then last week I bought a copy, opened up the pages, and met those kids again. And the Aldens—Henry, Jessie, Violet and Benny—were every bit as amazing as I remembered.

They gathered dishes from the dump, made beds and brooms from pine needles, earned money for the family, found food, created their own home to replace the one they’d lost. They had integrity and courage, perseverance and imagination—all the qualities I longed for as a child.

Revisiting that story, I realized the deep impression that book had left on my young spirit, how much those resourceful children had informed the life I tried to live then, and later on the books I hoped to write. 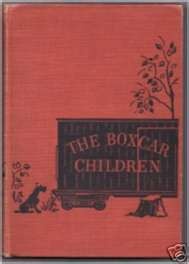 For me, kids-on-their-own is more than a literary invention; it’s the life I lived, and the life countless kids still live now. In more ways than we’re able to imagine, kids get themselves to school, find food, feed their families, care for siblings, face challenges and miraculously find ways to solve problems for themselves.

Of course, I wish that it weren’t so; I always wish a parent or a teacher or a grandparent would step in to save the day, and often times they do, but just as often kids have to wait for help. Or ask. I see it in the schools; I see it on the street.

Kid survivors are everywhere. They’re in every neighborhood and school, they’re rich and poor, and too many of them have to keep their secrets to themselves.

When I write, whether I’m writing books for grown-ups or kids, a part of me is always in conversation with those children, survivor kids, kids who want to find their stories in a book.

My novels don’t begin there—they begin with people I imagine, in places I imagine, but one way or the other, they bear witness to the truth about resilient children’s lives. And more than that, they wish to offer hope.

Which leads me to the Stars—Pride and Nightingale and Baby Star—the three strong- willed young siblings who came alive for me in my new novel Keeping Safe the Stars (Putnam, 2012).

In the Stars, I came to love those three bright, lively kids–kids with all the qualities they needed to survive. They were kind, compassionate, and brave, they’d been raised with self-reliance, and above all they’d been loved. So when I watched them set up their souvenir shop, or sell pony rides and popcorn, or make SpaghettiOs for supper, or tell lies to fend off strangers, or venture to a far-off city to find their ailing grandpa, I had no doubt they could do all of that and more. 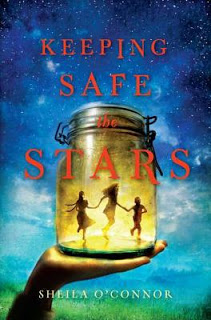 They didn’t have a boxcar like the Aldens, but they had Eden, their own log cabin in the woods where they’d been schooled in the most important lessons: independence, responsibility, integrity and spunk. But what I loved most about the Stars was their great sense of adventure, their childlike belief that they would triumph.

Young, I believed that I would triumph; I think most resilient children do. And I wonder now if I first formed that fierce belief in the pages of the Boxcar Children book?

Was it Gertrude Chandler Warner that gave that gift to me?

And will Keeping Safe the Stars give that strength to someone else? Will another child find their courage in Pride and Nightingale and Baby?

Will resilient children read this story and have faith that they’ll survive?

I hope so—I hope for that and so much more.

Sheila O’Connor is the award-winning author of four novels: Keeping Safe the Stars; Sparrow Road winner of the IRA Award for Fiction; Where No Gods Came, winner of the Michigan Literary Prize and Minnesota Book Award; and Tokens of Grace.

Her work has been featured on numerous “best of” lists including: VOYA, Booklist, Bank Street Books and Chicago Public Libraries and recognized with fellowships and honors.

A professor in the MFA program at Hamline University, she also serves as fiction editor for Water~Stone Review. A long-time member of writers-in-the-schools, Sheila has encouraged thousands of young people to tell their stories. Find her on Facebook.