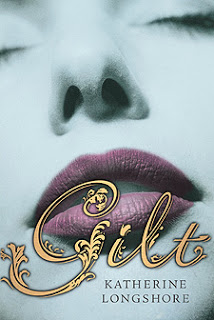 Katherine Longshore is the first-time author of Gilt (Viking, 2012)(author blog). From the promotional copy:

In the Tudor age, ambition, power and charismatic allure are essential and Catherine Howard has plenty of all three. Not to mention her loyal best friend, Kitty Tylney, to help cover her tracks. Kitty, the abandoned youngest daughter of minor aristocracy, owes everything to Cat—where she is, what she is, even who she is.

Friend, flirt, and self-proclaimed Queen of Misrule, Cat reigns supreme in a loyal court of girls under the none-too-watchful eye of the Dowager Duchess of Norfolk.

When Cat worms her way into the heart of Henry VIII and becomes Queen of England, Kitty is thrown into the intoxicating Tudor Court. It’s a world of glittering jewels and elegant costumes, of gossip and deception. As the Queen’s right-hand-woman, Kitty goes from the girl nobody noticed to being caught between two men—the object of her affection and the object of her desire.

But the atmosphere of the court turns from dazzling to deadly, and Kitty is forced to learn the difference between trust and loyalty, love and lust, secrets and treason. And to accept the consequences when some lessons are learned too late. 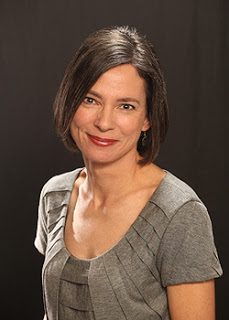 Because I write historical fiction, I have to incorporate situations into my novels that may be considered more “adult” than “young adult”.

Marriage, for example. My narrator, Kitty, is betrothed to a man more than twice her age. And her best friend, Cat, marries a fifty-year-old at the age of seventeen.

But I think those situations can be swept under the rug of historical fiction. In the sixteenth century, it was the norm for teenage girls to marry and have children. In an era when the life expectancy averaged at about thirty, it was even imperative.

There is one situation, however, that occurs early in the novel. The scene itself was astonishingly easy for me to write clearly and passionately. The historical record made it plain that it happened the way I presented it (though I invented my narrator’s ability to witness the event). But I found it emotionally very difficult to write because of the subject.

The first time I took this scene out for critique was at a conference workshop. I had already read my first chapter with the group, and I wanted to see their reaction to this scene. I wanted to know how far I could go with it.

The agent who mediated the group told me, “This is where I would stop reading.” And I knew I had gone too far.

So I revised. And took it to trusted readers. More than once, someone suggested I take it out entirely. And when I queried, in speaking with agents, I realized that this scene was still a cause for concern. But I felt that it was extremely important and indicative of the true nature of the historical character I was trying to represent. So I fought for it. And it’s still there.

I didn’t set out to write “edgy” YA, and I don’t think I have. But I did want the events in the novel feel like a true experience. Not sugarcoated. Not like a fairytale. Real. And unfortunately for most of us, reality incorporates edginess.

I was just at the point of considering a query revision, when I got a request for full. And then another. I asked a good friend for more suggestions, and she suggested Catherine Drayton.

So I looked her up, read that she represents Markus Zusak, and said to myself, “Pffft, she’s not going to want to represent me.” But I queried her anyway. Query Tracker said that she had a quick turnaround time, so at least I knew I’d be sending out another query quite soon.

But she asked for 50 pages. And then I got an offer from someone else. So she read the whole thing overnight, and made an offer as well.

I was very lucky to receive offers of representation from four amazing, professional, intelligent agents. And the choice was extremely difficult. But I felt that Catherine really “got” what I was trying to do with the book. And that’s what tipped the balance in her favor.

For writers for seeking representation, I can only add to the standard advice. Do your research. Find out who represents your favorite authors. Talk to people. Attend conferences, and listen to the agents when they speak. Read blogs carefully. Follow them on twitter.

But at the end of the day, you have to close your eyes and jump. It’s like using Internet dating to find your spouse. And it’s scary.

But the most important thing to remember is that if an agent reads your work, and loves it as much as you do, he will want the best for it. And he will work hard to make that happen.

So the best thing you can do is to write the book you love. And that book will attract the right person. I wish you all the best.