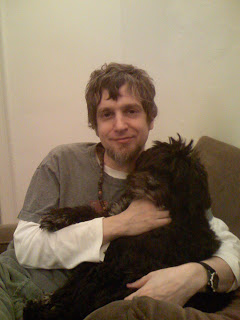 Daniel Ehrenhaft is the author of far too many books for children and young adults. He has often written under the pseudonym Daniel Parker (his middle name, which is easier to spell and pronounce than his last), and occasionally Erin Haft.

He lives in Brooklyn with his wife, Jessica; their son, Nate; their scruffy dog, Gibby; and their psychotic cat, Bootsy.

When he isn’t writing, Mr. Ehrenhaft is the editorial director of Soho Teen, at Soho Press. He is also a member of Tiger Beat, the only all-YA-author band on the planet.

(Other work experience includes a short term of employment at the Columbia University Library. He was fired.)

What inspired you to focus your career on books, especially those published for young/YA readers?

I knew I wanted to work in children’s literature the moment I reread The Westing Game
by Ellen Raskin senior year in college. I’d remembered that it was the
book that inspired me to start writing—and most importantly, reading
voraciously.

With three days left until graduation, I consulted the Columbia University “Job Board” to see if there were any jobs available in children’s publishing. This was pre-internet; the “Job Board” was exactly what it sounds like: a 30-foot length of cork smothered in post-its offering entry level jobs in every conceivable field.

The only job in children’s publishing—production assistant—came care of a packaging company called Daniel Weiss Associates. It promised the following opportunity (I am not making this up): “Write cover copy for Sweet Valley High novels!”

I called and got the job. Daniel Weiss Associates later became 17th Street Productions, and finally Alloy Entertainment. I worked there for the bulk of my career, off and on from 1993 – 2009. And I did write some Sweet Valley High cover copy!

Could you tell us about Soho Press/Soho Teen? It’s history and vibe?

Soho Press was founded in 1986 by Laura Hruska as a small literary Indie Press. Later, it became famous for its exotic crime titles: Soho Crime only publishes mysteries that take place outside of the U.S. When Laura passed away in 2010, her daughter, Bronwen, took over as publisher. 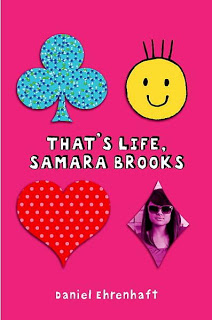 She felt YA was a natural place to expand the Soho brand, and I was looking for an editorial home. The timing was fortuitous. As mystery is my first love—and Bronwen wanted to launch an imprint with a mystery focus, with the same high bar for literary excellence set by Soho Press—we clicked.

Soho Teen launches in January 2013. We’re publishing one book a month, so that each gets the special care and attention it deserves. And while we publish a broad range of YA fiction, every story must have a mystery at its heart.

That said, our titles include sci-fi, the paranormal, a dystopian, some contemporary realistic fiction (some humorous), and a star-studded anthology to benefit the literacy non-profit 826nyc. So there’s plenty of diversity!

How would you describe your editorial focus? Fiction, nonfiction, poetry, realism, fantasy, etc. — level of edginess?

Per above: YA mystery. “Edgy” is a four-letter word! I am fine with sex, drugs, and violence, provided that they serve the story. If they’re not needed, wonderful. If a risqué or graphic or controversial element is essential: wonderful, too. In short, I loathe anything gratuitous or sensational.


What titles should we be on the lookout for?

All of them! Seriously, I am so excited about every single book on our launch list. It’s small, only six titles. For more about all of them, you can go to our website and download our sampler. 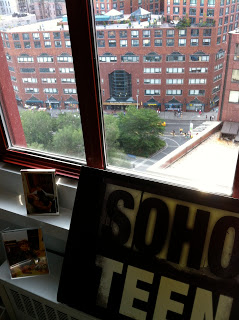 The quality of everything they have published to date. It’s a thrill and challenge to try to live up to the Soho pedigree with Soho Teen.

What outreach strategies do you have or are planned for teachers and librarians?

We’re looking to familiarize teachers, librarians, booksellers, and our publishing industry friends with the story of Soho Teen and what sets it apart from the wider world of YA.

Then we’re going to follow up on the promise of something entirely new with What We Saw at Night by Jacquelyn Mitchard (our launch title) and a list of five other undeniably fantastic books.

Outreach to teachers and librarians is a central focus; we’re already working hard to keep the Soho Teen brand in front of them, getting books in their hands well in advance of pub date through participation in major trade shows (hello if we saw you at ALA or BEA!), advertising and ARC offers in major school and public library publications, and direct outreach.

Closer to January, we’ll schedule author events in schools and libraries. We’re well aware that teachers and librarians are the number one advocates, proponents, and tastemakers in the YA world—and they need to have access to our new authors and titles before anyone else.


What is your big-picture marketing plan? 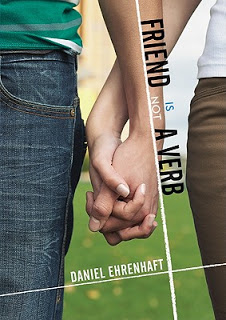 How do you connect with your authors? Do you accept unagented submissions?

So far, I’ve only signed authors I know and have worked with previously, or who were recommended by a trusted agent.

Are you open to speaking/critiquing at writer’s conferences? 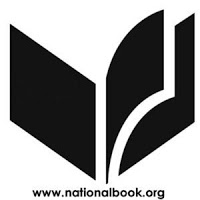 I can’t say! Literally. I’m a 2012 National Book Award judge in the Juvenile category, so I can’t say until November 14.

What do you do when you’re not editing?

Read. And play guitar. (Occasionally with Tiger Beat.) And hang out with the wife and kid.