2013 Children’s Writer in Residence from Thurber House. Now accepting applications; deadline Nov. 2. Peek: “…a month-long retreat in the furnished third-floor apartment of Thurber House in Columbus, Ohio. Besides having time to focus on his/her own writing project, each resident spends up to ten hours per week teaching children the joys of writing in both a community-based agency and as part of the Thurber House Summer Writing Camp for children.” See resident CWR author Donna Gephart‘s report on her experience.

Writing About Racism in the Past from Justine Labalestier. Peek: “The fact that those attitudes were historically accurate for the period
she’s writing about is irrelevant. You can show racism without condoning
it.” See also Good Company for Thinking about Race in Novels from Ashley Hope Perez.

How to Impress the People You Interview (And Be Professional) by Christina Katz from Jane Friedman. Peek: “If you can be thoughtful and prepared enough for the interview that the source thanks you afterward for stealing away their time, then you have done a good job.” Note: applies as much to career informational interviews and book research ones.

Diagnosis: Storyteller by Jan O’Hara from Writer Unboxed. Peek: “Much of what they do—the interview, the exam, the tests—is about selecting the most plausible storyline for your illness.”

Writers Born, Not Made by Sarah Enni from YA Highway. Peek: “Writers write because when they don’t, they feel badly. Writing is something that has a positive impact on their lives and they crave it.”

Establishing Ramifications by Mary Kole
from Kidlit.com. Peek: “The ramifications of getting chosen at the
reaping are very clear: you will go to the Hunger Games, and you will
probably die.”

Character Trait: Creative by Becca Puglisi from The Bookshelf Muse. Peek: “…innate giftedness, coming from a creative family or environment, a desire for power or recognition, an unavoidable need to share what’s inside with others, finding a void and wanting to fill it, seeing and appreciating beauty in untraditional forms.”

Forensics Q&A: Fingerprinting by Kristy Lahoda from QueryTracker.net. Peek: “Our fingertips have skin called friction ridges that secrete sweat through pores. The composition of this sweat actually forms the latent print as well as any variety of materials that are on the friction
ridges.”

The Book’s The Thing: A Conversation with Elizabeth Law, Vice President and Publisher of Egmont USA from Writer Unboxed. Peek: “The followers who are really engaged with you, who’ve been enjoying your blog and adding it to their own blogrolls or agreeing with your goodreads recommendation or laughing at all your tweets, those are the ones who buy your book. In the business, we say those are the ones who ‘convert.'”

“Brother. Prince. Snake.” a new original short story by YA author and fiction editor Cecil Castellucci, illustrated by Sam Burley from Tor.com. Peek: “A retelling of the Prince Lindwurm fairy tale, Brother Prince Snake is a story of love, sibling rivalry, and how a monster became King.”

SLJ Talks to S.E. Hinton on The Outsiders Turning 45 by Rocco Staino from School Library Journal. Peek: “…about the 45th anniversary of her most popular novel, experience with
writer’s block, and her most recent fascination with Twitter.” Source: April Henry.

The Highlights Foundation Whole Novel Workshop in October is dedicated to writing the young-adult novel. The faculty includes award-winning writers Rita Williams-Garcia, Coe Booth, and Varian Johnson, as well as Sara Crowe,
a top agent in young-adult fiction. From the promotional copy: “This is the place to work seriously
on your manuscript and get it in shape for submission. No matter what
the genre or style of your novel, if you are writing for young adults,
you won’t want to miss this engaging week in the woods.” For more
information about the Whole Novel Workshop, contact Jo Lloyd by phone at
570-253-1192, or e-mail Jo at jo.lloyd@highlightsfoundation.org, or visit www.highlightsfoundation.org to request an application.

Refer to Parents By Name in Third Person Point of View? from DearEditor.com. Peek: “Unless a statement is exactly what you want, don’t risk having your readers chew over a relationship issue that doesn’t exist.”

Seven Ways to Sell More Books with Pinterest by Beth Hayden from Book Baby. Peek: “Use Pinterest to tell your story as an author. Tell your followers and
readers who you are, where you came from, and how you came to be a
writer. Give them a glimpse into your world, allow them to get to know
you and let them discover what’s important to you.” Source: Samantha Clark. 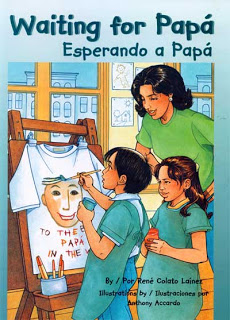 My Life in the United States by René Colato Laínez from PaperTigers.org. (Part 2). Peek: “The ideas to write many of my books are born in the classroom. One day, a first grader told me, “I want to write a letter to my mamá. She is in Guatemala and I miss her so much.” That night I wrote a story named Waiting for Papá/Esperando a Papá and it became my first published book.” Read part one.

How to Break Up with Your Agent by Kristina Springer from Author2Author. Peek: “…check your agent-author agreement and see what it says as far as
terminating the relationship. There may be a clause in there that says
you have to give 30-day notice.”

Are You a Real Writer? by Carolyn Kaufman
from QueryTracker.netBlog. Peek: “A writer is someone who shows up
every day and writes. Writing is incorporated into the writer’s daily
life.”

The SingTel Asian Picture Book Award offers a total of $10,000 for the First Prize — consisting of $5,000 for an author and $5,000 for an illustrator.
Beginning in 2013, the award will be presented annually at the Asian Festival of Children’s Content (in Singapore) to an outstanding unpublished picture book with a distinctly Asian theme. Closing date for applications is Dec. 31.

Entries will be accepted from writers and/or illustrators of any nationality and from any country who are age 18 and up. 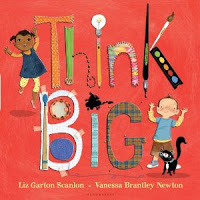 The three winners of their choice of novels in the Tantalize series were Gaby in Georgia, Susan in Virginia, and Daria in Germany.

The winner of a set of seven author-signed books by U.S. Children’s Poet Laureate J. Patrick Lewis was Lisa in California.

The final winner of Laugh with the Moon by Shana Burg was Pat in California.

Are you enough? In this video tribute to Denise Jaden‘s Never Enough (Simon Pulse, 2012), various YA authors talk about their own teen insecurities.

Fellow Candlewick author Annette Simon (she’s an illustrator, too) returns to Austin for an event in celebration of Robot Zombie Frankenstein! at 11:30 this Saturday at BookPeople, and then YA rock-star Beth Revis joins Austin authors P.J. Hoover and K.A. Holt at 4 p.m. at the store that same day.

Congratulations to fellow Austinite Shelli Cornelison on the publication of her short story, “The Hard Shells of Turtles” on the online YA magazine, Verbal Pyrotechnics!