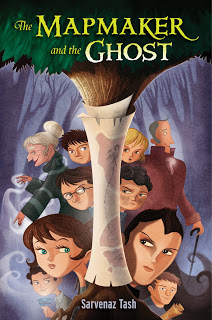 Sarvenaz Tash is the first-time author of The Mapmaker and the Ghost (Walker, April 2012). From the promotional copy:

Goldenrod Moram loves nothing better than a good quest. Intrepid, curious, and full of a well-honed sense of adventure, she decides to start her own exploring team fashioned after her idols, the explorers Lewis and Clark, and to map the forest right behind her home.

This task is complicated, however, by a series of unique events—a chance encounter with a mysterious old lady has her searching for a legendary blue rose.

Another encounter lands her in the middle of a ragtag gang of brilliant troublemakers.

And when she stumbles upon none other than the ghost of Meriwether Lewis himself, Goldenrod knows this will be anything but an ordinary summer . . . or an ordinary quest.

I read a lot as a child. I was extremely shy; embarrassed by my weird name; embarrassed by the feta cheese sandwiches my mom gave me for my paper bag lunches (which were delicious, obviously, but what eight-year-old is eating feta sandwiches in the elementary school cafeteria?); like most kids, wanting desperately to fit in but also knowing that I probably never would. 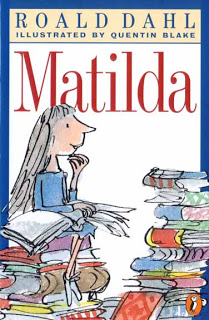 I turned to books. When I was reading, it didn’t matter what I looked like or that I felt too paralyzed by shyness to speak. I was going on a journey; I was meeting some of the most interesting, funniest, bravest people I’d ever met. Matilda and Harriet, Ramona and Beezus, Turtle Wexler, Meg Murry and Mary Ann Spier.

The result is that my head was in a book about 70% of my waking life and I knew I wanted to be a writer by the time I was seven. The other result is that my social skills took a lot longer to cultivate than most kids but, still, I wouldn’t change it for the world.

The way books had a profound effect on me as a kid heavily influenced my decision to write children’s books. I’ve loved many, many books I’ve read as an adult, but I think very few things I’ve come across as an older reader has stuck with me the way those Roald Dahl and Beverly Cleary and Ellen Raskin books did. Their characters were my first friends and the adventures they had along the way, somehow, became a part of my experience too.

The Mapmaker and the Ghost took a few years from conception to final draft, and a lot of plot points and characters changed in that time. But the core reason I was writing it did not: I wanted to write a book that I would have loved as a child. I wanted to think that someone like Roald Dahl would read this book and laugh. I wanted to create characters that would take readers on an adventure that would become a part of them, too. 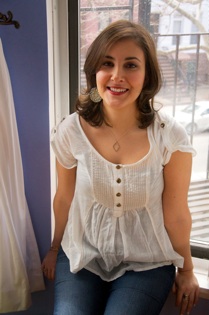 The Mapmaker and the Ghost is not a straight-out fantasy. In some ways, it’s a contemporary story dotted with fantastical elements. I think magical realism is probably the best genre it would fit into.

I always knew that I’d want the book to straddle the line between reality and a fairy tale-like essence. It started out having no concrete fantastical elements though, just the suggestions of them. In my head, I wanted it to seem like it could be a real adventure, but with the possibility of magical things lurking just beneath the surface.

Which means that, up until one of the latest drafts, there was no ghost in The Mapmaker and the Ghost at all!

Eventually, though, I realized that the story was really lacking in something and once the ghost’s character popped into my head, I knew that he was it. It meant I had to change my initial idea of the lurking fantasy and bring at least parts of it to the surface.

But the result is that the story is better, richer and funnier. And I do think that my initial concept still resonates. Perhaps just a little less subtly (in other words, it might come across to someone other than me!)

Sarvenaz Tash was born in Tehran, Iran and grew up on Long Island, N.Y. She received her BFA in Film and Television from New York University’s Tisch School of the Arts. This means she got to spend most of college running around and making movies (it was a lot of fun). She has dabbled in all sorts of writing including screenwriting, copywriting, and professional tweeting. Sarvenaz currently lives in Brooklyn, N.Y. where all the streets are laid out in a delightfully simple grid system.

3 thoughts on “New Voice: Sarvenaz Tash on The Mapmaker and the Ghost”