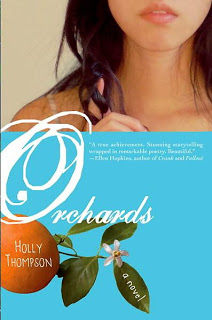 Japanese Picture Books as a Window to Japan, English-language Asia-set Children’s and Young Adult Fiction, and Children’s and YA Books in Translation from Japan, all by Holly Thompson from PaperTiger’s Global Voices. Peek: “The reasons for so few Japanese books being sold to English-language publishers are layered and complicated ranging from cultural differences and weak English copy or sample translations used for marketing books to foreign publishers, to stagnant picture book markets in
English-speaking countries and a lack of interest from markets that are focused intently on books set in their own countries.”

Picture Book Tips from Abrams Books for Young Readers at Adventures in YA & Children’s Publishing. Peek: “This breakout session focused on what Brazis finds important in any
manuscript coming across her desk- memorable characters with strong voice, a genuine relationship between characters, and an obvious character arc.”

Do Non-interactive Books Do a Better Job of Encouraging Literacy than Interactive Books? by Sheila Ruth from Wands and Worlds. Peek: ” The study found that when parents and children read together, children
recall significantly more details when reading print books or regular, non-enhanced ebooks than they do when reading interactive ebooks.”

CBC Diversity Committee: Starting Conversations and Building a Following
by John A. Sellers from Publishers Weekly. Peek: “Mercado stresses that
the members of the diversity committee are open to suggestions from all
corners, and that this is just the beginning. ‘None of us are experts
in this area, but we all see a need for something like this. It can only
happen from everybody getting involved,’ she says.”

Of Plot Promises and Michael Jackson by Peggy Eddleman of Crowe’s Nest. Peek: “My teacher made our class a deal. If we met certain goals–really, really hard goals the whole class would have to work for— THE Michael Jackson would come to our class.”

Writing Credentials by Gina Damico from Adventures in YA and Children’s Publishing. Peek: “Credentials aren’t necessary. Can they help? Absolutely. But can you also get published without them? Absolutely.”

Cynsational Blogger Tip: White space is your friend. Look at your posts. Are they all gray? All text without any breathing room? (And, eep, no images?) Consider a space between paragraphs. It’ll make your blog so much more readable.

Jane Friedman: Authors on Facebook by Sarah W. Bartlett from sarahscapes: the nature of writing life. Peek: “I can’t imagine using Facebook as a replacement for a meaningful blog. I don’t mean to say everyone should blog, but a Facebook status update doesn’t have much in common with a great blog.”

Writers Block: Take a Break by Chris Eboch from Write Like a Pro. Peek: “Try these suggestions, and experiment to find new tricks that work for you.”

Talking “Dark” YA Lit with Terry Trueman
from Blogging Censorship: The National Coalition Against Censorship.
Peek: “Isn’t it best to help our children deal with new, possibly
frightening and difficult subjects through the intelligent and caring
platform of literature rather than to just leave difficult and painful
parts of life to happenestances and the scribblings on public restroom
walls?” Source: Bookshelves of Doom.

How to Respond to Negative Reviews from Beth Revis. Peek: “My own husband hates chocolate. I didn’t find this out until after we were married.”

Gratitude and Goodbyes by Mary Quattlebaum from Write at Your Own Risk. Peek: “Before the advent of electronic submissions, I used to package a
manuscript and walk it to the post office and then reward myself with a quiet hour or two.” 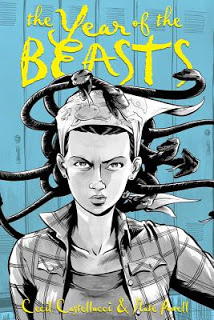 Enter to win one of two author-signed copies of The Year of the Beasts by Cecil Castellucci (Roaring Brook, 2012). To enter, comment on this post (click previous link and scroll) and include an email address (formatted like: cynthia at cynthialeitichsmith dot com) or a link to an email address. Or you can email Cynthia directly with “The Year of the Beasts” in the subject line. Publisher sponsored. Eligibility: U.S./Canada. Deadline: midnight June 11. See also Cecil Castellucci on Medusa, a Childhood Friend.

Middle Grade Memories: Greg Leitich Smith ( + Giveaway) from Claire Legrand. Peek: “In any event, The Enormous Egg (Little, Brown) is one of the few books that show (and showed) dinosaurs and humans interacting in a somewhat realistic fashion and is a classic of the ‘bring-the-dinosaurs-to-us’ genre, well worth a read today.” Note: giveaway features The Enormous Egg and a signed copy of Greg’s new release, Chronal Engine (Clarion/HMH, 2012).

The manuscript formerly known as “Smolder” has a new title (and the series has a new title, too). I’ve seen the cover (as well as some interior page design work), and it’s too early to share, but I’m hopeful you’ll find it intriguing.

In non-writing news, I saw “Men in Black III” at the Alamo Drafthouse last weekend and highly recommend it–if only for Josh Brolin‘s depiction of Tommy Lee Jones as K. Wow.

Attention: Dallas YA & Graphic Novel fans! Look for Ming Doyle, the illustrator of Tantalize: Kieren’s Story and the forthcoming Eternal: Zachary’s Story (both Candlewick) at A-Kon, this weekend at the Sheraton Dallas! See more information.

Congratulations to Greg Leitich Smith, whose Chronal Engine (Clarion, 2012) was named a Top Pick for High Interest Middle Graders by the editors at Junior Library Guild at School Library Journal!