Mary G. Thompson is the first-time author of Wuftoom (Clarion, 2012)(blog). From the promotional copy:

But Evan knows he is not sick; he is transforming. Evan’s metamorphosis has him confined to his bed, constantly terrified, and completely alone. Alone, except for his visits from the Wuftoom, a wormlike creature that tells him he is becoming one of them.

Clinging to his humanity and desperate to help his overworked single mother, Evan makes a bargain with the Vitflies, the sworn enemies of the Wuftoom. But when the bargain becomes blackmail and the Vitflies prepare for war, whom can Evan trust? Is saving his humanity worth destroying an entire species and the only family he has left?

It’s kind of a funny story, bordering on totally and completely inappropriate. At the time, I was staying with my mom for a while in Eugene, Oregon; before heading to New York to start in The New School Writing for Children program.

We had decided to go down to Ashland for a couple days to see some plays at the Oregon Shakespeare Festival. So this morning we were having breakfast around 10 a.m. when my agent called. I took the call outside, and acting totally calm, I came back in and told my mom that I had an offer.

Then, in what was truly an extreme expression of emotion for probably the two most reserved, WASPiest people in America, we clasped hands and bounced up and down in our seats over our eggs.

Needless to say, my spirits continued to rise un-WASPily high. I had to call or text everyone I knew and tell them the good news.

Now, this is where the inappropriate part comes in. Just a couple hours after that breakfast, we had tickets to go see “Ruined.’ This is a Pulitzer Prize-winning play by Lynn Nottage about rape in Africa. It’s a very serious, dramatic, emotional play highlighting the plight of women whose bodies and lives have been completely destroyed, and there wasn’t a dry eye in the house. 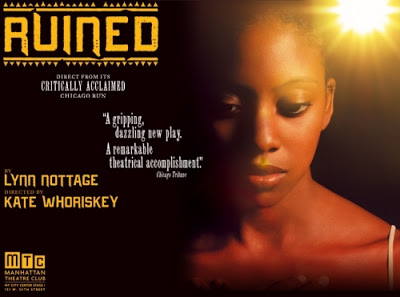 Except mine. I was smiling like a fool. I’m not sure if the old ladies sitting next to us noticed, but my mom did feel the need to explain my inexplicable reaction by telling these random strangers that I’d just had some good news.

So in conclusion, there are a theater’s worth of people somewhere in Oregon who probably think I’m a psychopath. But that’s okay. I’m happy I was able to share that really cool moment with my mom.

The book is dedicated to her, and not least because she’s let me stay with her more than once since I’ve become a supposedly self-supporting, responsible adult. And she’s always there to explain my weird behavior if I need it. “No, my daughter is not a psychopath!” Thanks, Mom! 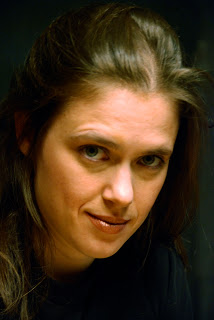 First, a word on genre. I don’t know whether most people would consider Wuftoom to be fantasy, horror, or science fiction.

It’s science fiction in the sense that there’s nothing in it that’s supposed to be “magic,” and it’s fantasy in that it’s probably unlikely to really happen (now don’t you feel better?).

But it’s about a kid who’s turning into a monster. Nobody wants that. In fact, it sounds pretty horrible. So for now, I think “horror” is a pretty good fit.

I like to joke that this book is about monsters vs. middle school.

How many of us, if they could have, would have chosen to go live underground with the monsters? Monsters may not be so horrible compared to bullies, social ostracism, and assorted other tween nightmares. That’s certainly the feeling I began this book with. Evan is a kid who was unpopular and unhappy when he was healthy, and at the beginning of the book, he’s got some crazy disease that’s turning him into a disgusting monster. There’s really nowhere to go for him but up.

The themes of the book definitely evolved through the drafts. I originally had much more of a straight horror theme in mind, with Evan getting something he wanted—the ability to travel into the bodies of other kids, which the Vitflys offer him—but at a terrible price.

While I was writing, though, I realized that it would be much more interesting for Evan to really grapple with his humanity and for the world of the Wuftoom to be more nuanced. Evan had to face real, difficult choices in a world where good and evil weren’t black and white.

So the book began to be about Evan learning how to deal with the hand he’s been dealt, and how to make it through his transformation a stronger and happier person, regardless of whether he’s human or Wuftoom. He has to protect his mother, even though he’s not supposed to care about her any more, and at the same time, he has to protect and be accepted by the Wuftoom, who are his new family. But he also has the choice of siding with the Vitflys and getting revenge. And there are times when none of his choices seem like the right one, yet he has to make those choices.

Ultimately, it’s his choice whether he’s doomed as he would have certainly been in my original concept, or whether he’ll pull through a stronger person and, ultimately, be happy.

Does any of this parallel real world problems? Well, we’re all pulled in different directions by competing forces. There are always people who want us to change, or who want us to identify with a group and be loyal. Sometimes these people have our best interests at heart, and sometimes they don’t. All we can do is protect those we love and learn to decide who our true friends are.

Most of us get to stay physically human, but some of us, if we’re not careful, will let negative forces guide our lives. Is a monster defined by what it looks like or by how it acts? What does remorse count for? How can we best live with ourselves, and how can we find our place in the world?

These are universal themes that ended up in the final draft. Of course, there’s also the not-so-real-world theme of having fun with some gross monsters. I hope readers won’t let all these deep thoughts distract them from the “eeewww!” and “ick!”

One thought on “New Voice: Mary G. Thompson on Wuftoom”