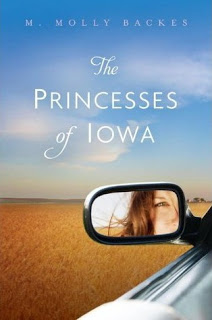 Read the first two chapters of The Princess of Iowa by M. Molly Backes (Candlewick, 2012) online for free.

Tips and Tools for the Agent Hunt from Donna Bowman Bratton. Includes information on researching agents, where to find them, and how to field “the call.”

Character Connection by Stina Lindenblatt from QueryTracker.netBlog. Peek: “One of the most common reasons for rejecting a manuscript is when the agent or editor can’t connect with the main character.”

TOC Bologna: Digital Kids’ Publishers Try to Chart the Growth Ahead by John A. Sellers from Publishers Weekly. Peek: “The questions were many, and the answers…perhaps fewer. Integrity of e-products, especially those intended for children, was a recurring theme…as was the array of digital options available to publishers, each with their advantages and disadvantages in terms of development costs, pricing, competition, and more.” Source: Joy Preble.

Independent Booksellers Nimbly Stay Afloat by Cynthia Morris from Writer Unboxed. Peek: “Not even the most savvy webinar can compete with the buzz of a live
event. There’s nothing like rubbing elbows with other bibliophiles.”

How to Submit a Package Wherein Illustrations are Kit-and-Caboodle with the Text by Deborah Halverson from DearEditor.com. Peek: “… in your case, the project is all-or-nothing, so here’s how to do it right.”

Manuscript Blindness by Brian Yansky from Brian’s Blog: Diary of a Writer. Peek: “How can you cut them or even radically change them? They’re yours. It would be betrayal.” 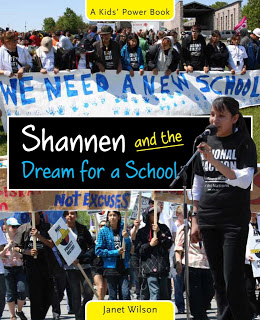 First Nation Communities Read 2012-2013 Nominees Announced from Helen Kubiw at CanLit for Little Canadians. Peek: “Initiated in 2003, the First Nation Communities Read program has as its mandate the promotion of family literacy, intergenerational storytelling, and intergenerational information sharing, of texts with First Nation, Métis, or Inuit content, and involving the participation (writing, illustration, etc.) of a First Nation, Métis, or Inuit creator.”

How to Make a Series Bible by Michelle Schusterman from YA Highway. Peek: “…a document (or several documents) containing everything from character descriptions and class schedules to timelines and setting details. It takes some time to put together, but it’s worth it when you don’t have to go flipping through pages trying to remember whether the best friend lives on Walton or Walden Street.”

It’s Okay to Leave Stuff Out. In Fact, It’s Better. from Jane Friedman. Peek: “I was too young to know it at the time, but the stuff I was writing was really prep work…” See also Jane on Distinguishing Between Straight-up Advice and Paradigm Shift.

Dare to Suck by Keith Cronin from Writer Unboxed. Peek: “I’m going to show you an approach that just might help you overcome those mosquito-biting, brick-walling, quick-sandy (hey, it might be a word) speed bumps from hell.”

What Can Stop Your Career from Ever Starting by Emily Latham from Jane Friedman. Peek: “We are constantly searching to define the unknown. Not many people are complacent with not knowing.”

Thoughts on Books, Bullying and Standing Up by Ann Angel from The Pirate Tree. Peek: “The students and I discussed how frightening it is to be bullied and how it makes them feel. They had a lot to say on the subject of bullying and being kept down and wrote so many comments I couldn’t post them all in one column so I’m posting more today.”

How Much Should We Take Readers Into Account When We Write? by Elizabeth S. Craig from Writing Mystery is Murder. Peek: “You’ve got to know your target demographic. You need to know what your readers like.”

Macmillan Prize Incorporates Digital by Charlotte Williams from The Bookseller. Peek: “The Macmillan Prize (U.K.), which rewards illustration, has introduced a digital category for the first time…The prize now has two separate categories, one for a physical picture book, and one rewarding a storyboard for an enhanced e-book.” Source: Achocka Blog.

Eight Ways to Get More Out of Your Facebook Fan Page Today by Raag Vamdatt from ProBlogger. Peek: “The new fan pages don’t allow you to use many of the tactics that you might be used to. However, these changes do open up many new possibilities as well.”

Support the Distribution of “Fat Kid Rules the World,” a Narrative Film Project in Los Angeles at Kickstarter. “Mainstream Hollywood doesn’t know how to make money on a movie like this, they don’t believe that there is an audience, and we mean to prove them wrong.” Notes: (a) based on the Printz honor book of the same name by K.L. Going, (b) video contains strong language.

Last call! Enter for a chance to win a picture book critique or first-chapter critique for a middle grade novel (ages 8 to 12) by Joanne Rocklin, emphasizing “sparkly details.”

To enter, comment on this post (click previous link and scroll) and include an email address (formatted like: cynthia at cynthialeitichsmith dot com) or a link to an email address. Or you can email Cynthia directly with “Joanne Rocklin critique” in the subject line. Author sponsored. Eligibility: U.S./Canada. Deadline: 11:59 CST May 14. Note: please indicate if you’re entering for a critique/book or both.

And enter to win one of three copies of The Fives Lives of Our Cat Zook by Joanne Rocklin (Abrams, 2012).

To enter, comment on this post (click previous link and scroll) and include an email address (formatted like: cynthia at cynthialeitichsmith dot com) or a link to an email address. Or you can email Cynthia directly with “The Five Lives of Our Cat Zook” in the subject line. Author sponsored. Eligibility: U.S./Canada. Deadline: 11:59 CST May 14. Note: please indicate if you’re entering for a critique/book or both. 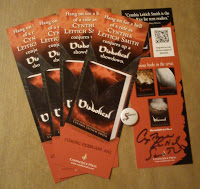 Last call! Librarians, enter to win one of three sets of five signed Diabolical bookmarks and a Tantalize series button! Please indicate your affiliation (the specific school(s), public library/system) in your entry.

To enter, comment on this post (click previous link and scroll) and include an email address
(formatted like: cynthia at cynthialeitichsmith dot com) or a link to an email address. Or email Cynthia directly with “Diabolical” in the subject line. (If you’re on LiveJournal, I’m also taking entries via comment at the Cynsations LJ.)
Author-sponsored. Eligibility: international. Deadline: midnight CST May 14. 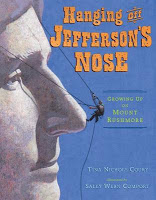 New Editor Critique Giveaway! Enter for a chance to win one of five first-page critiques from
Penguin editor Steve Meltzer. Picture books through YA. Fiction or
nonfiction. Eligibility: international.

Steve Meltzer has been in publishing industry for over 25 years and has
served in a variety of positions and has been on many committees. He is the editor of many books for young readers, including John Madden’s Heroes of Football: The Story of America’s Game; the Sydney Taylor award-winning, Hanukkah at Valley Forge by Stephen Krensky, illustrated by Greg Harlin; the Every Cowgirl series by Rebecca Janni, illustrated by Lynne Avril;  The Worst of Friends by Suzanne Tripp Jurmain, illustrated by Larry Day (an SLJ Best Book of the Year); Useful Fools by C.A. Schmidt (a Booklist Best Book of the Year) and The Boy with Pink Hair by Perez Hilton, illustrated by Jen Hill. His series include Encyclopedia Brown by Donald J. Sobol and the Dutton Winnie-the-Pooh books. Steve also is an adjunct instructor at New York University.

The winner of The Veil by Cory Putnam Oakes Prize Package was Mera in Maryland.

Congratulations to P.J. Hoover on her two-book deal with Tor and to E. Kristin Anderson and Miranda Kenneally on Dear Teen Me (Zest, 2012) being chosen as a Junior Library Guild selection.

Here’s a peek into this week in my writing life… 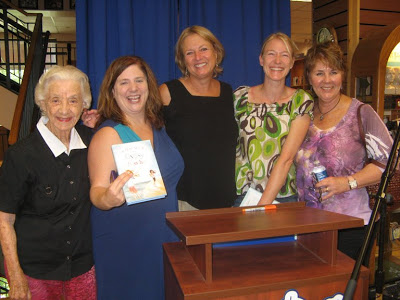 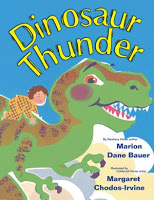 Re: Chronal Engine by Greg Leitich Smith, illustrated by Blake Henry (Clarion, 2012): “[T]his is exactly the book young dino fans would write themselves, crammed with sandbox-style action and positively packed with words like Nanotyrannus and Parasaurolophus. Great back matter clarifies fact from speculation, while Henry’s manga-inspired illustrations provide a good sense of the monsters’ scary scale.” – Booklist

Salima Alikhan speaks on “Writerly Despair: How to Be Inspired, Rather than Crippled, by Criticism” at 10 a.m. May 12 at BookPeople in conjunction with Austin SCBWI. 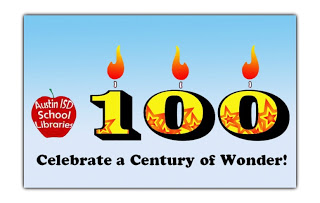 Cynthia and Greg Leitich Smith will appear at A Festival of Authors, in celebration of 100 Years of School Libraries in Austin, which will take place from 2 p.m. to 6 p.m. May 12 at Reagan High School in Northeast Austin.