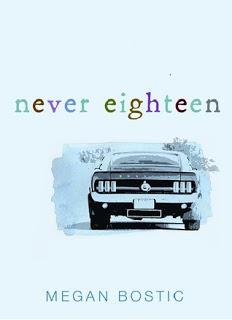 Megan Bostic is the first-time author of Never Eighteen (Graphia, 2012)(author blog). From the promotional copy:

I had the dream again. The one where I’m running. I don’t know what from or where to, but I’m scared, terrified really.

Austin Parker is never going to see his eighteenth birthday. At the rate he’s going, he probably won’t even see the end of the year. But in the short time he has left there’s one thing he can do: He can try to help the people he loves live—even though he never will.

But he has to try.

Pre-contract revision was rigorous. I’d written the novel during National Novel Writing Month (NaNoWriMo). For those of you who aren’t familiar with NaNoWriMo, it’s a nationwide event in which writers challenge themselves to write a 50,000 word novel in the month of November (yes, writers are masochists and a bit mad).

Needless to say, a 50,000 word novel written in thirty days leaves a lot to be desired. Sometimes it just needs to be scrapped. I happened to like my story, so I decided to get to work on revisions. I revised a couple of times, sent out queries, and though I was getting requests for partials and fulls, no one was taking. Back to the drawing board.

I had some people read it, writers, readers, people in the business, so I could get some feedback. After that, I did a major revision. I kept tweaking until I thought I could tweak no more.

When I revise, I always keep the old copy. I organize them by giving them numbers like computer programs, 1.0, 2.0, 3.0 and so forth. When I felt I could not change another word or punctuation mark, and had read the book so many times I knew it by heart (and never wanted to look at it again), I was at Mending Fences 13.0. (“Mending Fences” is the original title of the book— even the name got revised. The title is now “Never Eighteen;” I can thank my dad for that.)

I queried it out again, still no takers. Just about to give up and do some more revisions, when a friend gave me the name of yet another agent. I thought, what the heck, one more rejection before I make more changes. Well, the agent loved it. I almost didn’t believe her, rejection being all I’d ever known.

Of course, she wanted a few changes made.

I had to cut out two whole sections of the book. One didn’t hurt my feelings much, but the other had a surprise plot twist that would have had readers gasping!

Not anymore. She told me, cut the character or cut the scene.

I cut the scene. The character is still intact, though his major scene is very different now.

She was right though. Her vision made the book more believable. It works. When I was done with my agent’s revisions, I was at Mending Fences 15.0.

She sold my novel in two weeks to Houghton Mifflin Harcourt. So, after all the laborious rewrites–pre-contract, post-contract–nothing was that bad.

For example, line edits seemed like a cakewalk compared to what I’d already endured. After I turned those in, my editor came back with just a couple more notes, nothing painful, just a few adjustments here and there.

She actually thanked me for sending her such a “clean” manuscript.

Copy edits came next. Those are a pain. First of all, I had no idea how to read copy edit symbols, and your eyes get all wonky after looking at them for hours at a time. Still, once you get the symbols down, it’s pretty easy. Secondly, I had no idea how to do copy edits and started out by doing them all wrong. Luckily, when I found out how do to them right, I wasn’t too far into it.

Next came the first pass pages, which I decided to dole out to two other willing readers in order to catch all the small stuff that wasn’t caught before. Luckily, there were only a few.

After fifteen versions of Mending Fences and three of Never Eighteen, as far as I know, I’m done (crossing fingers, rubbing rabbit’s foot, and keeping four-leaf clover in pocket).

I guess in my case, I worked hard to make my novel as tidy as possible before it sold, which made the work post-contract much easier and nearly stress free. 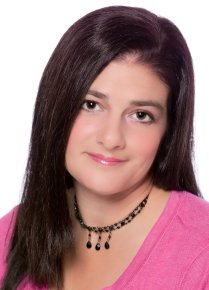 In my first round of queries to agents, most of them said they couldn’t connect with his voice. He sounded too old, too smart, too feminine. Many of the revisions I did were based on those comments. I had to keep a few things in mind while writing Austin. 1) He’s a guy, and I’m a girl. 2) He’s a teenager 3) He has a horrible disease.

Let’s start with number one. Part of my problem in writing Austin was that as he is a guy, I had to take away some of the descriptive words I would use had I been writing a female protagonist. Boys don’t describe things in depth. They make their point in the simplest way possible.

One particular scene I distinctly remember having to change was about shoes. Green high tops to be exact. In the original version, Austin blabs on and on about how he loved the green high-top Converse shoes his mom bought him before the school year started. The end result? “. . . It held the new pair of green Converse high tops my mom bought me before the school year started. Cool shoes.” Droning on and on about the shoes to “Cool shoes.” Big difference.

Concerning teen talk, when I found myself struggling I would go to my daughters, now 14 and 13. I’ve asked them loads of questions about slang. “What do kids call making out?” “What do you call nerds these days?” Things like that.

My oldest daughter was reading from one of my novels, and she started laughing. I asked her what was so funny, hoping she was laughing at the right spots. She wasn’t.

She said, “Handsome? No one says handsome.”

I should have known this because I can’t remember ever using the word handsome when I was a teen, or maybe ever. So, I picked her brain. We had tons of words to describe good looking guys when I was a teen—fox, booty, just to name a couple. Not so much these days.

I also listened to my oldest daughter talk to her friends. It’s a little different with girls. They laugh. They have tons of inside jokes. They can say one random word, and they’ll all start cracking up. Most importantly, they can talk without saying a word. One look can convey a ton.

Boys in particular use few words. So I used facial expression and body language with Austin—shrugging, the rolling of eyes, a tender gesture, sighing, smirking—to communicate with his friends and family.

Since Austin has cancer in the novel, I wanted him to be wise beyond his seventeen years, but, he still had to act and talk like a regular teen. This was maybe the hardest part for me, especially where dialogue was concerned. I almost felt like I was dumbing him down, and it made me mad.

I just had to find balance. Balance between teenage Austin and dying Austin. While I did “dumb him down” in his regular interactions with his friends, I kept that wisdom in his internalizations and his connections with the people he wanted to help on his journey.

One other thing I do to make sure the voice is right, is when I revise, I print out the story and read it aloud. It’s amazing how much easier it is to catch things this way, then just sitting at a computer reading to yourself.

Finding a characters voice sometimes comes naturally. With Austin, the fact that he was a boy, a teen, dying, and contemporary made it difficult, but in the end, I think he turned into your average teen with a view on life he could only have because of his disease.