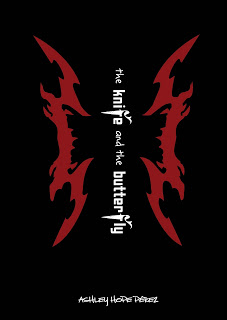 Just as I was finishing my first novel, What Can’t Wait (2011), I came across a news feature on a controversial gang fight in Houston and two teens who were involved: a white girl and a Salvadoran-American boy. I began to follow the story, and the idea for The Knife and the Butterfly started brewing.

As weeks and months passed, the boy fell out of the news while the girl remained at the center of media coverage. There were some good reasons for this uneven attention (I won’t go into too much detail to spare you from spoilers), but in my gut I had the feeling that the white girl’s story was told again and again to her advantage even as the brown boy had been forgotten.

I couldn’t stop thinking about that young man—about what I knew of him from the papers and about all that I didn’t know about him. I wondered what stories he would tell if there were someone to listen to him. I wondered who he was besides another kid in a gang. And I started imagining Azael, the protagonist in The Knife and the Butterfly.

At first, I felt limited in my writing to what actually had happened. If The Knife and the Butterfly was inspired by an actual event, I reasoned, didn’t I need to stick to the facts?

But pretty quickly I realized two things about my project:

(1) I had to ditch some of the facts to accomplish what I wanted with the novel.

(2) I didn’t just want to write Azael’s story; I wanted to rewrite the rules of his world. 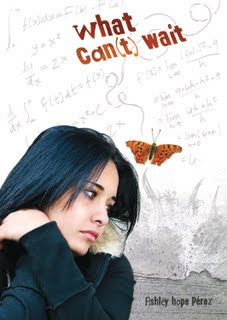 If Azael could change some part of the outcome of that terrible afternoon, could he change himself in the process?

Many of my decisions in writing the novel were made as I worked out the consequences of this proposition.

I had to ask myself how this sort of second chance would manifest itself in Azael’s world. Where would he be, what would it cost him, how would it look, and what would he discover along the way? And who else might he change?

Starting with a real event helped me ground The Knife and the Butterfly firmly in the everyday world of my characters. Intervening—even just a little—in the rules of that world gave my characters a chance to decide on the ending of their story.

Ashley’s books are published by Carolrhoda Lab. These days she’s living and writing with her family in Paris. See also a New Voice interview with Ashley on What Can’t Wait.