I became a children’s book author by accident. And I very nearly ruined the title of my debut.

When my older son was four years old, he was plagued by nightmares for two weeks. Night after night, he woke up crying that he was being chased by monsters in a really scary place. I did what parents do: I told him that the monsters weren’t real and couldn’t hurt him, that the dreams were just his mind working overtime, and that the nightmares wouldn’t last forever.

This, of course, did nothing to reassure my son. His dreams were terrifying and they were happening every night.

Fortunately, he solved his own problem. One night, he dreamed about a little boy who looked just like him, right down to the orange hair, who also had the same name: Felix.

This other Felix knew how to fight monsters.

My Felix’s bad dreams ended with a dramatic battle in which the last monster was flung from a great height and entombed in ash. I think he had seen something about Pompei in National Geographic. 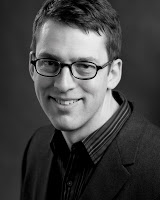 When he told me all this, I thought it was amazing fodder for fiction. I walked out of his room, sat down at my desk, and made some notes.

I was planning to write a short story, about ten pages or so, which I would read to Felix and his little brother, Cosmo.

I have published four novels for adults, so I know a little bit about storytelling, but writing for kids seemed way too hard. I just wanted to entertain my sons with a personalized story.

But once I started writing, I couldn’t stop. I had been freed from the shackles of grown-ups’ expectations and was having way too much fun.

By the time I finished, I had a short novel.

I thought, You know, this isn’t bad. I showed it to my friend and colleague, Ilene Cooper, who knows a thing or two about writing kids’ books. She told me I could probably publish it if I was willing to revise it.

Was I ever. Ilene gave me some smart notes and I did another draft. I still hadn’t shown it to Felix and Cosmo, though. Once my own imagination took flight and I pictured myself as a children’s book author, I decided it would be much more fun to read to them from a handsome hardcover edition.

After still more revision, the manuscript made its way to Roaring Brook Press. They were enthusiastic enough to offer me a two-book deal. A story that began in a little boy’s bad dreams was now a dream come true.

Now, the title of the book had always been The Other Felix. And that made perfect sense when I was just writing for Felix and Cosmo. But now that the book was going to go out into the world, I began to have doubts.

I worried about bringing unwanted attention to my son. I worried that I would take bad reviews of my book as an attack on my own flesh and blood. I also worried that Felix would get a big head and think he was famous.

I tried maybe a hundred other names—The Other Aaron, The Other Albert, The Other Alex, The Other Avram, and so on—but none of them worked. To me, The Other Felix was perfect. (I admit I’m biased.) Exhausted, I decided to keep the title as it was, but I still wasn’t sure I had made the right decision. Of course, Felix solved that problem, too.

“You realize that this book isn’t about you,” I said one day. “Really, it’s like there are three Felixes: you, the Felix in the book, and the Other Felix.” 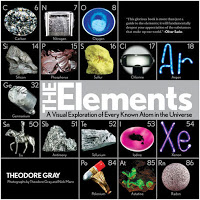 He looked at me like I wasn’t very bright. “I know that, Dad.”

At least he didn’t say duh.

It takes a long time to publish a book. This spring, when Felix was six, nearly seven, I finally received an advance copy. I couldn’t wait any longer: I read it to him and his little brother.

They both liked it. Felix told me it was his favorite book. But, honestly, I think he likes The Elements: A Visual Exploration of Every Known Atom in the Universe by Theodore Gray (Black Dog & Leventhal, 2009) better. Felix is a science guy at heart. Heck, I think he likes the Wimpy Kid books by Jeff Kinney better.

And I couldn’t be more relieved.

(Astute readers will have noted the presence of my younger son, Cosmo, in this narrative. There’s a lot riding on the next book!)

2 thoughts on “Guest Post: Keir Graff on The Other Other Felix: How I Titled My Book”