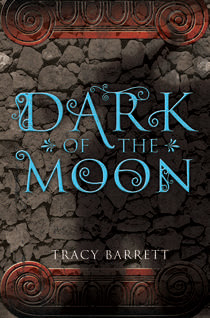 “It’s a retelling of the myth of the minotaur,” I tell people who ask me about Dark of the Moon (Harcourt, 2011). Then, depending on how much I think they know about the myth, I add either, “You know, the half-man, half-bull that lived in the labyrinth?” or “…told by Ariadne, the minotaur’s sister, and Theseus, his killer.”

That description makes me uncomfortable, though, especially if I get a follow-up question about the “real” myth and how I’ve “changed” it. Because the truth is, myth by its very nature is a constant retelling, and the minotaur myth that most of us are familiar with is itself a garbled retelling of rituals from a culture very different from classical Athens, the society most of us think of when someone says “ancient Greece.”

I’ve always had a lot of questions about the minotaur myth. So many things about the story don’t make sense:

• Greek mythological creatures that are part human and part animal (satyrs, centaurs, tritons, etc.) are human from the top down, and change into animals at the waist—with one exception: The minotaur has a bull’s head and a human body.

• The labyrinth is hardly a secure prison for a man-eating monster. Granted, the minotaur isn’t too sharp, but after years and years, wouldn’t he stumble out at some point?

• Why would Ariadne help a stranger from a foreign country kill her brother?

• Why does that stranger take her away and then dump her on an island? Why not just leave her on Crete?

• How could you possibly not notice that you’re flying a black sail, when you told your father that this would be a signal that you died?

• Why would a king who sent a previously unknown son to his certain death commit suicide when he thinks that the son has died?

So I plunged into research.

The culture of ancient Crete is pretty much a mystery, but some things are known. Cretans worshipped the moon (“Pasiphaë,” the name of Ariadne’s mother, means “she shines for all” and “Ariadne” means “most pure”—obviously the moon and her priestess). 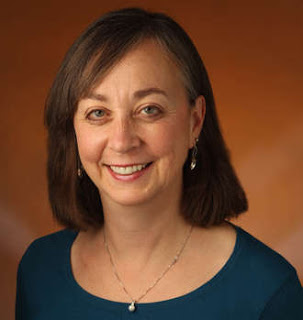 They also revered the bull. Athenian travelers might have witnessed a ritual in which a priest wearing a bull’s head mask symbolically wed a priestess. Those same travelers might have seen the so-called palace of Knossos, ancient Crete’s most important city, marked with a double-headed axe—the labrys, symbol of power—and the maze of rooms in its basement.

They made what sense of it they could, perhaps adding the part about the “monster” devouring Athenian children either to symbolize the tribute that Crete demanded from its neighbors, or to justify their own attempts to take power over the Aegean Sea. They retold the story and gave us what most people think of as the original myth.

My own retelling is an attempt to re-imagine Cretan society and religion, placing Ariadne, who serves merely as a plot-device for the Athenian re-tellers, at its center. She questions her faith, her traditions, and her family ties in a quest for her own truth and autonomy.

In a starred review, Kirkus Reviews calls the novel “a historically rich reworking of Theseus and the Minotaur.”

In the video below, Tracy presents a Research Tip of the Day from Tina Nichols Coury.