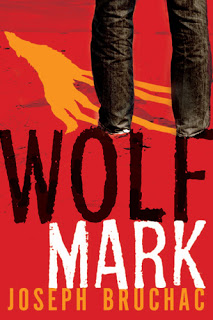 First of all, I’ve been a fan of fantasy and science fiction for most of my life.

One of the happiest weeks of my childhood was when my grown-up cousin Bobby, figuring I was old enough (having turned twelve), showed me his collection of sci-fi and fantasy paperbacks. More than three hundred of them were carelessly stacked on the floor of my uncle Harry’s unheated attic.

I took them all, loading them thirty at a time in the basket of my bike pedaling the two miles home and then two miles back to get more. Van Vogt, Lord Dunsany, Heinlein, Bradbury, Asimov, Clarke, Howard, Vance. . .

I still have most of them, their yellowed pages and the prices on their covers (none more than 35 cents) reminding me how many decades have passed since then. And in those decades I’ve continued reading fantasy and have even taught courses in it on the college level.

Secondly, I’ve also always been a person who loves and feels a strong connection to our animal brothers and sisters, so much so that when I went to Cornell University I spent three years majoring in Wildlife Conservation before changing my major to English after taking several creative writing courses and embarking on a career as a successful poet who also wrote fiction and eventually ended up–after having my own children–as a children’s writer. 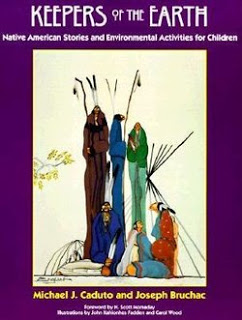 Among those books for young people (and teachers) is the “Keepers of the Earth” series I co-authored with Michael Caduto, which uses American Indian traditional stories to teach science.

And then there is my Indian background, my interest in the real history and authentic culture of my own Abenaki ancestors and those of the other first nations of this continent. That interest is reflected in my work as a traditional storyteller and in most of what I write.

And I am deeply committed to pointing out whenever I can that American Indians and our cultures are neither vanished nor irrelevant relics, but part of the fabric of American life today.

So, when I first came up with the idea of writing Wolf Mark (Tu Books, 2011), I brought to it not only a wide knowledge of the field of fantasy but also a great deal of knowledge of the natural world, and a desire to reflect American Indian culture in a way which was neither stereotyped nor one-dimensional.

(One aspect of American Indian cultures, past and present, is a good sense of humor–often ironic and self-mocking. I’ve tried to use that indigenous sense of humor in the book and hope that readers find themselves laughing while they read it as much as I did while writing it.)

The best fantasy works for me when it is not just based in imagination, but in a world that seems as if it could–or should–be real.

Thus, in creating the setting, the characters, and the overall story, I did an immense amount of research. That research was not just into the entire werewolf mythos–in folklore, film and print–but also into such esoteric fields as firearms, spy lore, Russian rock and roll and contemporary Russian teenage slang. I also blended as much literature as I could into the story, not just in my translation of a poem or two by Anna Ahkmatova, but also places where I have paraphrased or quoted poetry from the past.

I should also mention that I’ve been studying and teaching martial arts for over three decades and hold the rank of Master in the Indonesian fighting system called Pencak-silat. So those moments when Luke makes use of his training reflect that reality as well.

Most importantly, I tried in writing the book to honor an important part of my Abenaki storytelling tradition–the part that emphasizes that a good story must always have at least two elements to it. The first element is that it must entertain. The second is that it must teach. I hope I’ve succeeded in sharing a story that’s not just exciting but also a sort of morality tale.

The last thing I want to mention is the difference I hope the reader sees between most werewolves and Luke when he puts on his second skin.

Rather than losing control and giving way to a “bestial nature,” Luke simply becomes more himself. And that is as it should be, for the wolf is not a figure of fear to American Indians. Wolves are regarded as teachers, as scouts, as role models. There never was a war between us and the wolf, but a relationship of respect.

And anyone who has been around real wolves–as I often have–knows what powerful creatures they are and that they have no desire to cross our paths or attack us.

True, we do have traditions in most of our Native cultures about “skin walkers,” humans who use power in a twisted way to take on an animal shape. But we have just as many if not more stories about people who are adopted by animals, who become animals themselves without any desire to harm humans or do the sort of things that are usually caused by human jealousy and greed and desire for power.

The characters in my novel who are that kind of “skin walker” are to be found in the Maxico Corporation and have nothing to do with American Indian legend, though you could see them as connected to the European werewolf archetype.

There’s a lot more that I could say about the writing of Wolf Mark–a journey that sometimes took me in unexpected directions.

But I’ll end this here without going much further into the story–and possibly spoiling it for those who’ve not yet read it and would be happy to do without further critical exegesis…such as my pointing out the places in the novel where I have gently parodied some of the cliches in werewolf stories or reflected a bit of Poe or Lovecraft or Lon Chaney.

But I will nod to one more writer who has been an influence on my career and my worldview. Walt Kelly, whose Will Rogers-like possum Pogo pointed out another of the crucial points I wanted to make in Wolf Mark: “We have met the enemy, and they is us.”

Teatime Tuesday with Joseph Bruchac by Debbi Michiko Florence from DEBtastic Reads. Peek (on his writing space): “It’s at the end of a dead end road, next to a seven acre pond with hundreds of acres of wilderness beyond the 12 acres I own there. I can hear the wind in the trees and the sound of leaves falling to the earth and I’m visited often by deer, wild turkeys, and can find the tracks of bears and moose nearby, though they’re seldom seen…”