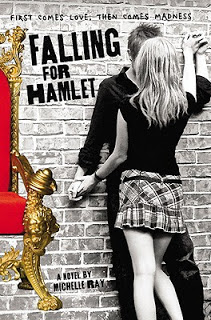 Michelle Ray is the first-time author of Falling for Hamlet (Little, Brown/Poppy, 2011). From the promotional copy:

She lives a glamorous life, has a royal social circle, and her beautiful face is splashed across magazines and TV. But it comes with a price — her life is dominated not only by Hamlet’s fame and his overbearing royal family but also by the paparazzi who hound them wherever they go.

After the sudden and suspicious death of his father, the king, Hamlet spirals dangerously toward madness, and Ophelia finds herself torn between loyalty to her boyfriend, her father, her country, and her true self.

This is a contemporary retelling of Shakespeare’s “Hamlet” from Ophelia’s point of view filled with drama, romance, tragedy, and humor.

And this time, Ophelia doesn’t die.

As a kid, I wasn’t like many writers I know: constantly reading and with dreams of becoming a writer. I was smart and always loved books, but I had varied aspirations. I dreamt of being a pediatrician, a teacher, a women’s rights activist, a crossing guard (seemed glamorous to my kindergarten self – all that power). 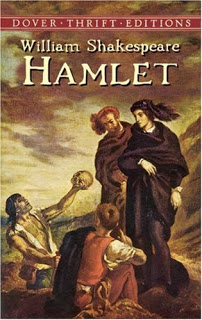 Eventually, theater became my thing. My novel, a modern retelling of “Hamlet” from Ophelia’s point of view, is probably a bridge between my desire to write and my roots in drama. I always loved fast-paced stories that involved tragedy, and Falling for Hamlet has both.

My love of Shakespeare has lasted for decades. My first Shakespeare memory involves watching “Romeo and Juliet” on TV with my parents when I was little. It was gorgeous and romantic, and it made my entire family cry! The power of the story overwhelmed me. What truly amazed me was that, even though I couldn’t understand all of the words, I still got it.

I try to tell my students not to get caught up in every word, but to get the gist and let the feelings wash over them.

Another memory I have of loving Shakespeare is being taught “Hamlet” in fifth grade. I loved it so much that I named the parakeet I got that year “Polonius” (Ophelia’s dad). Nerdy, but true.

In middle school, I had tremendous English teachers who brought Shakespeare alive. One teacher did things like gather fallen leaves from the balcony outside the classroom and spread them on her desk for Juliet’s funeral bier. Wow!

As a reader and an audience member, I love Shakespeare’s genius in creating believable romance, drama, and revenge, as well as the challenge of the solving his word puzzles to make meaning of the whole thing. Plus, the language is beautiful and dirty and romantic and daring and just plain awesome in the truest sense of the word. 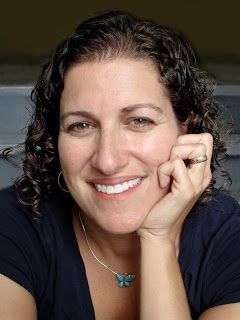 I do not consider myself especially tech-savvy, but technology absolutely had to be a part of my story. First of all, I know that my students and their peers are constantly texting, emailing, and posting to Facebook (actually, when I began Falling for Hamlet, Facebook wasn’t a thing, so it didn’t make its way into the story). But not to include multiple forms of technology in a contemporary story about teen life would be absurd.

Additionally, technology allowed Ophelia to witness many important moments that she was not privy to in the original play, “Hamlet.” For instance, in my novel, she watches video surveillance tapes, overhears conversations via cell, and receives texts and email updates on Hamlet’s mental status from their best friend, Horatio. My favorite plot point is when Ophelia’s dad breaks into her email account and downloads love poems from Hamlet.

The danger, of course, is that technology does change so quickly. Consider movies from the 1990s when people pull out their cell phones and they’re as big as bricks. We all laugh and point. But as a writer, it’s terrifying to think of writing in the equivalent of the two-hands-needed mobile phone.

Two big things have changed dramatically in the years since I began writing Falling for Hamlet: the iPod and video chat.

1) I wrote about Horatio nervously fiddling with the iPod wheel, and a copy editor suggested changing it since those were vanishing and she didn’t want the book to seem dated. Carrying music on phones and on other devices wasn’t a possibility when I began, and it shocked me how quickly it happened.

2) I needed Ophelia to see a climactic incident while talking to Horatio, but she couldn’t be there. Originally, they were talking via cell and the event was televised, but that needed to change. I had an idea for video chat on their cell phones, and contacted a friend who works in the tech industry to find out if such technology existed. She said it was coming and sent me to a website that was advertising this new capability.

In a draft, I wrote about it, and got this comment on the manuscript: “Please explain. I don’t understand how this works.”

I added something like, “Ophelia, it’s like Skype, but on your cell phone. You’ll be able see what’s happening here, and I’ll be able to see you.”

Well, by the time we were doing final revisions, the technology was being advertised around the clock and it seemed everyone’s phones could do it. I frantically emailed my editor and we deleted the line. A small fix, but my greatest fear of being out of step could have been realized.

4 thoughts on “New Voice: Michelle Ray on Falling for Hamlet”